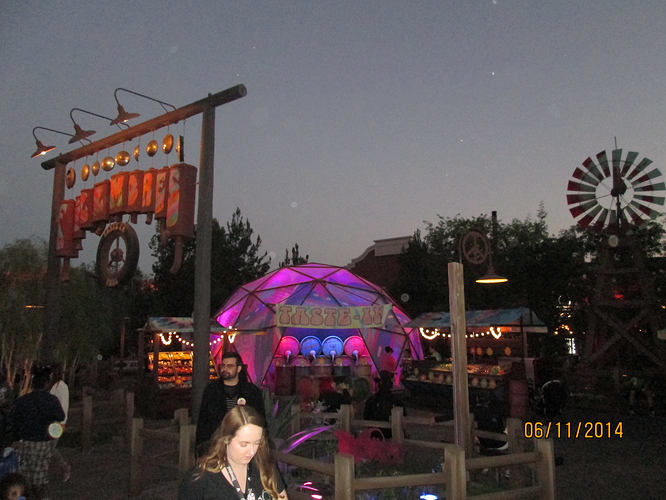 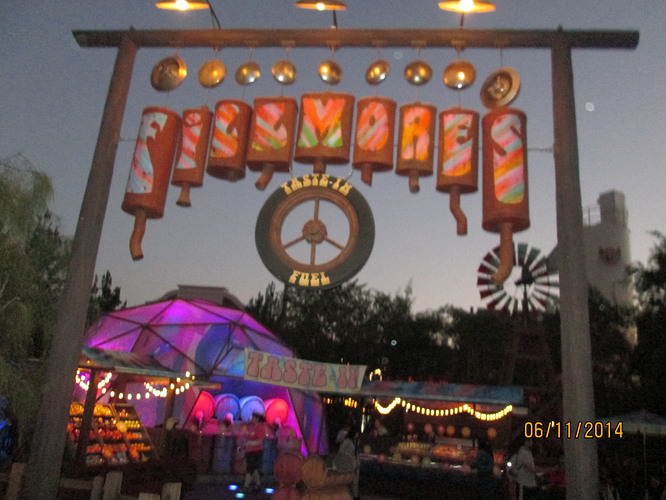 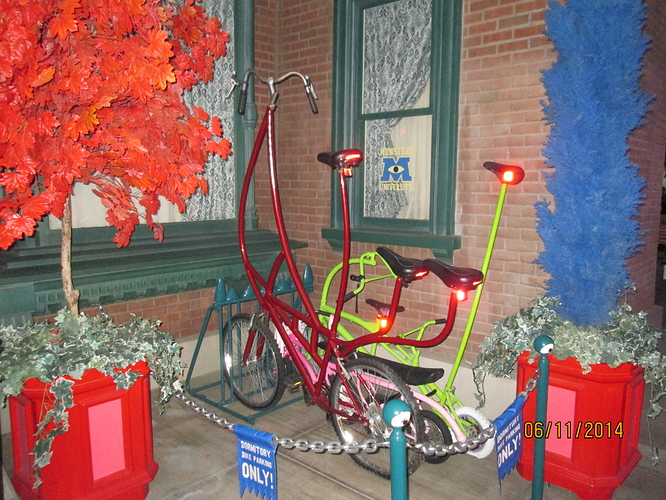 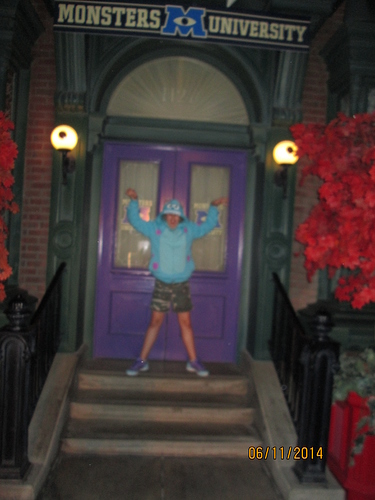 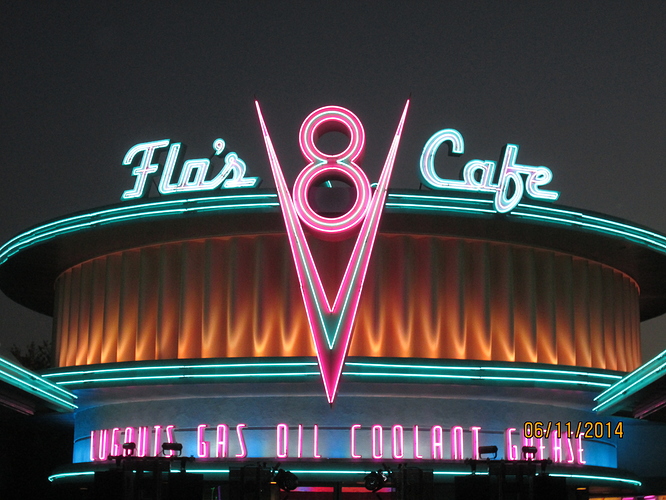 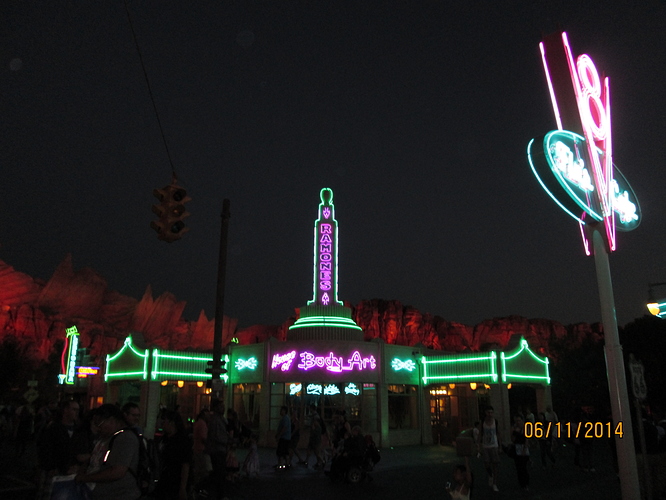 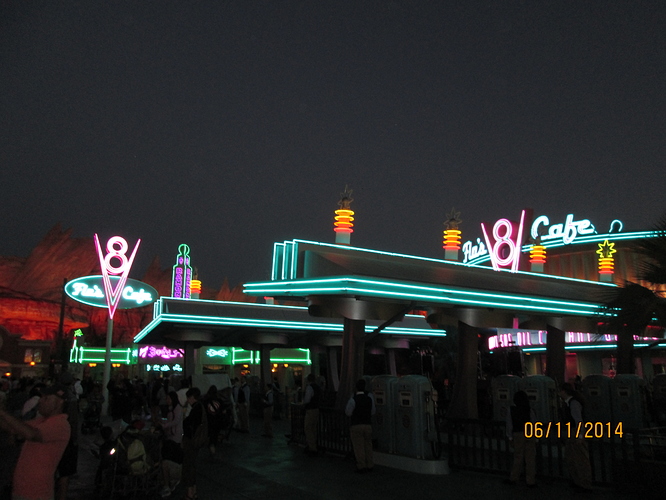 I meant I know the anniversary was yesterday. The Lunar New Year pics are from January 2020. Ha ha!

I knew the pictures not from this year.

Oh! Yes, they do! It’s very cool. Just a small procession to the performance area in front of Little Mermaid and then some performances. There are dancers, drummers, etc. Plus they had food booths with Asian inspired cuisine. And the characters all dressed up with meet and greets. We loved it! My daughters are adopted from China (you may know that, but I don’t want to have the expectation that everyone remembers everything I’ve ever posted!) so Lunar New Year is important to us. We actually adopted DD20 on the first day of the Lantern Festival 20 years ago!

Edited to add this photo which I know I posted up thread but wanted to let you know it was from one of the Lunar New Year food booths. 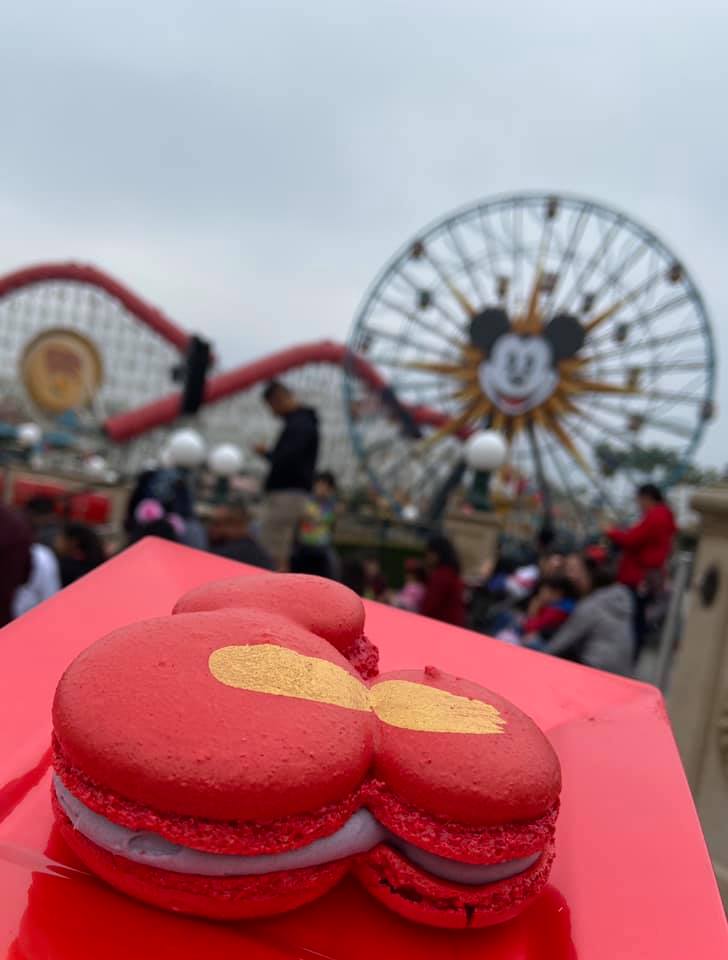 There is so much I want to see and do when DLR opens again! Thank you for sharing! I

I didn’t know your daughters are adopted. The ethnicity and skin color don’t matter. Your children are your children. They are precious.

You probably know more about Chinese festivals than I do. My parents didn’t do a good job passing on those traditions. The only Chinese festival we sorta celebrate is the Lunar New Year, which is this Friday, the year of the ox. Sorta means that we’ll have one fancy Chinese restaurant meal with each side of our families and call it a celebration. But we will not do that this year.

We have given out red envelops but I told DSIL that we are going to discontinue that tradition. All the kids are adults. In modern times, it can be demeaning to receive the red envelops as long as you are not married.

Sounds like you and I celebrate Lunar New Year about the same! I used to send red envelopes with either chocolate coins or Chinese money we had brought back from China to give to Chessie’s classmates. That feels like long time ago! The Lantern Festival is two weeks after the start of Lunar New Year and I really only know that because everything was so festive in China when we adopted her and we learned all about it.

I hope they continue the DCA festival for Lunar New Year. Two years ago, I was at Disneyland with my niece and her family. I wanted to see the Lunar New Year procession so bad. It featured the Three Little Pigs dressed in Chinese traditional costumes. I hopped over to DCA, but I had just missed the last procession. I made sure I was there for the 2020 festival.

They also did a Christmas festival celebrating Latin cultures called Viva Navidad that I really enjoyed. Since California has so many Asian and Latin communities, it makes sense for them to celebrate those cultures.

It’s time to get an AP to DLR again, when it is available.

That was the first time I went on a trip with Liners (I think). November 2014? The start of many fun trips over the years.

Thanks for all these pictures. I am so hoping DL and DCA can open by summer. I miss it (and you guys) so much!

We laughed so hard that night, so much fun!

They really do an amazing job of celebrating the Lunar New Year too. DD and I met family getting on at Union Station on the Amtrak that gather every year just for what they offer. 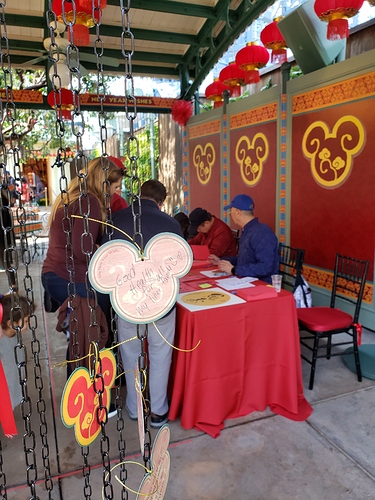 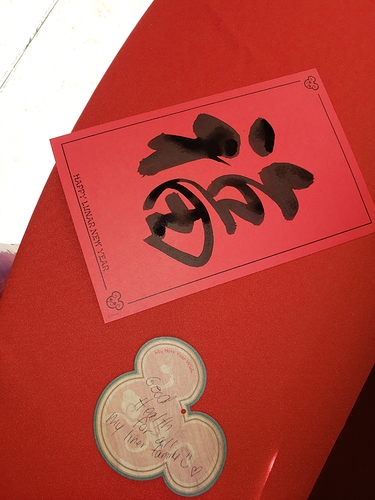 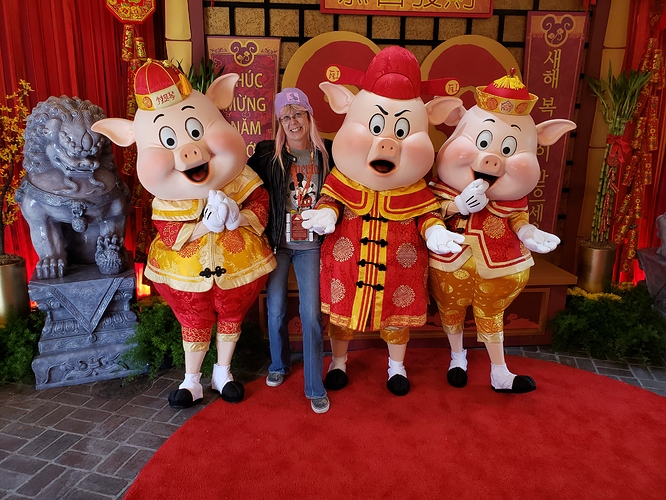 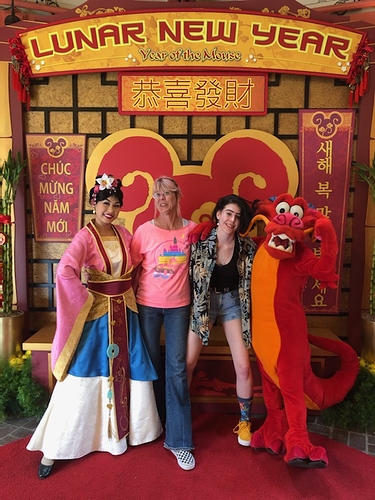 I can not wait!! Jessica and I are going nutso! I am stalking the tea once the Hotel opens!

I am joining you for those teas!

I can’t wait for you to join us and see how awesome it is!! 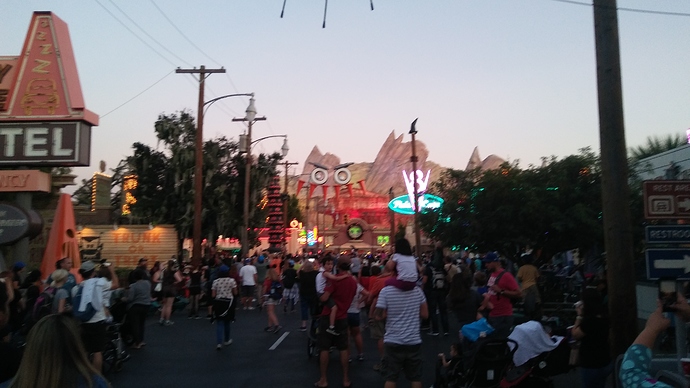 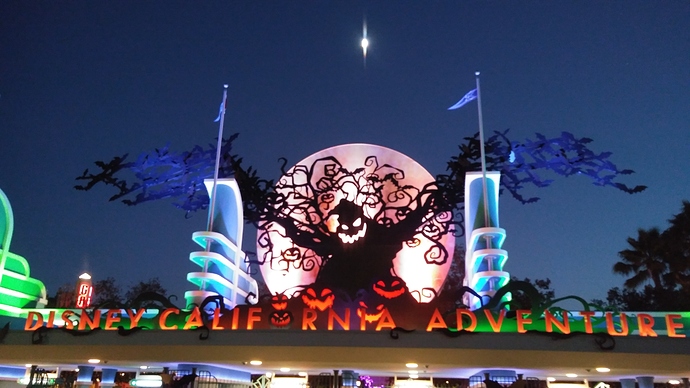 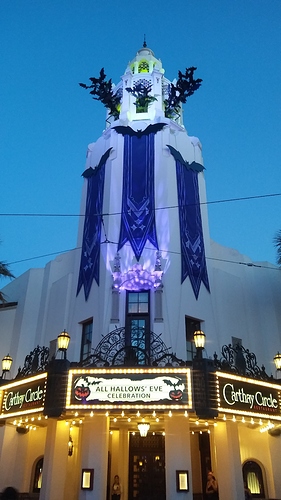 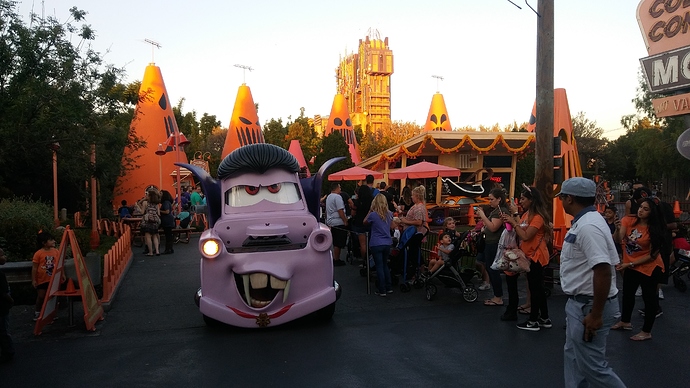 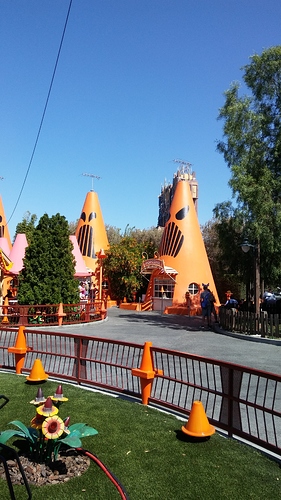 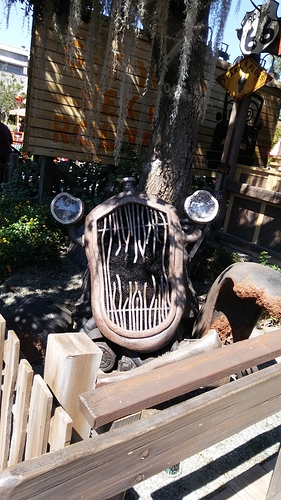 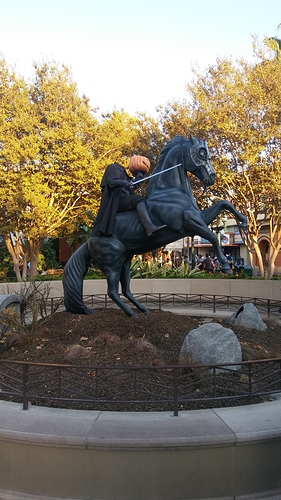 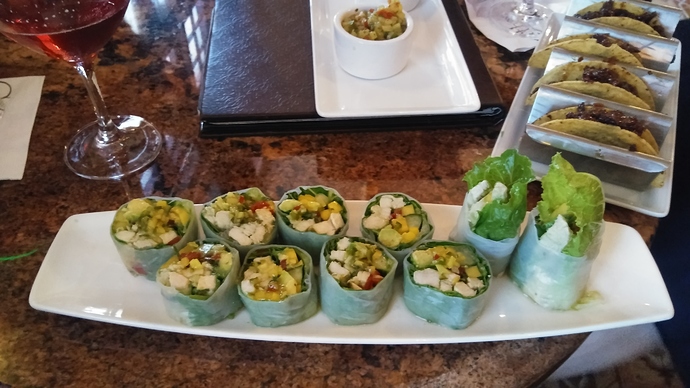 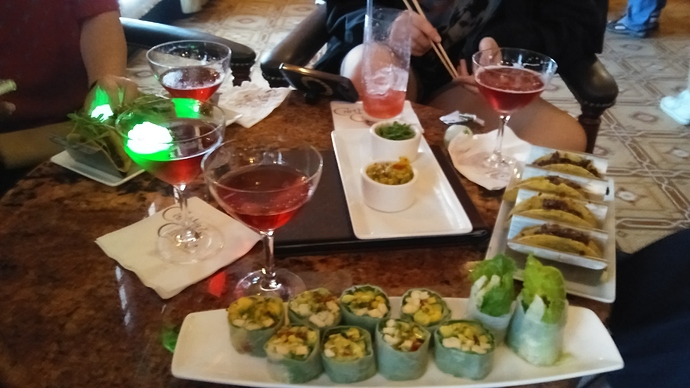 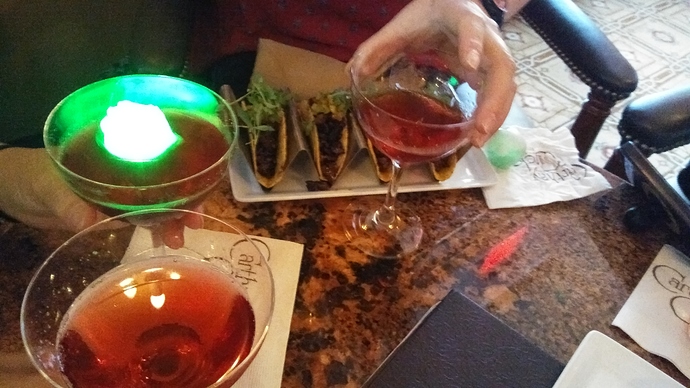 I want to join, too!

You are definitely welcome to join too!

Oh! I want to join also! I spend so much time living vicariously through all of you, and your pics, and your trip reports that I feel like I just need to tell my family that I’m off to DLR without them (and their complaining) so that I can meet my “Disney Blog” friends in person.

you are joining us too!!