This Is Why We Can’t Have Nice Things …

I suffer from anxiety, so witnessing a fist fight in a space where I can’t leave would ruin my day .

And I watch too many horror movies, so I probably won’t be going to Tom Sawyer Island on solo trips. Reports claim a man in camo with a hatchet. 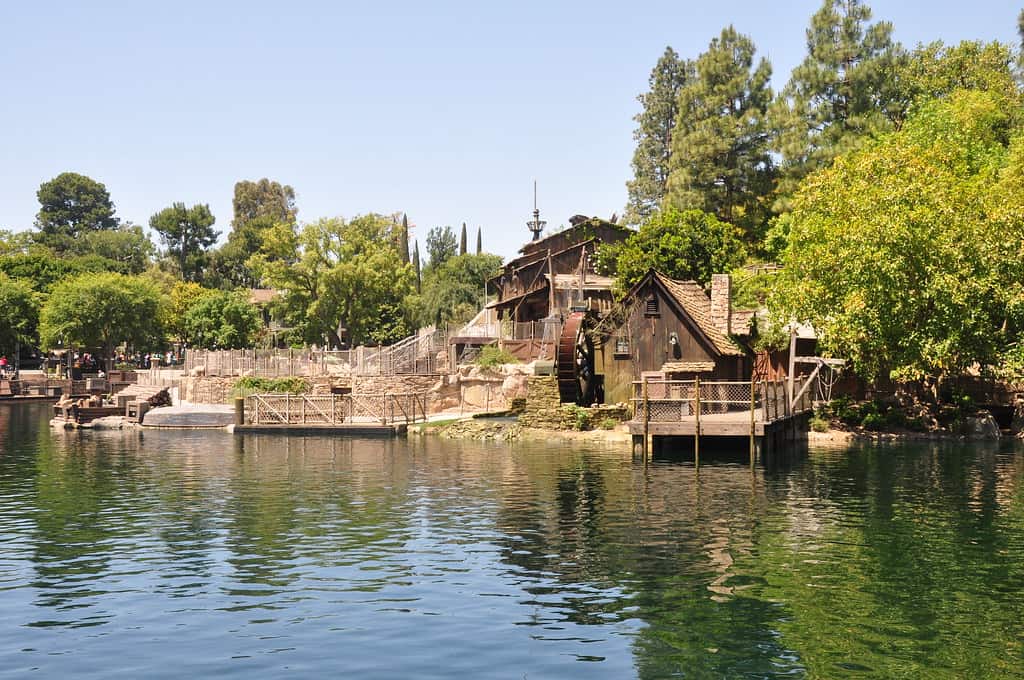 Tom Sawyer Island at Magic Kingdom in Walt Disney World has been reportedly evacuated. Here is everything we know.

I read somewhere (via the DIS) that it looked like it was a teen who had broken off a prop axe that was fixed to a shed. He was apparently arrested on the island.

This makes sense. I couldn’t fathom how anyone could sneak a hatchet past security.

I wondered what would cause adults to get in a fist fight at WDW, or anyplace really. Reading the comments attached to the video was very …enlightening. Someone witnessed a fight that started when a man using an ECV was told “You shouldn’t be here if you can’t walk.”

You have to think about all the mental issues that COVID has reportedly worsened in the past year. You throw those people together in parks where people are (over)paying thousands, it sets things up for bad behavior. Not to justify such things, but I think we are likely to see a lot of bad behavior in general from folks who are just not coping well.

The best we can do is offer grace to those who are struggling. Perhaps it just plain selfishness…but there might be more to it than we can understand.

Having said That, it is no fun to watch or be around. Back in my high school days, when a fight broke out, while everyone else would run to the fight with excitement, I was the one heading in the opposite direction

Tom Sawyer island always feels deserted to me. That would have scared the mess out of me.

The fight on the ferry gave me pause. It’s the end of the day. I would likely be tired and ready to crash. That would have ruined my day. Smh.

This makes me sad, too. When I was young, and into high school, TSI was jam packed with longish waits to get across the river. I recall being on the barrel bridge where it was so full, you couldn’t fit more people on it if you tried. Now, you’re right…seems deserted.

Perhaps it is because people are (over)paying thousands and there just doesn’t seem to be enough ROI for what is over there. The days of meandering could be over for many if they are trying to just squeeze in the headliners on a shorter trip.

Also - do as many people recall/read/remember Tom Sawyer now as 25 years ago? My kids are possibly in the minority.

I’m trying to recall the last time we visited, early 2000s I’d say. There wasn’t much left to do. We didn’t even plan to take the great granddaughters in 2019.

This is SO sad. But it will not deter me from visiting the island

I did some looking around on the internet.

We might have to revisit Tom’s Island next trip. I don’t recall any mills or mines. The barrel bridge was closed last couple times. Maybe it was being fixed.

We went to TSI for the first time ever this past trip in August. We carved out time especially to see it. We all loved it! DS loved the barrel bridge and just exploring all over.

My kids loved TSI! I just wish they would build a tunnel under Rivers of America to get back and forth without having to wait for the ferry! (At least as a backup!)

I’m not going to let this idiot get in my head cause there are people like that everywhere and Disney does a good job at keeping the parks as safe as they can be. But still disappointing.

Took my DD over to TSI for the first time in July. She loved it, especially the barrel Bridge and the fort. It feels like this “farm” near us that does a fall event with huge slides a hayride with props, corn maze, total cheesy fun. And you are standing in the middle of the woods in the middle of MK.

TSI is a stop almost every time we are in MK. It’s a quiet spot when DH needs a break from the crowds, and the kid still loves to run around all over the place.

My kids are older (DD20, DS17, DS11 twins) and TSI is still on their “must do” list. They specifically requested we allocate more time to just hang out there.

It is worth making sure they watch at least one Tom Sawyer movie first so they’ll catch the references.

My husband’s dream retirement job is driving the ferry back and forth at Tom Sawyer’s Island.

I don’t think we’ve been to TSI since 1998. I found my trip report notes from that trip yesterday. I remembered it being hot and uninteresting, but I was 32 years old; I’m not sure I was Tom Sawyer Island’s demographic. I might have loved the place if I’d been 8-10 years old.

The news report I saw said it was a teenager who had ripped a prop off a wall; I am kind of a bleeding heart liberal, so I wanted to say, “how many people did super stupid things when they were teenagers.” My husband was of a different mind, hopes the kid had the book thrown at him/her for scaring people like that.

I’m much more disturbed by the fight on the ferry. I feel like the world has become destabilized in the last 5 years. Hm. I wonder what contributed to that decrease in civility. It couldn’t be world “leaders” who participated in violent rhetoric, could it?