THE VOID and HANES T-SHIRTS at Disney Springs - have you been?

We’re thinking about getting tickets to THE VOID (for the Star Wars experience) in September of this year. Has anyone been? What was it like?

Also, thinking about trying the HANES T-SHIRTS (custom shirt) place near there… wondering if anyone has done that, and what their experience was like.

ALSO - which garage should we park at for that… the Orange or the Lime? It would be the garage furthest away from the Circ de Solie (spelling, apologize).

I have been to the t-shirt store. I had a positive experience but I did not realize that there was a long wait for it to be completed. I believe it was one to two hours? You should plan to create your shirt and then return.

Orange is closest to Cirque de Soleil/Entertainment. Lime is the middle of most of the shopping/VOID.

We haven’t been yet (our trip is in October). I’ll be curious to hear your thoughts.

My stepson and I watched videos about it this weekend and it looks great - he’s very excited.

They said it was about 15 minutes long, they headset is a modified Oculus Rift. You also wear a vest to track movement. I also saw that it was immersive, in that, if you open a door in the VR, you open an actual door in real life.

In a couple of the videos we saw, the game had to be rebooted and the players got another turn through. Those were from December 2017 though. I looked to see what availability was like and on Saturday, there were lots of same day slots for that night. Cost was $35.

Let us know what you think after!

Let us know what you think after!

Will definitely let people know what we experienced. I’m slightly concerned because of the possibility of motion sickness, but others have said it won’t be a problem. If I can manage MISSION SPACE ORANGE, I should be OK with this

We’ve got some pretty cool custom ears for the trip too. I’m a rabid SW fan, check it out! 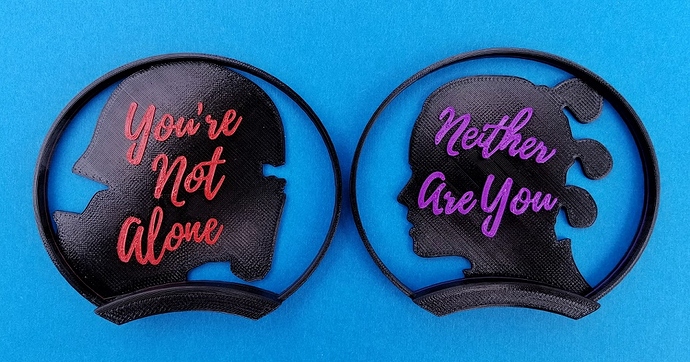 Nice! I’ve been thinking the same thing on the motion sickness, but I’ll try it!

Have a great trip. Love the ears!

We just did The Void in June and it was beyond fun! We had such a blast. I would definitely do it again!

We just did The Void in June and it was beyond fun! We had such a blast. I would definitely do it again!

I’m curious as to what it is. I mean, is it like a glorified game of Laser Tag, but with VR? I’m not really a fan of first person shooter style games. I can have fun at Laser Tag, but I’m really bad at it and find it somewhat stressful. Not sure how this compares.

We did The Void when we were there in May and had a lot of fun! You go in with groups of 4, so we were with another couple. They suited us up with our helmets and the vest which carries all the equipment for the VR…and then you’re in the middle of the story! I get very motion sick so I had on the motion sickness patch and wasn’t bothered at all by this!

The only thing I had a problem with was feeling like I was going to fall to my death when you see yourself having to walk across one. Like, my brain knew I was probably in a hallway with no way to fall, but it also was telling me I was definitely going to fall down and die!

Thank you for mentioning this! I just got patches to take on my trip. I get so sick now, I’ve been worried.

It’s not like laser tag in that you’re not running around a room trying to shoot at other people in the room. It’s more like a video game, sort of. You do walk around, but it’s controlled and it looks/feels like you’re on a space ship. The “enemy” in the game shoots back at you. My son said he felt his vest vibrate when he got shot, I was clueless. Although come to think of it, I did think I ran out of bullets. Probably I was dead. You’re on a mission for something or another, with different tasks along the way. For example, we were in one room where the bad guys were shooting at us trying to get in and we had to shoot back at them, while also entering in a code to close the door. It requires teamwork. We were a group of 6, so they split us up 3 & 3. Pick your friends wisely. I was with my DS19 and DD14. We had much more fun than the other group (DH, MIL, DS22).

We did the Void last week - highly recommend it. My son and I loved it. Lots of fun - very immersive experience that was really cool. If you’re a Star Wars fan at all, it’s great. The setup getting signed in etc. could have been done better, but the actual experience was all good.

OMG, now I’m getting excited people to try the Star Wars goodness! Thanks to @PrincipalTinker 's info, we’re going to go make shirts first at the Hanes place, so that they can get it done (takes time) while we shop and play at the VOID.

QUESTION
What are your favorite things to do at Disney Springs?
(choose between one and eight options… go nuts!)

Wow! Look at those advanced user skills being used!

Thanks to YOU, my Jedi friend.