The good the bad and the ugly part 3

Day 3 in the parks MK 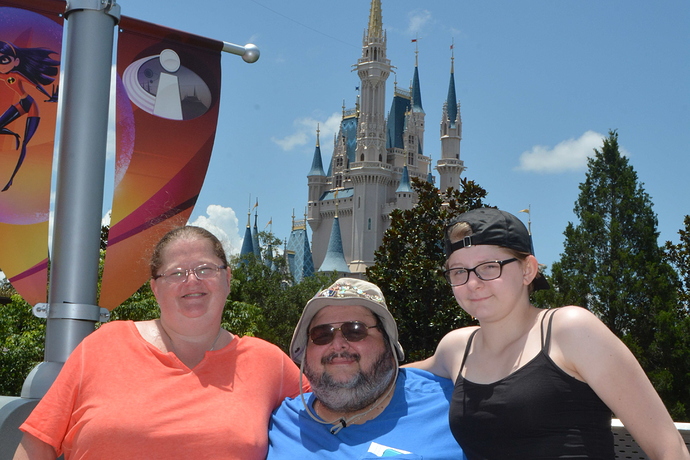 9 am start, IaSW, 9:15 FP PPF, MPM, all missed because we slept in. 10:10 BOG we just made it. We asked for a extra tray of pastries and enjoyed all but one. DD thought it was a chocolate muffin but she was wrong I tried it and could not tell you what it was. 10:45 FB ETwB no ECVs allowed but they did have a wide wheelchair so that worked. 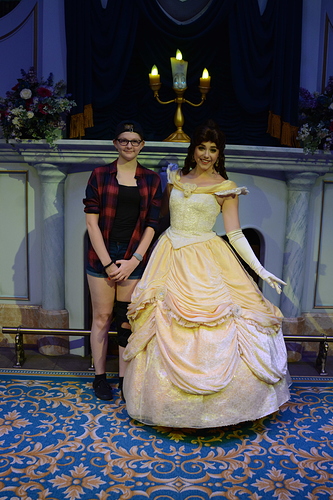 PhotoPass_Visiting_MK_8243101556.JPG4000×6000 1.95 MB
I thought they were going to take group photos but I guess I missed out. Lumiere is unbelievable I would have like a picture with him. Next was UtSJotLM I should have used a FB for this but I made a mistake and got in the SB line. This was our longest wait 25 min. DW and I like this but DD was 1 and done. Next up was TMAoWtP once again no ECVs and no lg wheelchair so I sent the girls. DD loved it and said I would have had a hard time with the ride car. FP for Buzz they took us in the back way so I did not have far to walk. 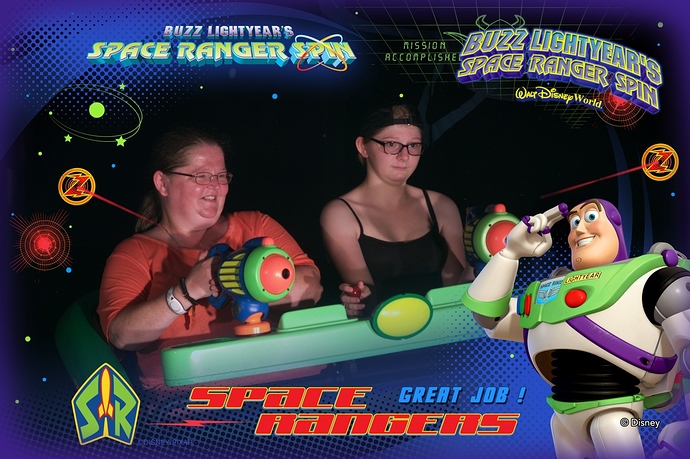 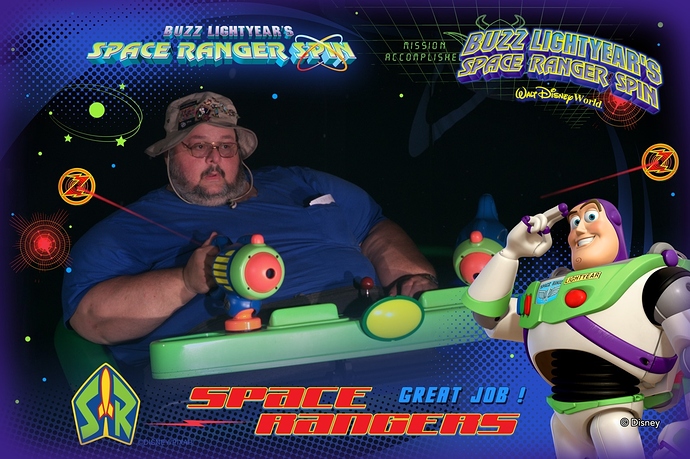 PhotoPass_Visiting_MK_412146336229.jpg1592×1061 396 KB
Now this is my ride I had a lot of fun, DD for whatever reason had trouble. CoP is another one of my favorites this is always a must do. Next up was people mover but the line was very very long. I have never see this line go out of the Que. So skip that and on to MILF. This was a first for us I was glad to see DD laugh so much. I was worried that she would not like it. Time to cross the park and see the Muppets. It was so hot we went to see Hall of Presidents. I don’t care what you say I like the show. It moves me and makes me proud to be an American. DD is crying she is hungry and wants a snack. Now I know its close by but I’m not sure where. Everyone is always talking about it so I need to find it and try it. But we need to be quiet because DD does not like Pineapple. Yes I found it DOLE WHIP

DD says “I don’t like pineapple but I can get just vanilla” win win. Me and DW get the pineapple up side down Dole Whip. No place to sit and eat so we head into Country Bear Jamboree. My Dole Whip is now soup because it is so hot but it is GOOOOOOD. DD is upset because the swinging bear came down on top of her and she did not think it was going to stop. Thanks to @OBNurseNH I scored a 4th FP to JC, but when we got out it was pouring. JC closed ok lets do pirates no shutdown also. Over to HM but wait the bar won’t close on my doom buggy so I suck in my gut at pull, yes it locked and we are off. Still raining now what I’m out of things till dinner. Oh yea we missed some things because of our late start. Over to Peter Pan I used a golden FP for this DW loves this ride I’m glad we were able to use the FP for this because the SB line was 45 min. long. Then Mickey’s PhilharMagic DD loved the ending. DD refused to do Small World so I used 2 of the 4 paper FB that a Liner sent me. The CM said she was going to put us in the front because there is more leg room. She should have told me the seat was only a few inches high. I got in and almost could not sit down, but I did. I then spent the whole ride trying to figure out how the HELL am I getting off of this boat. Everyone got off but me I thought they were going to have to call someone to get me off. They let the people on and the people who were going to sit where I was were getting upset, but some how I did it. We get to the ECV and we look at the boats and there is a HC boat just pulling in with no one on it. Why the heck did they not let me use this boat. DW said to me she will never make me go on it again. Ok its close to dinner time so we head back to Liberty Square. Oh look Muppets after this I tell DW and DD I’m going to find a restroom because the one in Liberty Tree Tavern is not HC. I had to go back over to HM to find a restroom. When I got back it had just stopped raining. We went inside and the CM lives 20 min away from us and he went to school where my dad taught but my dad had been retired before he started school. DD and DW have to use the restroom, when they got back they said it was a good thing I went before. Tiny restroom and steep stairs to get there. Dinner was wonderful DD like the pot roast DW like the turkey and I liked both. The pork was ok but not great. The mashed potatoes were out of this world. The start of the show was the desert, omg. I scored a FP again for JC for after the fireworks. DD was tired and wanted to go back, so we decided that she could go back by herself. After dinner I was so tired we decided to go back too and call it a night. I canceled our Ohana breakfast for the next day DD wanted to sleep and me and DW wanted to go swimming. Oh look more rain JC was closed again anyway, now back to Sports.
7 Likes
scrapper1617 July 4, 2018, 2:00pm #2

the CM lives 20 min away from us

It really is a small world!

I’m really enjoying your trip reports! Your daughter is adorable. She looks extremely similar to how my daughter looked when she was 14/15. Maybe you’ll be lucky and she’ll keep that style and not turn into a makeup wearing, eyebrow obsessed, nail polishing girly girl like mine did. But she’ll still be gorgeous either way.

Thank you she is almost 18 so I think she is set in her ways but if and when she goes away to college who knows.