“Mom, do you think we can go back to Disney again soon?” Ben asked not too long after our trip together last August.

I had been able to get his AP back for our August 2021 trip and knew I’d get my money out of it since we have our family trip coming up in June. He knows though that once you have that AP, it’s soooo easy to say yes and of course I said yes!!

At the 30 day mark, I did our video meet to get his DAS. I wasn’t sure how this was going to go. When we got it in person in August, his anxiety was painfully on display as he paced the room like a caged lion while we waited for our turn. Thankfully, it was no problem. I had to wait about an hour before the video chat started. I was anxious because it kept freezing up and I had to close out of the chat box a few times, but it held my place.

After explaining the situation to the cast member, we were approved, Ben’s picture was taken and we were passed to someone to make our advance selections.

The advance selections were interesting. You tell them what you want, 2 per day and they cannot be the ILLs, and they come back to you with times. There isn’t much flexibility. Our choices were Small World and Tomorrowland Speedway for MK (yeah, I know, interesting choices) but we could not get morning times. I wasn’t expecting that with those selections! FYI, you can only choose times for the park you have a reservation for even if you want to hop later. We actually lost connection with the CM before our final selection was made. The CM made it on her own and we won’t end up using it but I was pleased that I didn’t have to try and get back in touch with someone. All of the advance selections are in our plans. I will post our experiences if it’s helpful to anyone. This will be our first time with the new system.

After our 3:45 am wake up call, yikes that’s early but no worries, Disney is worth it, we headed to the airport and snagged an awesome spot in the garage.

) and got a row near the front. There was a nice businessman on the aisle leaving Ben his window seat and my inevitable middle seat. The things we do for our kids

. He was super nice letting us in and even helping me with both of our bags. I had not fully assessed the seats around us though and missed the small and agitated child behind us. This was not a good start for Ben who I tried to get settled as quickly as possible. I was so glad we had brought the noise canceling headphones which still don’t block enough sound for his liking but helped enough. Poor little guy behind us did indeed whine and cry almost the entire flight. What was worse was that whatever adult he was traveling with had to make frequent use of the little bags tucked away in the seat pockets, motion sickness I think

. Thankfully, Ben missed that this was going on.

All ended well though. We landed 40 minutes early! Nice guy once again got down our bags and we were on our way.

What was worse was that whatever adult he was traveling with had to make frequent use of the little bags tucked away in the seat pockets, motion sickness I think

Yikes, what a rough set of travelers.

Have a great time today! I’m looking forward to following this surprise visit!

Thank you! It’ll be short but fun. I do like that my college student wants to go to Disney with his mom for spring break

Have so much fun, Melissa! I’m feeling bad that I didn’t get your Coco ears to you before this trip.

Nice guy once again got down our bags and we were on our way.

Not too long ago there was a thread about rude airline passengers. Hearing that there are indeed nice people out there made my morning. Have a great trip!

No worries. I brought ears but won’t wear them as much as when I’m with the Fab 5. It’s definitely more fun with others unless you are @Wahoohokie and always pass on the ears

People in general are stressed and cranky but still plenty of happy and kind people out there trying to lighten the mood!

Sounds like the flight from hell, I’m glad you landed early! Hope it’s a great trip.

We got a chocolate croissant at Starbucks in August so he wanted to start that way again. We saved eating it until we made it to the resort. 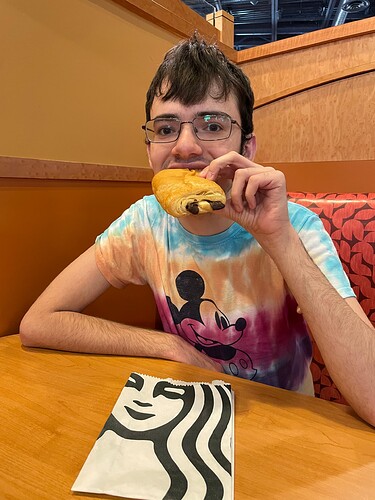 Pop, our go to resort! 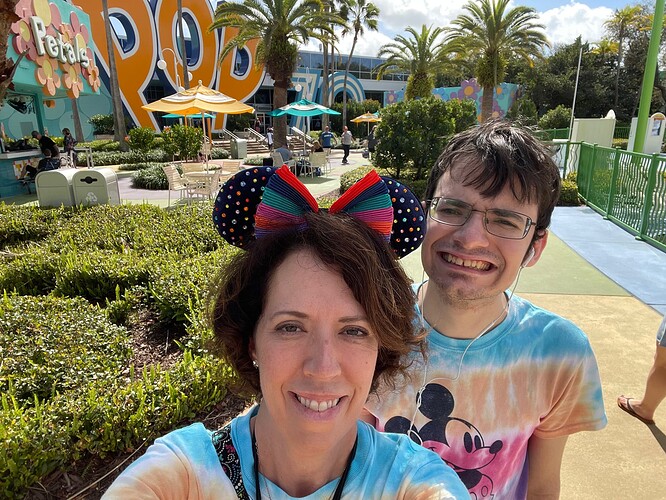 And the collecting of Pokémon has begun. 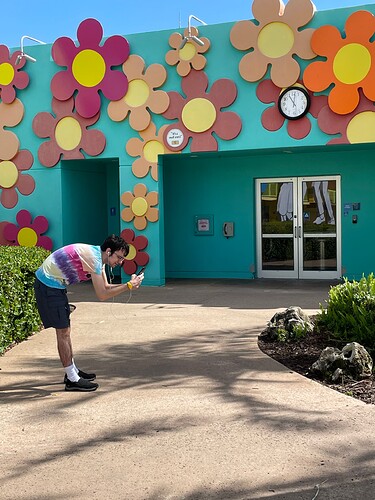 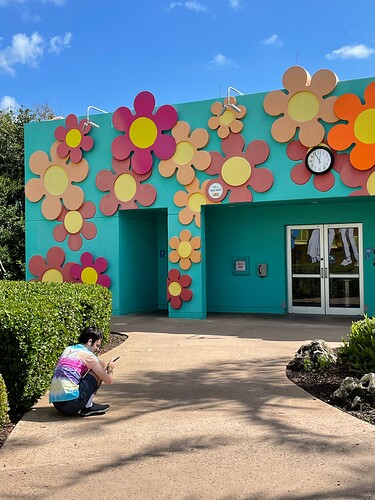 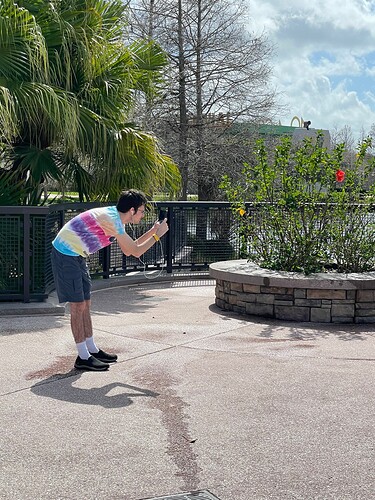 We love the Skyliner! 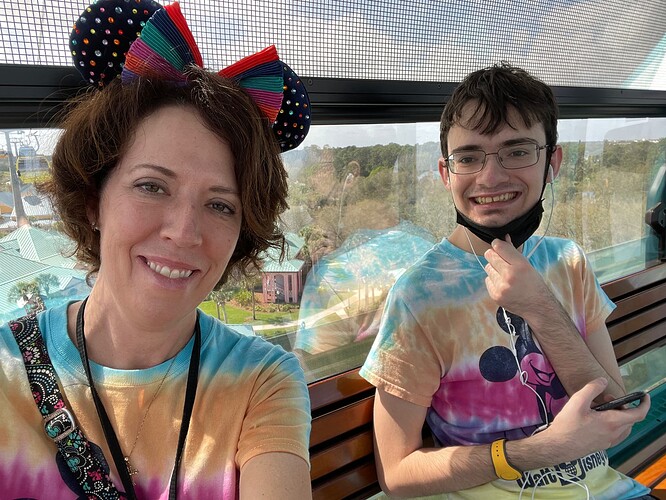 I love your shirts!

The ears are pretty amazing too!

It does my heart good to see Momma and Cub trips.

I hope you guys have THE BEST time, and that Ben is able to catch a super rare Pokémon!

I honestly think the Pokémon are a big reason he likes to come. I don’t care. I’ll grab onto any excuse to hang out in Disney!

Le Cellier for lunch. None of my photos will load so I’ll have to save that for later.

The best thing happened — I got carded

I haven’t been carded in decades

. Good thing we don’t have our room yet. I had my wallet with me and it wasn’t locked up in the safe.