Okay… this is the first time I’m doing a trip with both WDW and Universal. We also just extended the trip by a couple of days on the front end, to make up for possible airline snafus or hurricane, so it’s now a split-stay while we’re at WDW. I keep changing my mind about things, because that’s my life.

Here’s my current thinking:
9/9- evening arrival, check in at AKL and go to sleep.
9/10- early entry at AK mainly for FoP and animals… stack HS times, mid-day break 12-3, HS 3:30-close with early dinner at H&V
9/11- we’re doing MNSSHP, but I’m waffling about the rest of the day… more on that later
9/12- Epcot, later start with early dinner at Garden Grill, and evening extra hours
9/13- early entry HS, midday break and finish at AK, Y&Y dinner, and riding KRR and then Everest until they kick us out
9/14- check out, have late breakfast or lunch, then head to Universal… check in and Island of Adventure, maybe get evening rides on Velocicoaster and/or Hagrid
9/15- Universal Studios (probably early entry) until noonish, then return for a couple of rides and Halloween Horror Nights
9/16- sleep in and light lunch at hotel, then IoA until 4ish, Hogwarts Express to Studios for scareactor dinner, 1 or 2 HHN houses before the lines build, then a dinner break outside the park… return at 10pm when the lines start to get shorter
9/17- US early entry for a few rides, then HWX to nIoA and ride the water rides until noon, back to the hotel and then finish up HHN that night but leave early
9/18- not sure if we’re going to fly home at stupid o’clock in the morning or take the later flight yet… probably early, just to give us time for flight snafus.

Now, my waffling about MNSSHP day… we were going to RD MK, then midday break before the party and not have another MK day, but I’m ambivalent about using a ticket day on a CL3 Sunday, especially that I know the 10am BoG reservation I got is for lunch/dinner and not breakfast… who eats $62 worth of steak at 10am???

Since we’re arriving earlier than originally planned, and will have the full day on Saturday plus leaving on the 18th (not the 17th), we now have a little more flexibility and could just do the party and use that ticket day for the morning of the 14th, a Wednesday, which will have lower crowds.

Any thoughts, or things you think I may have overlooked?

Yes just do the party and use your regular day ticket for the 14th.

We are taking a break after morning touring next week before the party, but we have APs.

If I just had regular tickets I’d use them for non party days. 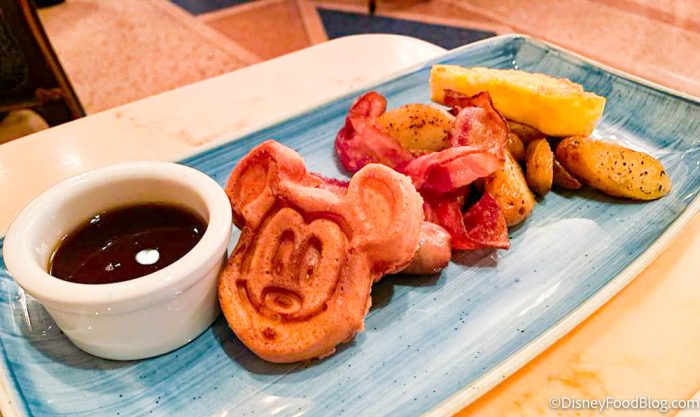 REVIEW: BRUNCH Dishes Debut at Be Our Guest Restaurant in Disney World | the...

We're back at Be Our Guest Restaurant in Magic Kingdom to try 2 recently-added BRUNCH dishes. These dishes aren't on the official menu yet, but you can still order them now!