While I have started several trip reports, I have finished none of them. I thought perhaps attempting one while on the trip might work better.

Background—DS14 and I are Disney APs and travel there several times a year. We also really enjoy Universal, but we haven’t been in four years. I planned a Universal and Disney trip for his spring break this year in March. Obviously that didn’t happen. We rescheduled to June. Then to July. We did end up traveling to Disney in July with my college aged twin daughters. It was supposed to include Universal, but my anxiety prone children were nervous. I shortened the trip and ditched the Universal part (wishing I hadn’t though). So here we are in October and DS are here at Universal. His sisters couldn’t join us since their university cancelled their fall break.

Day 0–Our travel day was yesterday. I just don’t want to count that as day 1. We initially were scheduled to leave Nashville this morning, but SW changed our flight (from an early morning direct flight to a late morning flight with a stopover). I didn’t want to miss the whole day so we left a day early. Compared to our flight experience in July, things were much busier this time. Our SW flight was sold out except for the middle seats. Still it was an easy flight. Mask compliance was great (even in the Orlando airport). I always rent cars on our trips (I think it’s a control thing). We had reserved a standard car at Alamo, but when we arrived they didn’t have any. So we are driving a convertible red Camaro instead (DS is thrilled). We headed to our off property hotel to drop our bags. Then it was off to CityWalk. DS insisted we go even though it was 8 pm. CityWalk was crowded which is probably to be expected for a Friday night. We were really hungry so we ate at Red Oven. It was great. We sat outside and the pizza was tasty. We then walked around, listened to some live music and naturally went to Voodoo doughnut. 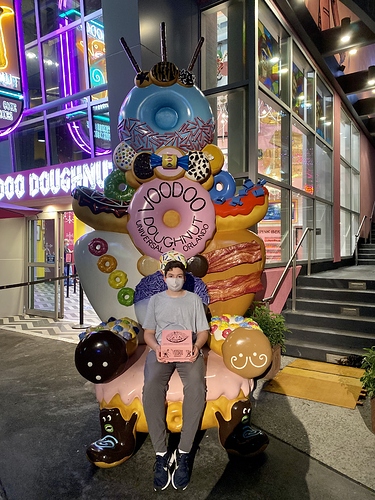 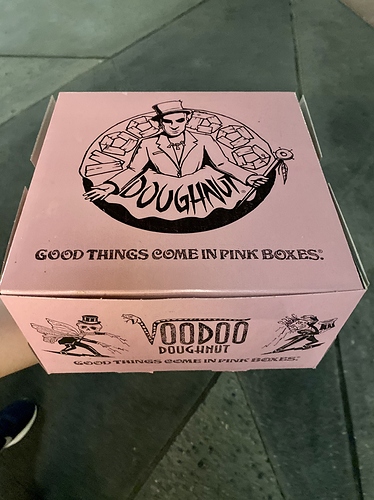 DS kept commenting last night how he forget just how close everything is at Universal. It is fabulous. 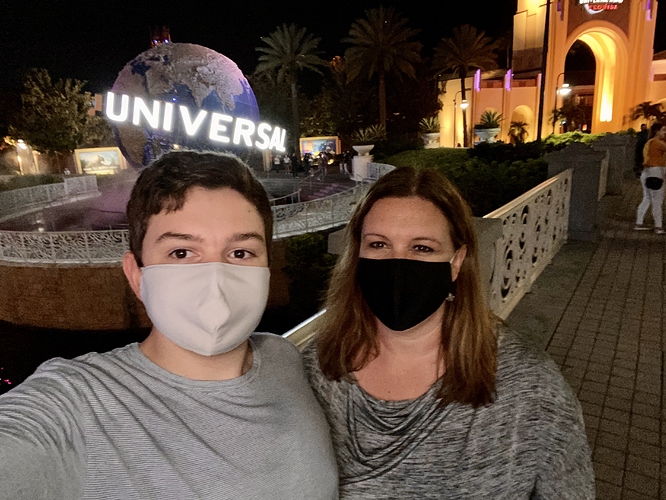 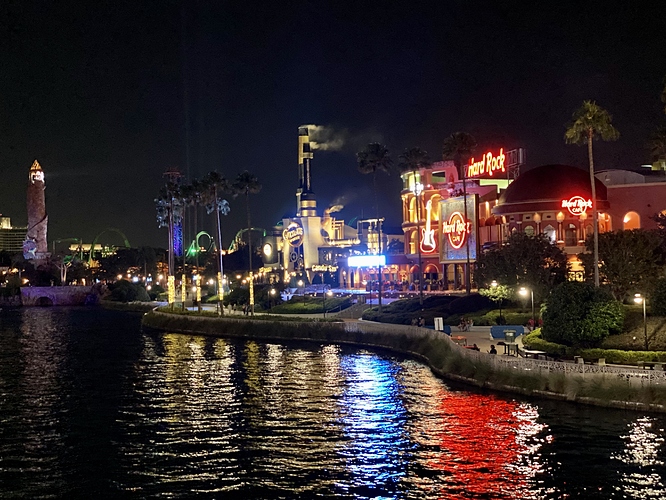 I promise more photos and less rambling for day 1.

So glad you and DS made it safely and you are already having all the fun!

Thanks! We are really excited about Universal.

Day 1– All good days start was with a doughnut topped with Froot Loops!! 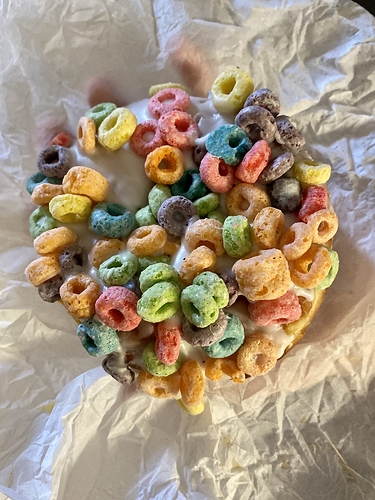 We are checking out of our off property hotel and headed over to HRH. It’s DS favorite hotel at Universal.

have a wonderful trip!

Good days also start with a ride in a convertible! 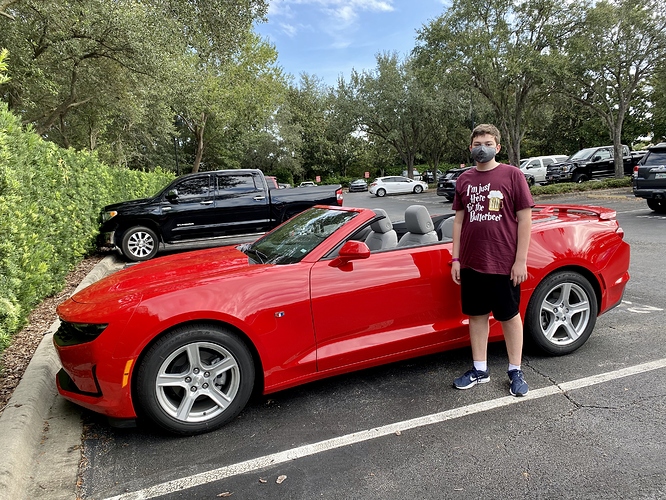 Good days also start with a ride in a convertible!

Have a great day today!

It was a crazy nice upgrade.

Robert is so excited.

Made it to the HRH. Easy check in. Activated military tickets. Stored luggage. 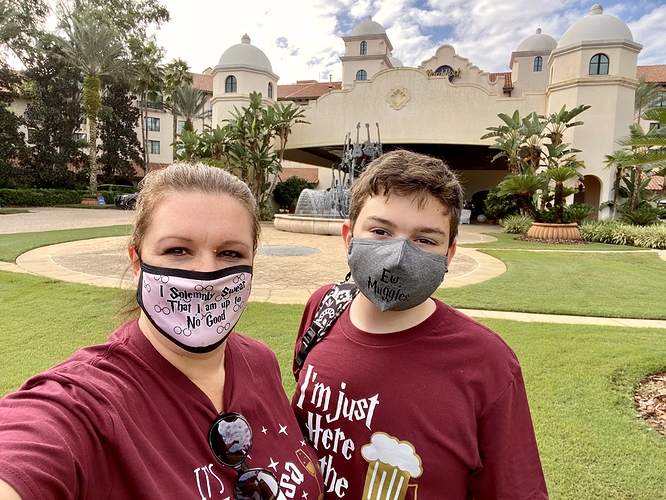 Voodoo Doughnut is a must! Looking forward to following along with your trip!

Agree! I think we may have to stop by again.