Planning a trip with DS9 for September. We stayed at Wilderness Lodge in Sept 2019 and then did Boardwalk Villas for spring break 2021 and loved the location. I know discounts haven’t dropped for that time of year yet, but I’m considering staying at Swan or Dolphin to save a little money. I’m trying to weigh the pros and cons.

It looks like Swan/Dolphin both qualify as a deluxe resort so you get early entry and if a park has deluxe after hours, you get that, too. The only drawbacks that I can see are three things:

Anyone on here stay at Swolphin lately and haven’t any additional thoughts or tips? I love the location and the ability to walk to two parks. I’m guessing we can save $200-300 per night.

I assumed Swan/Dolphin had to be sketchy before I stayed there the first time. So glad I researched. I’ve had no complaints about their value. Way better than I thought it would be, but if you would rather have all the Disney stuff prominently displayed, then it might not be for you. There’s no question that Swolphin is NICE - it is no slump of a hotel. It just doesn’t scream Disneyworld. It has Disney shops, and DIsney Planning Desks, and you can see TOT and Spaceship Earth, and you can see fireworks and hear fireworks, the Swan’s back door is The Boardwalk, and you can walk to Epcot and Hollyweird, so, it’s way Disney enough for me. I’m not belittling the folks who say it doesn’t “feel” like Disney, either. I totally get what they mean. It’s just not that important to me, when I factor in the price, location, and amenities.

Is a split stay an option for you?

It’s not that a split stay isn’t an option, I just don’t see the point of it unless we are splitting between Universal and Disney. Otherwise, I’d prefer not to spend time moving between hotels. To me, that cuts into precious park time! Ha ha.

I stayed with my older son at All Star Sports a few years back and we liked it fine, since we weren’t in the room much. But after staying at Boardwalk last year, the location just can’t be beat when you can walk to two parks!

I’m a swan dolphin fan for price, location, and marriott points. I wish you could use the magic band to charge to the room…but, since so much is mobile order and mobile shopping now, you have a lot of charges separate from the room anyway. I think the rooms at swan/dolphin are in need of a refresh. They seem pretty rundown to me. But it sounds like you’re not spending much time in the room. The lobbies and restaurants are nice. Swan has bigger beds, but if it’s just two of you either is probably fine!

Oh and I’ll just add that when we were there last month, I did get nervous about transportation back to the hotel when we were leaving well after park close (particularly at MK since it would take a while to get to the transportation center and potentially find no bus). So we just took the yacht club bus instead. It’s not that far of a walk to swan/dolphin, but it can feel a bit endless when you and your kid are dead tired!

Stayed at Dolphin in November- have to say I really wasn’t as fan. The location was great but and the room was ok but I don’t think I would do it again. Price wise I am never happy with added parking fees and resort fees - really I wish they would just roll it in to the price upfront-

Last weekend stayed at the Signa Hilton at Bonnet Creek it was less expensive than Dolphin and just a nicer experience.

How did you know which bus to take to Yacht? We wanted to go to dinner there.

There are posted signs to check which queue to go to, and the queues and busses have signs as well. So, if you wanted to go to BC/YC, you would go to the queue for that specific bus. They will be pretty clearly marked, and very straightforward. If you do a web search for WDW Bus queues, you’ll see plenty of pictures and signages.

I think we are going to do BC or YC. I know it’s hard to base an opinion off Trip Advisor reviews, but there were more negative ones than there are for BC/YC. I know you can’t please everyone all the time. I also spoke with my nephew who stayed there in 2019 with his wife. He wasn’t a huge fan, said it was “okay.” I guess it’s easier to trust an opinion of someone you know versus a faceless Trip Advisor posting. I didn’t get an actual quote, but I’m guessing it might save about $1k, but I think it’s safer to just stay at BC/YC and have a better feel for what to expect. Plus, I think my son will love Stormalong Bay.

Adding this page I found today that nicely compares rooms at the 3 Swolphin resorts for anyone’s future reference: 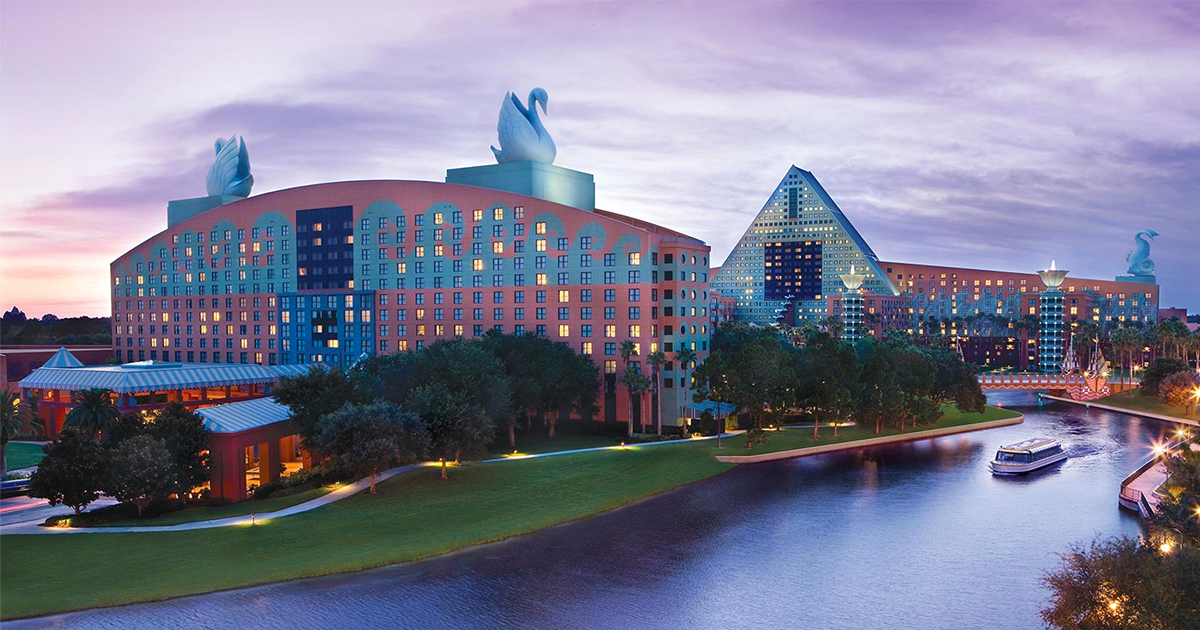 These Disney hotels are located in the heart of the Walt Disney World. Enjoy exclusive benefits and world class accommodations. To book reservations call 888-828-8850.

Stayed at Swan in May. Loved the location. We walked for Epcot & DHS. (Took friendship boats maybe once, they were down for thunderstorm another time we tried). Took Boardwalk bus for MK, Swan bus for AK.

I have never used the charge to MB in parks, as I just use Apple Pay. (Easier).

We had a view of the Epcot fireworks. It was great.

We tried the Dolphin for the first time this April and it was great! Beds were comfy and the room size was comparable to the Disney Deluxes we’ve stayed at in the past (i.e. Boardwalk, Yacht). However, you have to pay extra for a balcony (while we usually had a balcony even in the “standard” rooms at the Boardwalk and Yacht Club). We also greatly enjoyed the food options on-site (i.e. BlueZoo, the counter service- Fuel). The close proximity to Epcot and HS was also wonderful. We sometimes walked over to the Yacht Club to catch their bus (to be let off closer to the park entrance) but the walk from the Dolphin to Yacht club was longer than I expected due to the paths meandering around the water. We usually used Lyft in the mornings instead of the free Dolphin shuttle as I was nervous about getting to the parks early so I can’t say how early the Dolphin shuttles usually started running. The one time we took the Dolphin shuttle was to DS and it let us out FAR from DS proper. But overall, I highly recommend the Dolphin.