This is a long shot, but I thought I would try.

I am looking for the Submarine Voyage manual entitled Setting Your Course on the Submarines:Story Guide and Operations Procedures.

I am specifically looking for the first few pages that tells about the history of the ride. I don’t care of they are screenshots, photocopies etc. If anyone can help me, I would be most appreciative.

Setting Your Course on the Submarines:Story Guide and Operations Procedures 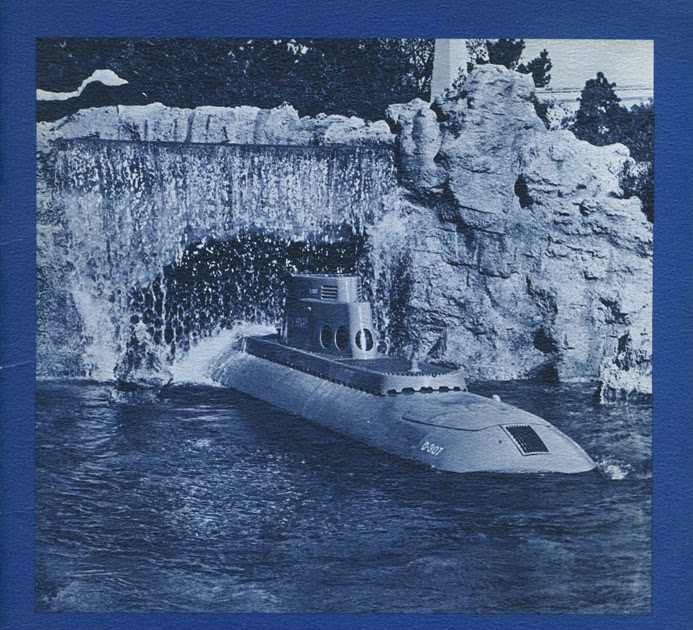 This weeks Standard Operating Procecure (well technically Story Guide and Operations Procedure) is titled Setting Your Course on the Submari...

“A guest who gets wet while on the attraction should be taken to first aid and an accident report filed”
What was in the water?!?

Well, it was a submarine, so if the passengers got wet, I assume there were much bigger problems

And benzene. There was benzene in the water. And mercury. Probably.

I thought it was all just hydrochloric acid to keep the mosquitoes at bay.

I work in an area of compliance that includes national security and have found some interesting connections to the subs. I’m now fully in a rabbit hole that I am trying to investigate a theory that these subs were actually closer to navy subs than anyone would have actually thought.

I am trying to investigate a theory that these subs were actually closer to navy subs than anyone would have actually thought.

Wait, what? The navy submarines run on tracks and don’t actually dive?

The navy submarines run on tracks and don’t actually dive

I work in an area called export compliance. Essentially, the government has a list of items that are controlled for national security purposes. A specific call-out is US Naval vessels.

It’s more of a esoteric, splitting of hairs sort of thing, but I was looking for a “fun” fact to talk about in my area(it can get dry). I was listening to Disney Dish when they mentioned the submarines and how they had to be decommissioned because they were US Naval vessels. This would automatically make them export controlled, even though their capabilities were limited. It just kind of sent me down this rabbit hole(with a lot of help).

Unfortunately, it doesn’t seem like people in my field are as interested as I thought they might be, but I want to ultimately write something up. In my field, if this fact pattern were to occur today, we would take a long look at the circumstances and try to figure out if we needed special permission to proceed. It’s just really interesting to me(because I am a nerd), that these subs share more in common with a nuclear sub than I think anyone would have considered.

Hm. Uh. What? Were you speaking? I’m sorry. I dozed off there for a moment.

(If it makes you feel any better, I have a tendency to put others to sleep by my nerdisms as well.)