I have twin 5 1/2 year old boys- who haven’t seen a stroller in years. Several friends keep mentioning how we will NEED a stroller in DW. Your thoughts?

Depends on the kid. When my DD was 5 her brother was 3 and she ride often bc the stroller was available. My “turned 6 on the trip” son did not need a stroller and had more energy than we did last trip. We had planned to rent in parks as needed but he did great. We had strollers for the past 4 trips before that and missed having it to hold our stuff but loved not having to backtrack to retrieve from stroller parking.

We used a stroller until age 6. It was a great place for DD to crash when it got hot or she needed a break. We used a really nice McClaren that folded easy and was also easy to deal with. There is a great deal of walking and little legs don’t always stand up to many days of park visits.

Get the stroller. When the crowds get thick and you need to get somewhere, you’ll be glad you know exactly where your two are. They do get tired, as well. They will have a place to go when they need a break and you need to move on. Or, if there are only seats for the adults during ice cream time, your kids have their own seats. You also have a place to store your purchases and whatnot (not valuables, except when you are with the stroller).

We crossed the parks several times for fast pass reservations and dining reservations and the fact that our touring plan was way off on wait times (therefore we were crossing park to get to FP rides, etc.) and we moved SO MUCH FASTER with a double stroller than we could have otherwise. The 3 year old would have needed it, regardless, but the approaching-6-year-old was much happier being hustled through the human traffic in a stroller than she would have been if she’d been walking. I’m quite sure every kid is different so it will depend on your kids but they do get tired. Side comment - we brought our old phones with kids apps on them and I think the stroller rides (and sometimes ride waits) allowed them some time to decompress by focusing on something else for a while. Not a huge fan of screen time but I think they needed a little “escape” here and there.

I too recommend the stroller. My son was 5 (almost 6). He refussed to go in it at the beginning of the day, and I thought it was going to be a huge waste of money (rental). But by mid way through the day, he was all over it. By end of day he was asleep in it. I was really glad we had it for the whole 5 days.

Last August we rented a Disney double stroller for my 4 and 6 year old when we did Animal Kingdom from 8-2 and for our two nights at Epcot after doing half days at other parks. I felt like the stroller slowed us down a bit in terms of having to park it, getting the kids in and out, etc. We were there for 10 days, so we did lots of walking. The kids really did appreciate those couple of times they got to relax and ride though. As others have said, it is really up to you and your kids for what will be best.

I think it’s all about your kids and what they need. My DS sat in the stroller when he was 6 but when DD was 5 she wanted nothing to do with it.

I am asking myself the same question. When we went in Jan 2017, our twins were weeks away from 5. I didn’t hesitate getting a stroller and I’m so glad I did. It was great to have for the kids and our stuff. It was cumbersome on the buses, but worth it, I thought to carry snacks and jackets. It was pretty chilly at the beginning of our week there. We rented from kingdom strollers and it was great.

Now I’m facing the same dilemma for our trip in Jan 2019. The twins will be a week from 7 and I’m not sure what to do. I’m thinking about not renting a stroller for the week and only renting a stroller from the parks if I think it’s necessary. Like toward the end of the week when everyone gets tired.

How much is it to rent just for the day? This is our first time to go to DW- is there a stroller rental place at each park?

Yes. You can rent strollers at each park. They are the hard kind (they have the same kind at our local zoo, for example).

This is an article about strollers. 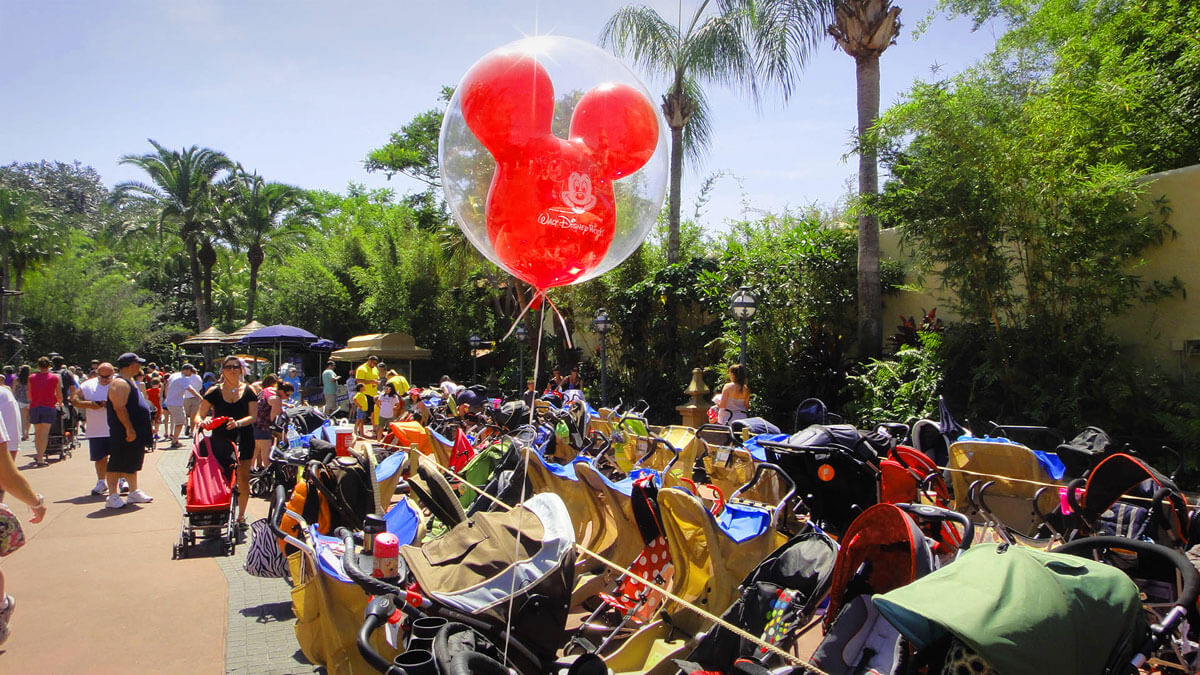 Top 10 Tips for Using a Stroller at Disney World

Whether or not to bring a stroller at Disney World can be a tricky decision. Will it be a hassle? Will the kids get too tired of walking? Will I be too tired after a full day of pushing? Every family is different. Some parents choose not to bring...

We took a stroller for DD5 despite her not having used one for over 3 years, and we were so glad we did. We didn’t take it everyday, but for any long days or evenings we did. When we arrived in a new area we’d park it up, and just pick it when we were moving somewhere else. At the end of a long day you’ll appreciate them.

When we took our 4 1/2 year old, we did not use a stroller. We didn’t regret it. We took a lot of walks before our trip and took breaks in the park as needed. We also only did one open to close day at the parks. We had breaks or left early the rest of the week. It worked out for us and we didn’t have to go searching for a stroller. He is currently 6 and we don’t plan on taking a stroller this May either.

When we were fresh parents, we took or then 4- and 3-year-old boys without a stroller. In hindsight, it was a “what were we thinking?” kind of thing. But the truth was, it was mostly an issue for the 3-year-old. The 4-year-old was fine walking. So, I think it depends. There were also numerous thefts from strollers that took place, so I’m leery of the idea of using them and leaving anything of value whatsoever.

Later trips where we had younger kids plus older kids, we used a stroller through age 5 I believe. But it was more annoying to have to park the stroller, etc.

But it was more annoying to have to park the stroller, etc.

By age 5, given the amount of sitting one can do while enjoying attractions, the stroller becomes more of a hindrance than a help.

If I had one kiddo and wanted to enjoy late night in parks and didn’t think they could handle that, I might consider renting a WDW one for the night.

We’ve been surprised by how tired our kids get at WDW and how much we’ve used the stroller. So it’s really good that we brought one. It’s also really good for hauling around all our stuff rather than having to carry it on rides. Sometimes we’ve parked in an area and then not picked up the stroller til moving to a different part of the park.

Yes. Get a stroller. Actually, get two since you have twins. They will save you a lot of crying and frustration.

Don’t worry about the age. There will be kids there 10 years old in strollers. Nobody will judge you. There is stroller parking. Just make sure you put something you can identify your stroller quickly so that you don’t get it confused when looking through the stroller parking. Attendants will move them to get them organized, so if you come back and it isn’t exactly where you left it, it’s because a Disney employee moved it most likely.

We always take our umbrella style stroller. This trip our daughter will be 6 and we are still taking “just in case.” It’s really not that difficult to take on a plane and saves us from wasting time renting. We love having to hold our stuff or let our youngest take breaks from walking. Reduces complaining.

Like some others have said, we took my 4 year old the beginning of this month and he never really liked a stroller at all, but he does like to be carried. We figured we would try it since we knew we wouldn’t be able to carry him around, 40 pounds gets heavy! We rented a stroller from Kingdom Strollers and it was one of our best decisions we made for our trip. He rode in it much more than either of us expected and it was great. Very nice quality stroller and I think it was around $85 for 5 nights and that included tax and insurance! We will be renting one again next year.