I was listening to the Disney Dish podcast this morning. @len mentioned that, among other questions, he was asked if he had been in an airport in the last two weeks before they allowed him to enter. Does anyone know if the CMs won’t allow people into the parks if they have been in an airport recently?

It’s got me very concerned, because we are planning on flying to MCO in September. Driving is not really an option for us, as it would take us several days. We have Disney’s Magical Express set up, so I would think they should know we’ll be arriving on a plane, which means we will be in two airports.

We started this earlier… I’m curious too.

On the Disney dish Podcast that was released today, Len mentioned that he was asked if he had been to an airport when he rode the bus from Contemporary to MK. He mentioned that he had more information about the question but he would talk about it later when he talked about his second day in the parks. I thought I was listening through but I don’t think he ever brought it up again. I really don’t want to re-listen to the entire podcast if I can avoid it. Does anybody know if he did bring it…

Thanks for the link. I looked to see if someone else had asked the question already, but I didn’t find it. I will move over to that discussion.

I asked Disney about this. They said that going through an airport won’t automatically disqualify you - it’ll lead to other questions. For example, if you’re from NY/NJ/CT, they’ll ask whether you’ve completed the mandatory 14-day quarantine.

So they won’t let us quarantine on property? I was planing on quite the room service bill for my DVC villa in a couple of months.

And in case it was a serious comment, there’s no room service just now anyway.

Sorry, was this question at the park gates? Or resort?

I had my tongue planted in my cheek as I was writing that. I have a reservation the week after Thanksgiving and with the direction from both Florida and my home state of NY I currently don’t think this is going to work.

At the resort, getting on a bus to go to the MK.

If you are from NY/NJ/CT, are the strictly enforcing the 14-day quarantine rule?

As @len’s unofficial, non-licensed counsel on this matter, I advise him not to answer this question.

But to answer your question, I would assume yes.

Here is a link to an article discussing the subject - basically they are doing house checks on visitors, but probably on a randomized basis.

Also keep in mind the following penalty for violation:

Failure to abide by these executive orders could subject individuals to imprisonment up to 60 days and a fine up to $500.

To add to @Jeff_AZ’s comment, it seems to be based on what airport you arrive in Florida from. If you are flying in from a quarantine state, they make you fill it a form when you deplane, and then they check in on you.

That said, noone is checking that info for accuracy, so…
Also, if you live in a quartantine state (like I do) but fly in from an airport in a non quarantine state (also like I do) you seem to be under the radar as well.

I’ve flown twice to MCO from JFK during the time that the FL Executive Orders have been in place. Nobody asked me for ID in order to confirm that the information I gave on the forms was true. Nobody followed up with me to verify I was staying at home. Nobody called to see if I had symptoms.

As @ninjasherrie said, if you fly through a non-quarantine state, Florida doesn’t have any way of tracking you.

Thanks for the info. How about Disney, are they enforcing not letting you stay even if you have a hotel/DVC reservation?

I’m wondering why Florida (or any state for that matter) can’t just use flight manifests to track the whereabouts of people coming off planes instead of making you fill out a piece of paper. Is this against some kind of privacy law?

Do the manifests list where the people are going once they’re in Florida? 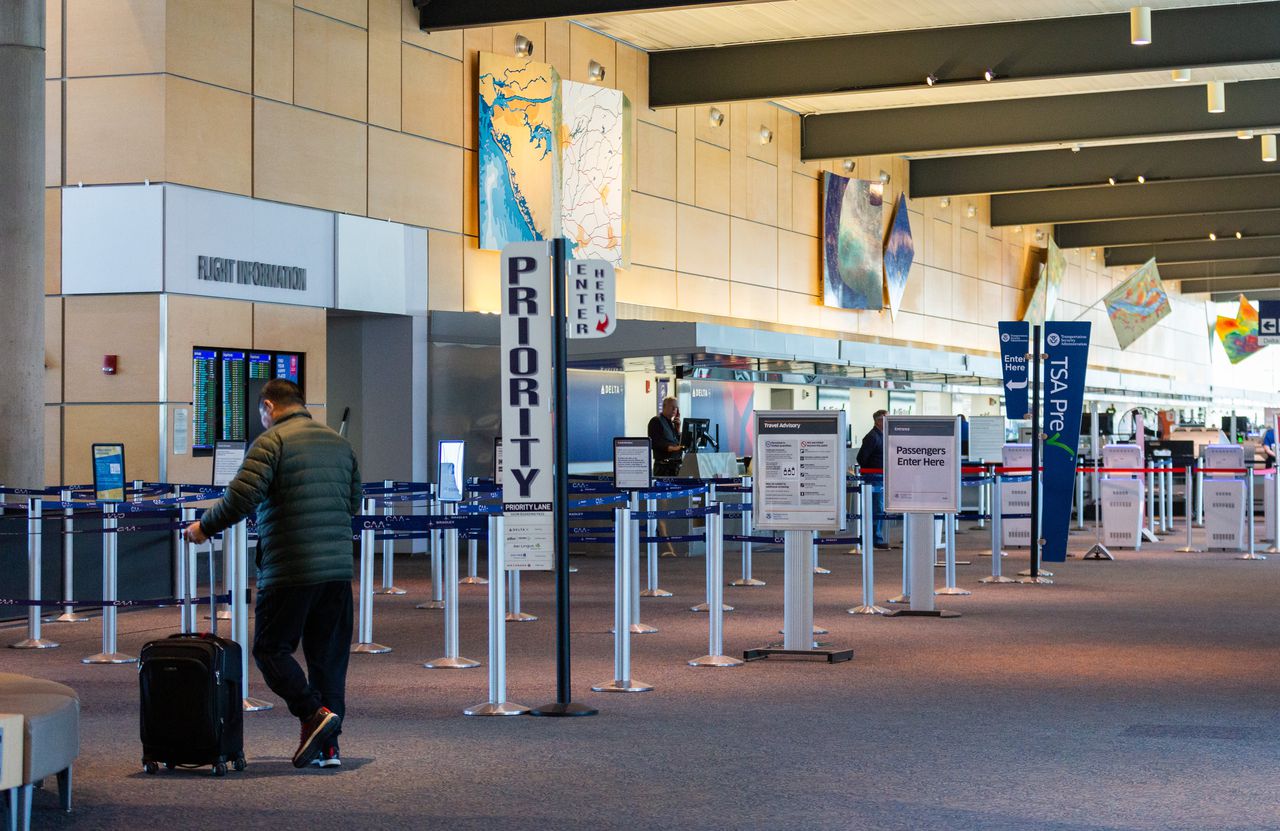 Travelers from coronavirus hot-spot states into Bradley Airport to be...

Air travelers flying into New England’s second busiest airport will soon need to check-in with officials upon arrival as the region works to curb the spread of coronavirus.

It does not state where your going I presume, I guess I was referencing how florida has no way of tracking you if you fly through a non quarantine state…The flight manifest must have info on origin destination and true name and address in terms of if you are coming from a quarantine area.

I suspect the federal government would be the ones who have access to this info through things like the TSA and Homeland Security. Therefore they would have to be the ones doing it.
And, well, I think we all know that just isn’t going to happen. For reasons best left off this page.