State of Emergency declared in Florida?

Fingers crossed that Orlando isn’t badly impacted by this

That is to have National Guard ready to assist.

We leave for our Disney trip on the 8th, so we are concerned as well. The storm had been named on August 31st, so it was too late to get trip insurance.

I usually do, so I am pretty frustrated at myself

Hurricane Irma is now a CAT 5 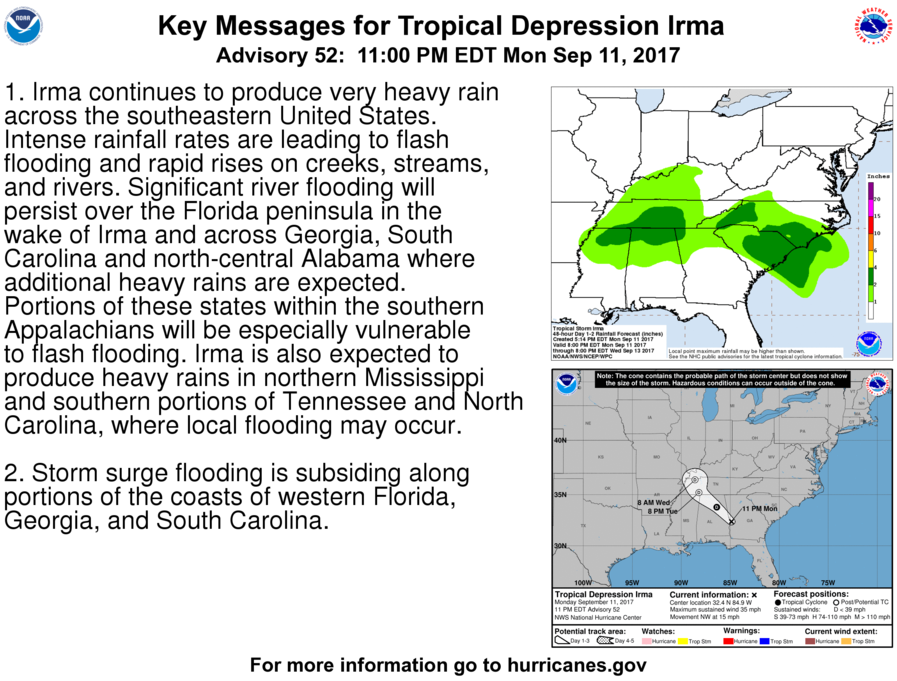 I am crossing my fingers that the Cone of Uncertainty moves out to sea! I am attending a conference there next week and the folks running the conference have told me this:

There are currently no changes being made to the conference in Orlando. We have been told, according to current models, the storm is not expected to have a significant impact on Orlando. Most models are showing the storm to pass south of Miami most likely over Key West.

I hope this is true. Still planning to pack some real raingear though.

Just FYI, I just saw a model showing Irma hitting the Keys and then moving north-northwest into Florida proper, basically straight up the length of the state, heading toward Jacksonville and pretty much directly over Orlando. I don’t know if I can paste a link to a tweet, but here it is https://twitter.com/spann/status/905141829875707906

ETA: It’s obviously early, but several models have tracks up through Florida. https://www.wunderground.com/hurricane/atlantic/2017/tropical-storm-irma (click on the models to get images).

“The last Category 5 storm to hit the United States was Hurricane Andrew in 1992. An estimated 250,000 were left homeless and the storm caused more than $20 billion in damage in the Bahamas, Florida and Louisiana. Fifty-five people were killed.”

I had imagined that hurricanes hit US more often than this

Those guys living there can’t evacuate or re-schedule etc. It’s about protecting their homes and lives right now. Which puts it all into perspective tbh. Fingers crossed it’s not going to be as bad for them as expected right now.

My wife and I stayed at the grosvenor resort in 1993 during Andrew. Not a fun time. I seem to remember the statue of the griffon in the front of the hotel getting blown over along with most of the trees in the area. It was a very scary night in the hotel room. The windows didn’t open, but I remember the water leaking in around the sealed windows as the glass moved in and out. In retrospect I can’t believe that we stayed in the room…

I wish all of you that are in Florida and the Caribbean all the best in the next few days.