I was just wondering if any Liners had personal experience with the Star Wars dining opportunities at DHS during SWW. We are planning to go to DHS to soak up the atmosphere, but probably won’t wait in long lines to meet and greet. Wondering if we will appreciate having ADR’s or would we be okay just trying to pick up counter service while in the park. I booked a Sci-Fi breakfast and H&V dinner with the characters because I saw that they were available this morning (and I think they’ll go fast), but I’m not so sure that the prices are worth the experience to us. Anyone here get to try this last year?

I find the CS food in DHS to be mediocre at best (good for “snacks”, not so much for “meals”), so I almost always have a TS booked for lunch and then eat dinner outside of the park. Of the TSs, H&V is hands-down my least favorite; average to below average family buffet at best. I am not a large breakfast eater, but the Sci-Fi offering looks very good; if I was going to be there in the AM, I would seriously consider it. It got good reviews form Liners last year. For me, the presence of characters - ANY characters - does not make up for bad food, especially at the jacked-up CM prices. TH is the one exception for me; the food is very good, and the characters are nice “icing on the cake.”

I ate at both the Hollywood & Vine dinner and Sci-Fi breakfast last year. Glad I did both, but if I return this year I’ll only return to the dinner. I viewed both meals as an opportunity to meet characters while eating, so it saved me time during the rest of the day.

For dinner, Hollywood & Vine doesn’t seem to handle large crowds well, so while we checked in at 6:10 for a 6:20 ADR we weren’t seated until 6:38. It took 40 minutes to meet all four characters, who were generally playful and spent a fair amount of time at our table. Food was better than most Disney buffets, with ample choices and Star Wars themed desserts. My only regret was that I booked the dessert party the same night as my dinner buffet, which was a mistake, because I was too stuffed to sample much at the party. 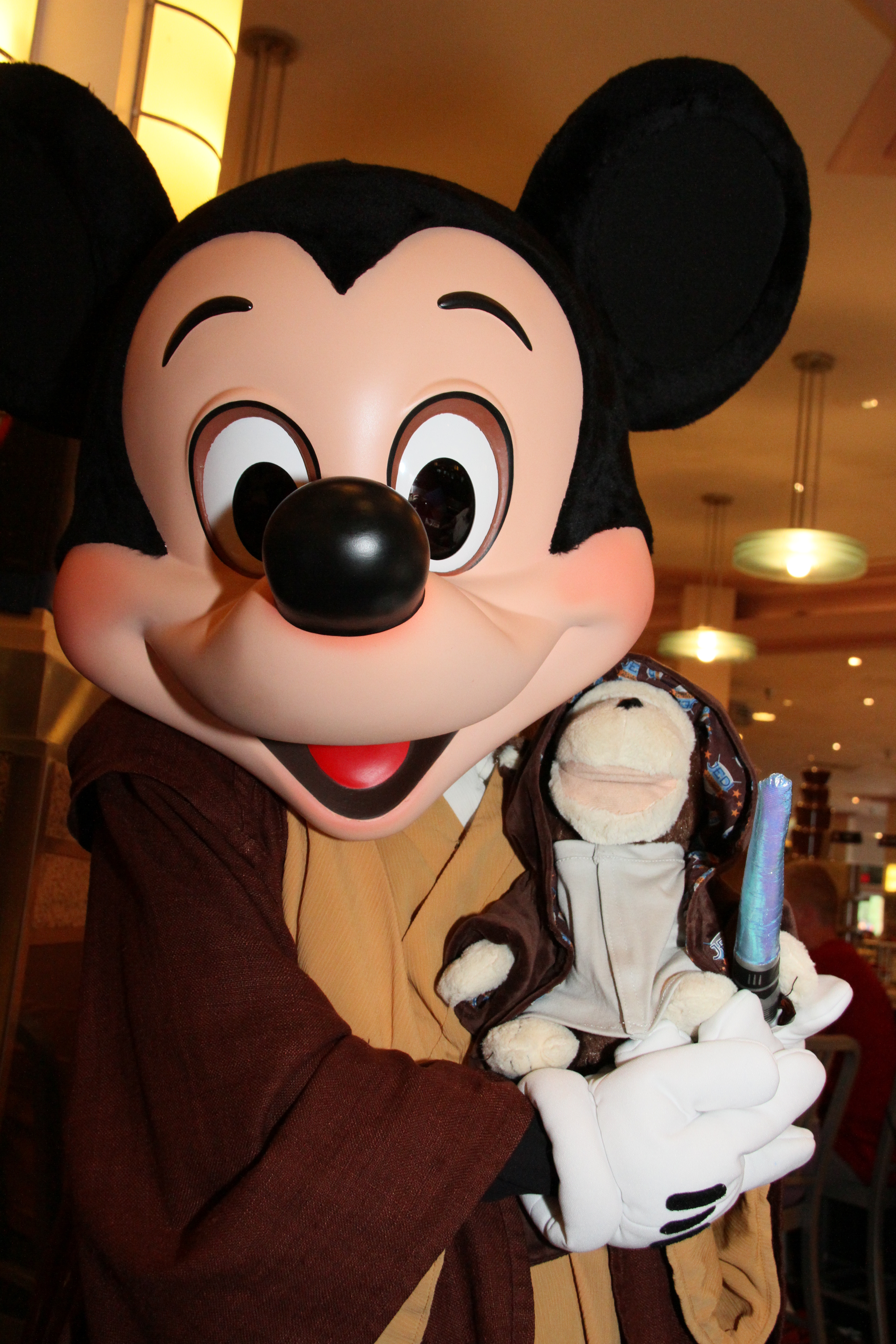 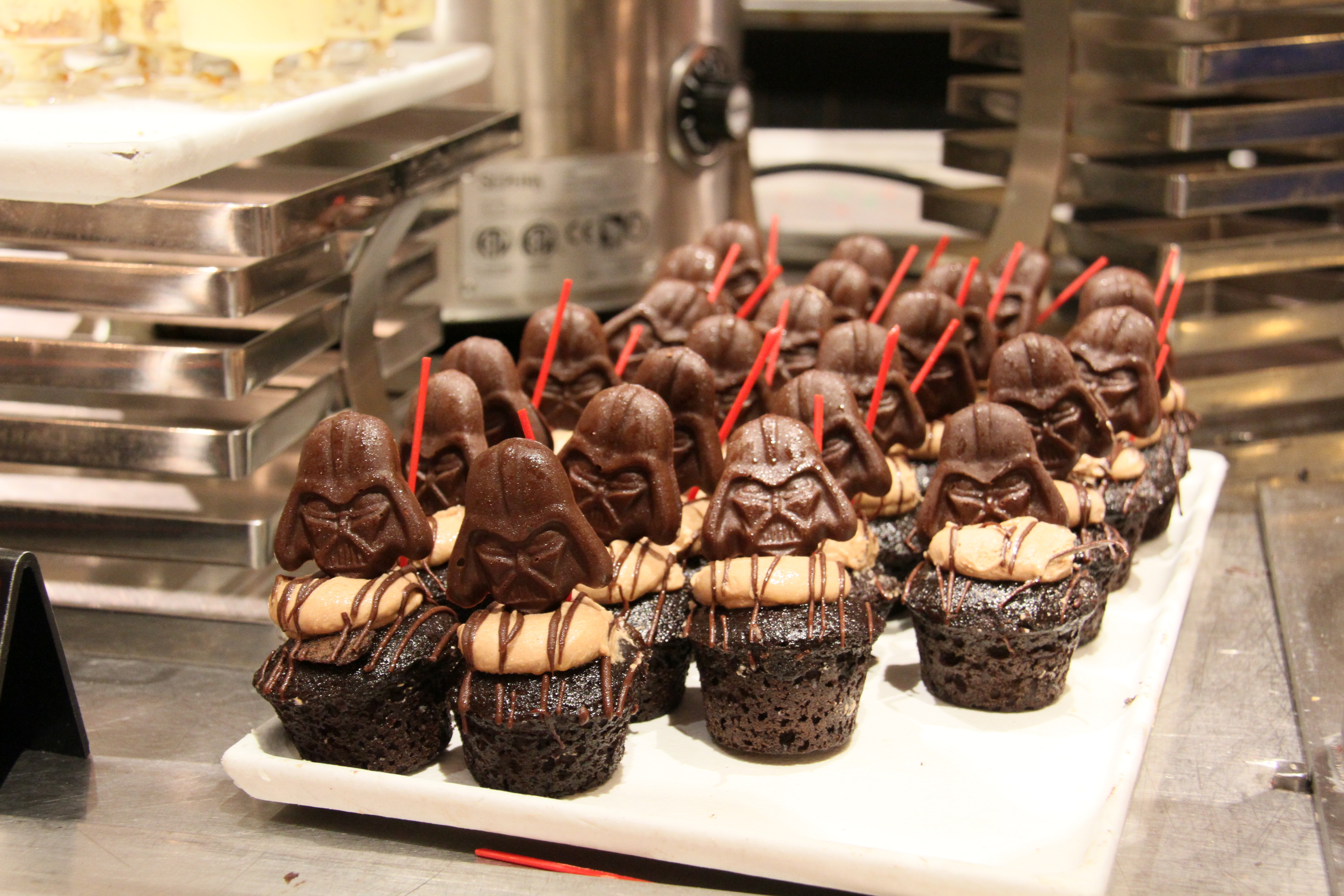 For the breakfast, there just wasn’t enough value to justify paying for this again. Sci-Fi is too dark for a character meal (I carry a digital SLR and decent flash, but many people won’t be prepared to take pictures in such low light). With the food being brought to your table, you don’t get very much for the price you pay. You can ask for additional plates, but my server was very busy and didn’t offer to bring more food. I did, eventually, get a second entree that I requested, but it took quite awhile and I generally felt like they were rushing us through the meal, which I didn’t want when paying $50 for breakfast. The food itself was adequate, though not outstanding. The characters were somewhat entertaining, though not really A-list villains. You get a photo with Vader and Boba Fett upon entering, though that was also very rushed (the pictures the Photopass photographer took with my camera weren’t very good). The Jawas are amusing, but you can see them without waiting in line on the Streets of America in the backlot, and there are plenty of stormtroopers wandering the park, so the big character meet is with Greedo. The clips that run on the screen are probably the most entertaining part of the meal, probably worth seeing once. If money is no object, then book a late breakfast and turn it into a brunch and there’s not entertainment here, but for me money is an object, and there isn’t enough value for me to return. 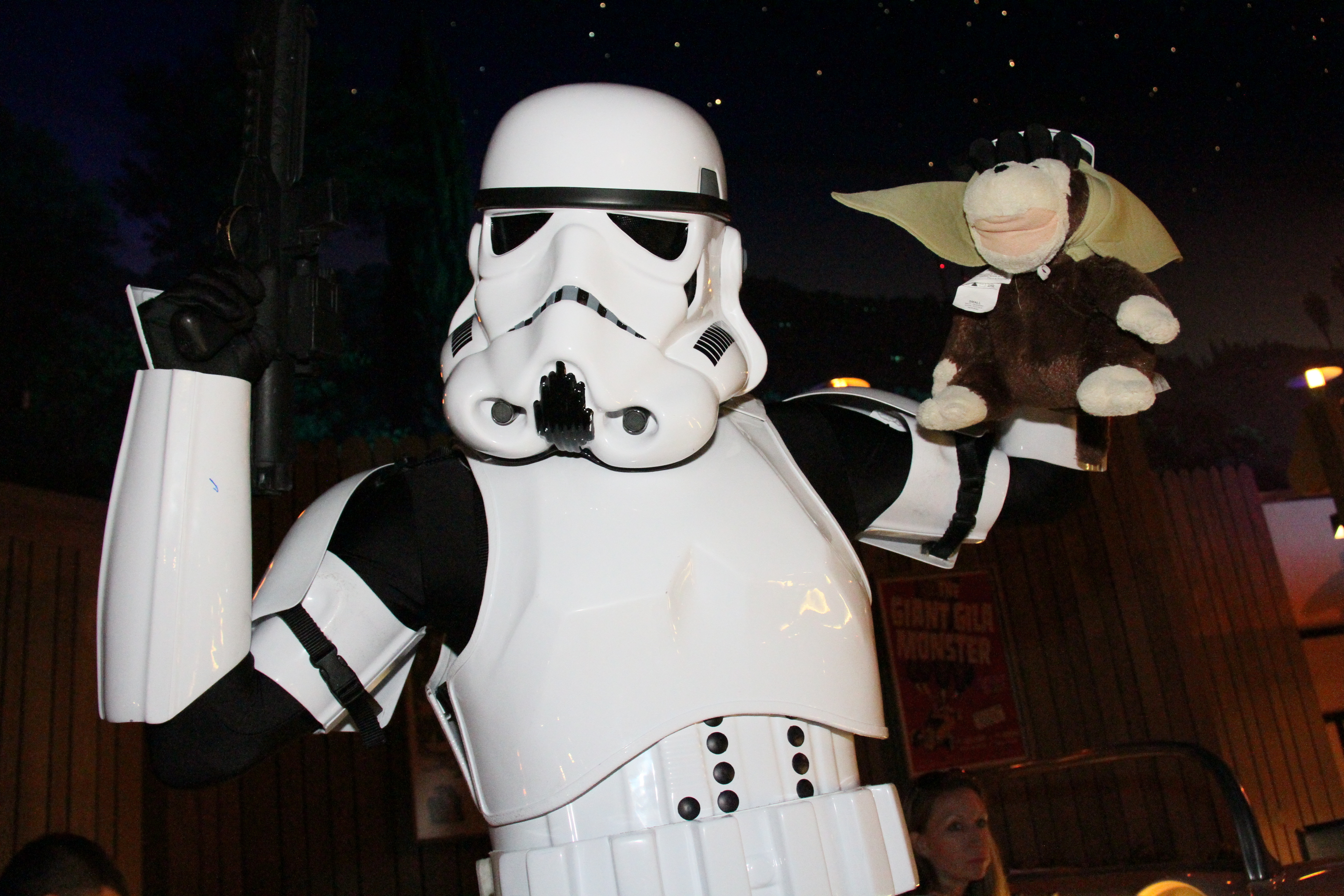 We went to the Star Wars breakfast at Sci-Fi last May. I really liked it but it was pricey. It was my gift to my husband for the trip. He is a Star Wars fan; I am aware that the movies exist. It was the highlight of my husband’s and son’s trip. They are disappointed that it isn’t available for our February trip.

I thought my breakfast was really good - I ordered the steak and eggs. My steak was really good and the potatoes had an interesting twist if I recall. It was my most memorable food meal of the trip. The others in my party got the regular breakfast (eggs, bacon, etc.) It was fine but nothing too remarkable. You also got fruit or yogurt, pastries, and some kind of dessert mousse.

The character interaction was fun. You met Darth Vader going in to be seated. Also, since we were one of the last reservations of the day, he stalked through when he was finished with his photos (which wouldn’t happen at other times). Stormtroopers, Jawas, and some other characters came around. My son cracked up because I didn’t know the proper names for all the characters and DH got “mad” at me for being so clueless.

The atmosphere was cool with Star Wars clips playing in the background. Overall, I thought it was a good experience and I would recommend it if it doesn’t break the bank.

My husband and I went to the Sci-Fi breakfast in June. The food was good, but like others have said I am not sure that it was worth the price. Our breakfast was over $100 and cost us almost as much as our dinner at California Grill. It was very dark in there, so the pictures we have with the characters are not great. If we were going back this year, I don’t think that we would do it again.

Thanks so much for the replies. I appreciate it!