. We only had a half day the day we arrived and then some of the next morning, so we really made the most of our limited time! We did not originally intend to do MK, but the hours were extended until 11 in the weeks leading up to our trip and we had never been to MK late before, so obviously we had to do it.

For my upcoming short May trip, I’m planning on arriving at the parks later in the morning and stacking. I also really love the parks at night. It’s nice to not have the sun beating down on you and some of my favorite memories are walking around a closer to empty Galaxy’s Edge, taking in the sights.

One idea for stacking and getting later return times, is to wait til just before park open to book. You can still book your next LL at park open + 2, and sleep in to boot, b/c you’re not booking at 7am.

I like afternoon breaks, so that’s where I take advantage of stacking….or in the case of DHS where you end up with later return times so you have no choice.

I think my best stacking day was a rainy one at MK. We managed to get 3 anytime LL’s during an afternoon thunderstorm + we had 3 or 4 LLs we had picked up over the course of the day after leaving the park before lunch. 4 were in the same 60 min time frame - we fully utilized the 15 min buffer for that. (Thankfully it stopped raining in the evening)

Or not, if when I’m stacking in the morning my return times are 2-4 pm, which would force me to go back earlier to the parks, I guess?

There were 3 things I found that could help you stack within a certain time window:

With a little persistence, it actually wasn’t as hard as I thought it would be to stack them within a defined window of time.

That’s good to hear! Thank you

Is there a limit to how many rides you can stack? I plan to try this during my flight for an upcoming trip to MK. Flying from Seattle so lots of time to stack….

I do not believe there is a limit. Just limited by the 120 minute rule and availability!

Just a heads up, I was not able to connect to MDE while on Boingo. I had to text my friend who had already landed to have her do one of the bookings.

We did the stacking for arrival day, all after 5 pm, was able to make choices ever 2 hours, just started with JC, PP and went from there. (one of the intervals, my plane was taxiing forever to get deiced, so I had not left the ground and I used my cell data

Dang it. Good to know. I will be buying the WiFi plan on delta. I am traveling this week so I will test out my ability to connect. Glad you posted that!!!

No limit but time

So I’m thinking about my other HS/AK day which is the reverse of yesterday, designed to offer us an HS rope drop and evening hours at AK.

I’m thinking that G+ won’t benefit us the same on that day? Should I still get it as I thought I would? I do need an EE but otherwise there’s not much at AK to benefit from G+ with.

You could still get early return hours at HS if you utilize the drops (9:32, 12:02), meaning you should be able to use 2-4 in HS before you leave, depending on when that is.

I personally don’t think HS is worth rope dropping at all, especially if you are willing to buy G+.

But if I make one at 7am, unless it’s for before 10, I’m stuck just rolling forward with each tap and not really stacking, right?

Given all we were able to do yesterday, and what our plans are for Tuesday (largely SWGE) I’m not sure we will RD

If you’re (relatively) patient during 7-7:30, you should be able to get something with a return time either during the 8 am hour or the 9 am hour. As long as you tap in before 9:32, you’ll be right there ready to watch that first drop. Some things at 9:32 still have relatively close return times (TSM sometimes does). You might be able to get that one with a return time before noon. Then, at the 12:02 drop, with a little luck (sometimes this drop is quick), you could get SDD or TOT.

No limit but time 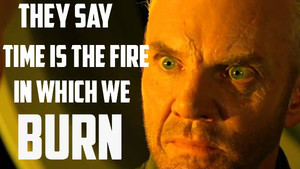 I will say, G+ lends itself well to the midday break, or to the sleep-in-late kinda days, since the LL times stack in the pm.

Are there the same number of reservations for rides in the morning compared to the evening? If so, who in the world is getting all the morning/afternoon ones?