On the second full day of our trip, DH, DD7, DS5 and I woke up to a beautiful morning and had to get to an 8:05 PPO ADR at Garden Grill. I knew from this forum that the monorail would not be running early enough to get us there at 8, so we called a Minnie Van around 7:40, which was outside waiting for us by the time we got out of SugarLoaf Key and made it to the main building.
We got to Epcot to find a pretty long line to get in for ADRs (20 yards or so) but it moved quickly and we got in. Got a nice picture in front of SE w/o many people around. Walked to the Land where someone was waiting to take our stroller, another person at the front door to check us in, and we were seated right away…it was probably 8:10.

As promised by other reviews, the breakfast was delicious. We are not a dessert-for-breakfast family but the pan of sticky buns was amazing and impossible to turn down. Worth every calorie and wish I had some right now. The breakfast platter was yummy and the brought us more eggs and sausage. Coffee was good. Kids loved getting to meet the characters, esp. Mickey, and see the restaurant spin. We were done w/o rushing by 8:45, walked down to Soarin at the moment they were dropping the rope there for us. DS5 loved his first ride ever on it and we went back again to use our 9 a.m. FPP for it. While in line I modified our 12 pm Nemo FPP up to 9:15.

Then walked to the Character Spot to meet Joy and Sadness…line was already a little long and the characters were on a break (9:30 by this point) so in total we waited at least 30 min (a bit longer than TP forecast), but they were hilarious and worth it and the kiddos loved it. Joy indicated that she and my husband were wearing the same color shirt, and then Sadness acted sad to be left out. Our son tried to cheer her up.

Walked over to use our FPP for NEMO, take a gander at the aquarium, then over for 10:30 FPP for TT. That was another hit although DD7 did not appreciate my “assistance” in designing her car. Ha! Then walked on to Mission Space Green, kids also liked it and we had never done Orange so nothing to compare it to. Next was SE but even the FPP line was well out the door and the CM said it was a 15 min wait. Kids were hot and tired so we tapped and dashed on that one. I picked up a FPP for MK later that night for pre-HEA.

Next up was supposed to be a 2-hour stroll through World Showcase (mine and DH’s favorite part) but kids were waning. So we promised to sprint (not literally) around it. Our timing (thanks, TP!) was perfect to catch Serveur Amusant just as they started their 12:15 show in France. Then we just hoofed a lap around w kids in stroller, stopping to get DH his favorite beer in Norway. It was early for WS on a Monday but already getting pretty crowded for F&W, with lines at all food kiosks and a long line for Belle in France (so we skipped). Had hoped to do pick a pearl in Japan but decided we had to save that for the next trip (I heard there is sometimes a 25 min wait).
We got the monorail back to GF where we enjoyed the pool for an hour, and then DS5 napped. DD7 and I took off to AK where we had FPP’s for EE and FOP. It was a sunny but not humid day, and beautiful to just enjoy the park with only 2 items on the agenda. I was excited for my first ever ride on FOP and it lived up to expectations. We both absolutely loved it. (I’ll note one criticism below with “Spoiler Alert” above it). DD7 wanted a banshee more than anything so we got one. We saw a few CMs in the WindTraders shop trying to do “the shoot” (the fortnight dance). I said, “My daughter can do it!” and she obliged. The CM’s started clapping and circling around her, hooting and cheering her on. It was the most fun, magical moment.

By that point DS5’s nap was over and he and DH were at MK. We bussed to meet them, squeezed in our Laugh Floor FPP that I had booked early that day, ate an average (but not terrible) meal at Cosmic Ray’s, and then went to Tomorrowland Terrace for our HEA dessert party. Kids loved it, and then we were escorted out to the hub. It was super crowded (we arrived pretty late, around 8:40) but I knew to go all the way to the back, and we squeezed in there. Then during the show, the kids stood on the rail with us holding their legs and we were not directly in front of anyone.
HEA was spectacular. It was amazing to see the castle light up the way it did. Our kiddos gave out glow bracelets to other kids before the show and spread a little love as well. Then getting out was not as bad as I thought it would be; we were directed around to the cut-through behind main street, came out at the exit, and got the ferry back to the GF. (They sent a larger boat than the usual one).
We watched TV and got the kids ready for bed. One of the best days ever.

SPOILER ALERT ON FOP:
Just my opinion—I thought the “grass” and “ocean” smell were exactly the same as Soarin, as well as the thing with the whale jumping out of the water. I did not see why they needed to replicate any of those elements; could have been at least a little different in some way on those things.
I loved the set-up for the ride. I thought it was so clever because it does not really require you to pretend or suspend disbelief. The premise—that you are being connected to your Avatar—sort of works seamlessly, if that makes sense. Hard to explain, but I loved, loved, loved it. 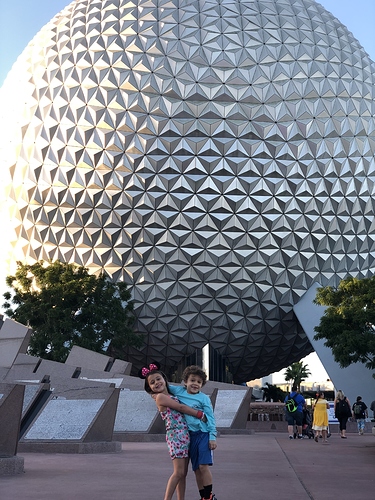 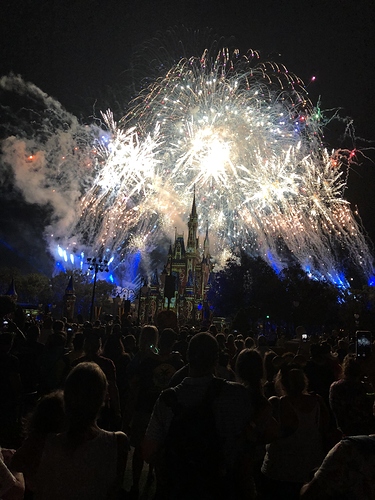 How did you have FPs for EP and AK at the same time?

How did you have FPs for EP and AK at the same time?

I think on her first day report she said they were staying club level and purchased the additional FPs.

Ah I’d forgotten that. I was really confused!!

Correct -we had 6/day with no limitations through the CL program. Turned out to be great bc I had only average luck getting same day stuff.