Spirit of Aloha Not Returning

I was going to say this too

I don’t know about anybody else, but if I’m walking 12+ miles a day in the parks, I’m really not feeling walking halfway around Seven Seas Lagoon. Especially not in the really hot months. If I was considering buying into this new Poly Tower, this would make it a non starter for me.
(And by this I mean no additional monorail stop.)

I totally agree w/ you on the walking more after walking so much in the parks. I could see them putting in another dock (boat transport) and bus stop but not rerouting the monorail. I think the Poly grounds are pretty compact and could forego a monorail stop. Or moving the dock?

It’s a really lovely walk though. If the weather is right - do it.

I really don’t see that happening. The thing wouldn’t even get going from GCH before it had to stop again.

A couple of thoughts:

mean putting in at least one more pool, more dining

This is interesting, and totally true. And kind of exciting.

My family is also anti extra walking when at the parks.

I already consider Poly to be a two monorail resort because of the TTC, though this area is much further away than the current longhouses.

Also the current boats at the Poly are not wheelchair accessible

with you on that one. All the more reason to just upgrade to the same boats they use on crescent lake.

I say bring back a show that was worth the money. Bring back Hoop de do Review!

Bring back Hoop de do Review!

About this… do we think there will be a similar fate for Hoop De Doo? I assume they won’t tear down the hall to build DVC, but do you think this is an opportunity to end Hoop De Doo and expand a restaurant or add a night club or something?

Unlike Spirit of Aloha, we did hear that Hoop is returning… not sure when…

Have you heard the rumor from WDWNT?? (It is from WDWNT, so take it w/ a grain of salt) 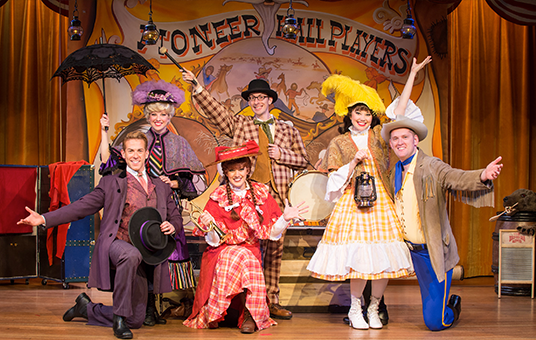 Hoop-Dee-Doo Musical Revue at Disney's Fort Wilderness Resort is rumored to be replaced with a new performance.

“UPDATE as of 4:30 p.m.: A Walt Disney World representative has reached out to WDWNT stating that this rumor is not true. Avery Maehrer of the Walt Disney World Communications team contacted us directly to let us know that Hoop-Dee-Doo Musical Revue will allegedly not be replaced. When asked if Disney wanted to make a further statement about what the future holds in terms of the fan-favorite show, Maehrer had no further comment.”

I thought something like that was going on… I saw the article in my Twitter feed earlier, but when I went back it was gone. I had to dig a bit though other sites that still had the link.

This is intriguing. So, WDWNT makes it very clear it is a rumor. But Disney felt the need to respond. It is actually smart of WDWNT, because they get confirmation either way if the rumor has any truth to it.

I looked the other day and the other posts that are always referenced were also labeled “RUMOR” too,

Yeah. They do a good job of making it clear what is a rumor versus news.

This is intriguing. So, WDWNT makes it very clear it is a rumor.

How atypical. Posting rumors as actual news is WDWNT’s forte.

So people say…and yet…I’ve yet to see a SINGLE instance of this happening.

Maybe he’s gotten better over time; I haven’t been to his site in probably 4 or 5 years. I use WDWMagic as my “trusted” news site; I’ve never known them to be wrong because they cross-check all of their info before posting it.