I read today the latest rumors puts the opening of the Space themed restaurant at Epcot (attached to Mission:Space) some time in 2019 (probably toward the end). But more interestingly was the mention of the slight ride aspect in getting there.

Anyone hear any indication as to what kind of food this place will serve? My fear is that in exchange for the coolness factor, it will end up being mediocre food.

I believe your bet is probably correct. Most places in Disney have mediocre food. Think character meals. They are super expensive, but you aren’t paying for the food. You are paying to get the characters to interact with you while you eat. The food at most of those isn’t the best and certainly not up to the value that you pay for. You are totally paying for the coolness factor.

On our first trip last fall, we went expecting not so great food because of these type of statements but were truly surprised when we had fabulous meals! Our only buffet character meal though was GG but it was delicious!
We ate at BOG, MM, 50sPT,QS at AK and all were good. Woodys lunch box is getting decent reviews so I am going to remain hopeful the new Space Restaurant.

As far as I know, the restaurant is being run by a 3rd party. Not sure who exactly, or whether it makes a lot of difference to the quality.

I know one or two other restaurants in Epcot are similar. I want to say Teppan Edo and either Via Napoli or Tutta Italia (whichever one does the large sharing pizza).

For those who don’t know, it’s going between Mission Space and Test Track, and work has started. The space doesn’t look that big but the entrance is an unused lounge in the Mission Space building. The concept art looks amazing, and there are plans for “some kind of entertainment” and screens in place of windows with projections to give the impression of being in space.

Kind of gives the impression of being a poor man’s version of the Star Wars Resort: “ enjoyed your meal aboard this space ship? Why not book one of immersive experiences?”.

Edited to clarify where it’s going. When I was writing it all I could think of was WOL and I knew that wasn’t right.

So between Test Track and Mission Space.

Kind of gives the impression of being a poor man’s version of the Star Wars Resort:

Yes. The part I was surprised (pleasantly) to find out was that just to get to the restaurant is supposed to involve an elevator that gives you the experience of being launched (in some fashion) to space. I wouldn’t be surprised if it will be the illusion of taking a space elevator from Earth to space, but we shall see.

The new restaurant near to Mission: SPACE will invite guests to travel into space for amazing dining experiences. 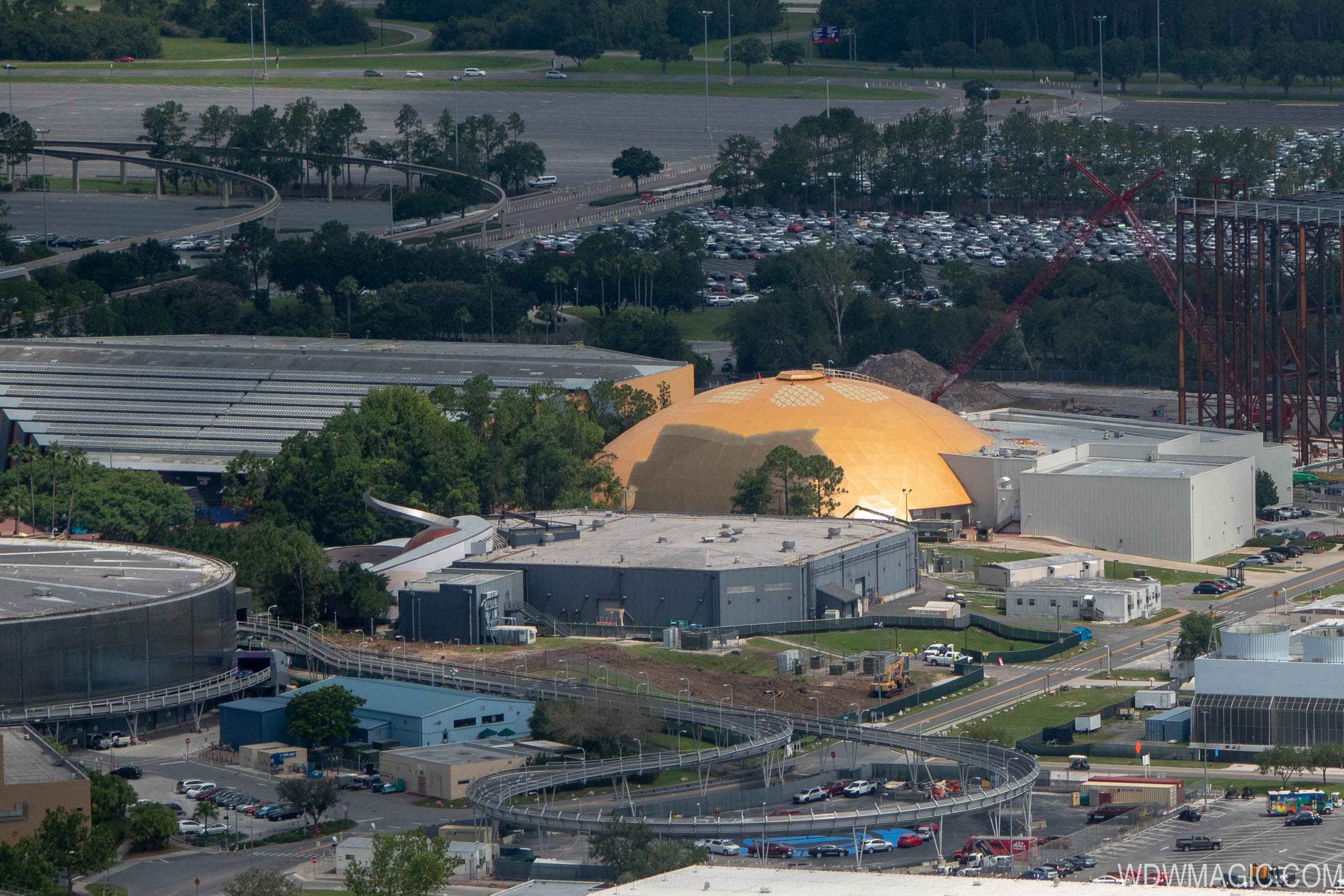 A helicopter flight around Epcot gives a look at the new space-themed restaurant location.

I checked out @bswan26’s first link and like the other restaurants this one is being operated by! So I have my fingers crossed that the food might end up being pretty tasty.

Thanks for the links. I had only seen a summary of this, so this additional detail is re-assuring.

I have a feeling I will be adding this to my ADRs for our trip in 2020!