Southwest change fare thingie is back

Frontier just cancelled our flight back 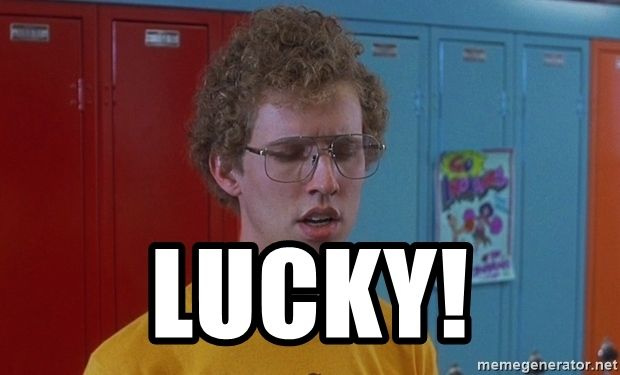 If only….
That 31 dollar flight apparently was too good to be true. Hoping they will change us to the late flight the night before which was a lot more $.

It was an email. When I logged on there was a notification bar at the top of my reservation detail, but it wasn’t red

Can I just say how completely aggravated I am with SW right now?
Their airfares were SO insane that I ended up booking flights on Frontier. Ugh.
Now that flight has been cancelled so I went to look at SW begrudgingly, and the times all suck and they’re so expensive that I could fly first class on American for almost the same $!!
I guess I’m flying American (not FC, I’m not insane) out of PHL now.

I hope they come back to center at some point but I fear that they like so many have taken the opportunity provided by Covid to Jack stuff up and eff with the schedules.

My flight home was moved from an 8pm departure to a 6pm departure…which gives us 2 hours LESS in the parks on our last day.

We can only hope that the flight situations improve between now and October.

So aggravating! That’s what happened to me, too for Sept. 21.

I’m seeing lots of changes in my September and October bookings, but also with the schedule change some new flights added which for the moment are more reasonably priced. For instance, for one flight which was offering changes for DH and DS I was able to save points by cancelling and rebooking them on the new better flight instead of changing the old flight.
But, clearly they are being much more restrictive on changes. They specify only one change will be allowed are are only allowed to within 14 days. I also had an instance tonight where the flight I wanted to change to wasn’t offered as an option initially, but a few hours later it was. I’m happy- was able to move my minimal point booking from their 50th sale to the (now) best flight for my intended date and my original booking for that date to a new backup date. Now here’s hoping the world doesn’t blow up with Covid again and we can actually go for Boo Bash…
ETA: Sympathy to those whose trips were messed up by flight changes. My upcoming last day in parks got cut short too when my Frontier flight got cancelled and I now have to fly out the night before. Still haven’t bitten the bullet and made the hour-plus call to change my DME

Same! Our flight home was changed from 7 pm non stop to 4 pm layover. Been there, done that. I won’t do a layover on a 2.5 hour flight again if I can help it. So now we’re flying out at 12:30 non stop. That whole last day is gone. I really hope they stop this change your flight to a layover crap. The planes are full. They don’t need to be messing with it anymore.

I can be thankful that ours stayed as a non-stop. Our direct flights are 2.5 hours as well.

Our September flights from DAL were changed this week too, and because we have a Companion Pass, I had to call in to get them changed - that’s 2.5 hours of my life I’ll never get back.

We ended up still being able to arrive around the time we needed to, but it’s now no longer a direct flight, so we’ll spend 2.5 more hours travelling than we would have before. The return flight is now a couple hours later…so now I’m trying to figure out a short activity to squeeze in after our DS lunch but before we need to head to the airport. Considering maybe the mini golf courses? Not sure.

One thing the SW rep mentioned when I was on the phone is that a big reason so many schedules are changing is that they’re having to get all their planes re-inspected and certified, and because they grounded so much of the fleet/furloughed so much of the maintenance crew during the height of covid, they’re behind. So that would at least imply that by the end of the year or so, all these frequent last minute changes will be over and they’ll be back to their normal inspection/certification schedules.

One thing the SW rep mentioned when I was on the phone is that a big reason so many schedules are changing is that they’re having to get all their planes re-inspected and certified, and because they grounded so much of the fleet/furloughed so much of the maintenance crew during the height of covid,

I think we’re all trying to be patient and understanding.

I think we are all growing weary of the excuses that are being put before us (not just with SW but everywhere). I think we are becoming concerned that the excuses are pretty convenient opportunities to take advantage of us all.

So what does it mean when I can’t access my SW reservation online and it gives me an error code and tells me I need to call instead?

This started yesterday (I think). I haven’t gotten an email from SW about flight changes or anything. In fact, Friday I think it was they sent me an email saying that my reservation was all set but trying to get me to book a hotel, rental car, etc. 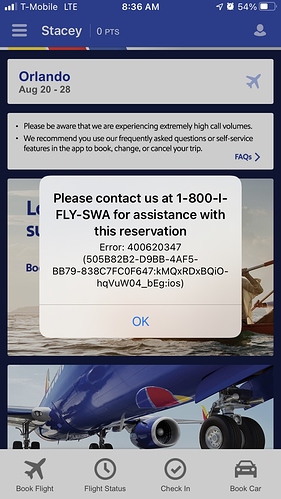 Now I have to call.

I have the same for a flight in October. They changed my flight the other day to a completely unusable flight- arriving at the connecting airport 2 hours after the second flight now leaves.

It won’t let me change the flights, says I have to call but I have not yet.

Have you tried via southwest.com?

Agree. It’s a flight to Portland, Maine and there are no longer any options on SW to get there. We will need to fly to Manchester or Boston, or we might cancel and rebook with another airline.

I’m sorry this has happened.

The drive to Portland isn’t bad from here at MHT though.