Soarin' Over California Returns to Disney California Adventure for a Limited...

The Food & Wine Festival goes through April 26th, so I wonder if Soarin’ Over California will be phased out by then …

My daughter will be thrilled! She loves it

I do not either version

I had the weirdest sensation of pitching forward last time. So bad that I had a panic attack and can’t bring myself to ride again.

I will miss it by a day.

Thanks! I like the over California version better. I might swing by on March 27, when we drop DS back at school for his final college quarter.

I do not either version

but did you know that LEGO also has a version? 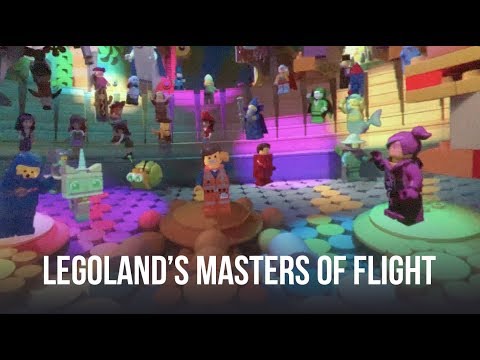 But…when will it return to Epcot? That’s what I want. Get rid of the inferior Soarin’ Around the World.

I’m sorry to say that will never happen! Just doesn’t make sense for Epcot to soar over California. My preference would be for them to do California full time at DCA and World full time at Epcot (actually I’d prefer if they did an updated version of World with less CGI and less distortion (if that’s even possible).

I actually want them to make Soarin’ Across America, but without the CGI. Then I would be fine. It is the CGI I hate. Also, show us something unique, not all the things everyone has seen 1000 times before. Most of California is unique. Most of World is not.

I was opening crew for that 20 years ago!

I’m so excited to see it coming back!

According to Disney, it is only through the 26th.

I’m hoping they extend it since we will be there the 28th.

My wife and daughter have only experienced World and I’m hoping they get a chance. I seem to remember them extending it during prior years.