Should I do MNSSHP twice on one trip?

Hello everyone out there. Simple question really, should I go to MNSSHP twice in one trip? I would have to give up an afternoon/evening of my only day at Animal Kingdom. That is the question in a nut shell but here is some more context.

My wife and I are going to Disney for our third consecutive year. This will be our first year as DVC members. We have a 3 and 5 year old. Last year, we went to MNSSHP without our children and it blew our my minds. I just thought it was awesome. We decided we would take the children back this year. We have the option to take them to MNSSHP on Monday Labor day or the following Friday. We chose the Friday. We have also decided that this is likely to be our last year to go down in Sept/Fall for some time as our oldest is starting Kindergarten this year. So this is likely our last chance to do MNSSHP until our kids graduate high school. There is SO much I want to do at MNSSHP. Here is my list in preferential order both Parades, ALL Photo Pass Pics, 3 Character meets, fireworks, Space Mountain, Pirates, Trick or Treating. We want to get pictures with the 7 dwarves, Moana, and now Genie to help with a pregnancy announcement. This just seems like so much for one party and I want to relax and enjoy it. I could add a party Monday night but we would have to cut it short as we have Extra Morning Magic at Fantasy Land the next morning. Also, we would have to sacrifice half of our day at Animal Kingdom. We are not huge fans of Animal Kingdom to begin with but we have never seen ROL or the bioluminescent forest, but there is always next year(just not in the Fall). I am very much torn. Please give your advice. I am adding our schedule below, as it stands now. If we were to add a second MNSSHP it would be on our first park day, Monday.

Thank you all, your opinions are appreciated!

IMHO, the 3 and 5 are kind of young to do a park day, a party night, and then EMM the next morning, and you all still have an enjoyable time. I do agree though that you have a lot you want to cover in a single party night, so that makes it tough.

For me personally, the expense of doing the party for just a couple of hours on a second date (your first party night) in a week is too much, but maybe not a consideration for you.

That sounds like a lot for one day to me. Are your kids night owls? Maybe drop the EMM for the Halloween party?

Also, You might be surprised with how ok you are in taking your kids out of school for vacation. Especially in kindergarten. There is so much to be learned about life on family vacations, even a Disney trip.

I wouldn’t do it twice

We are going to the party 3 times this year. One time we meeting up with family, and they have a small child, so we realize that will be doing a lot of kid things and taking the child to do those things while the other half the family does their thing.

If you haven’t gone to Mickey’s not-so-scary Halloween Party by yourself as adults let me tell you it is worth it! Your entire Focus for being there changes, and frankly I could just sit and people-watch and be completely happy at that specific party.

Just think of it as a really nice dinner, we’re talking about $150 for one night.

As for the early magic hour, as long as you guys are planning a nap and/or pool time during the heat of the day, you might be able to pull this off with the young kids. We are adults, and I plan naps into each and every day during the crazy hot hours.

We’re also planning to rope drop a lot this year, thanks to the videos from touring plans and recommendations from people like Brian and others who blog about it. It’s vacation and I don’t really want to get up early, but just thinking about getting a lot of stuff done early and taking longer naps makes me happy.

(Actually, the nap part makes my husband the happiest of all.)

We’re doing early morning Magic, napping, MNSSHP, and a happy holiday wishes dessert party on one magical day. So I can tell we’re going to be tired, but I’m hoping that all this extra napping will help.

Good luck and I hope you all have fun! 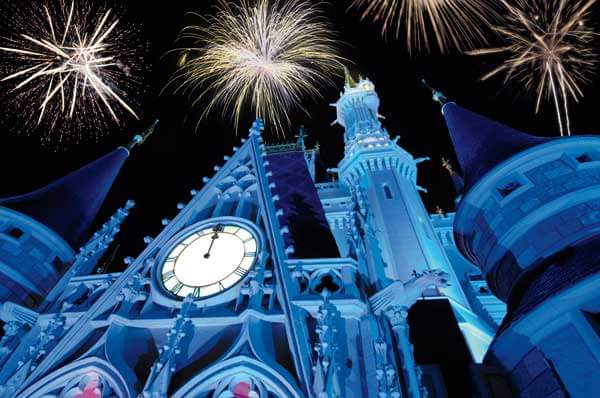 Great responses I appreciate all the input. For more context, we are staying at Bay Lake Tower so we are in a pretty good spot for naps and breaks on MK days. So I think if we were to go to ROL at AK it would be a later night for us just due to proximity. Im still very torn. If we had a hard cut off and left the party after the first parade, I don’t think it would be too much for my kids(and i think it would be an earlier night than if we did ROL), if we work good naps in.

I am still on the fence but you have all given me plenty to think about. Thanks

So this is likely our last chance to do MNSSHP until our kids graduate high school.

Never fear - it starts earlier and earlier every year. This year it starts mid August. Pretty soon it will be Halloweaster. Also, don’t forget about labor day weekend.

add a party Monday night but we would have to cut it short as we have Extra Morning Magic at Fantasy Land the next morning.

Cutting short a party seem like a bad waste of good money - and Disney time. I wouldn’t.

Pick one night and stick to it. As far as AK, it’s my very favorite these days so I can’t help you there

I would never consider paying for a hard ticket event that I couldn’t be at for its entirety. I also think that even finishing early, you may struggle to get kids that young up for EMM the next day, so that would potentially be 2 hard ticket items you wouldn’t be getting the value from.

I am going twice on my trip in Sept, close to the same schedule

I am getting in Tue night, then will be in the parks through the following Mon (evening flight)
I am doing the party on Fri (9/7) & on Sun (9/10).
I am going solo - so it is very hard for me to judge how tired the kids will get. I am going to RD EMH Fri, take a break around noon & be back to the party by 4. I am going to RD EMH on Sat, but done by noon & nothing planned that night. My Sun again is EMH RD, break by noon again, then back by 4.
I know I am going to be tired, but the breaks in the day (and out of the heat) I think will get me through.
I am not planning any late nights other than the parties.
Moana & the 7 dwarfs will have lines that could be over an hour each - people start lining up between 4 & 5 for them. I think they both start meeting before 7, but I don’t remember exactly what time.
I am a big character person, which is one reason that I am going twice. There are some characters that I really want to see, but with the long lines, I know I wouldn’t see all the ones I wanted to and see see all the other stuff they have

There is so much to be learned about life on family vacations, even a Disney trip.

I totally agree with this! Our kids haven’t even started school yet, but we would have no problem with taking them out of school for a family trip.

Simple. If you can afford it, go for it! I do everything I can afford while I’m there. It’s all so much fun, just really expensive!

I went to 3 MNSSHP’s during one trip last October. I decided from that experience that 1 per trip would never be enough, and 3 was maybe a tad too much. 2 is the sweet spot if you want to do/see a lot. So yes, I would book 2 but not leave early. Sleep in/late start days the next day.

There is no way I would do MNSSHP and then expect to do EMM the next morning. It would not be enjoyable EMM for me, or my DD7.

You already have 2 days at MK and with good planning and you can do everything you want to do in that amount of time, plus your MNSSHP on day 5.

We want to get pictures with the 7 dwarves, Moana, and now Genie to help with a pregnancy announcement.

Yea the issue with sleeping in is that we have tickets for Early Morning Magic at FantasyLand the day after the second MNSSHP we would be adding. We would probably need to leave MNSSHP early the night before EMM, so I would probably want to leave after the first parade if I did it, but that would mean only a half day at Animal Kingdom.

MNSSHP is one of my fave things at Disney but in your circumstances I think I would keep your existing plans. To me you would need to leave the second party so early it wouldn’t be great value for the cost plus it might impact your enjoyment of EMM the next morning.

If you go to the park at 4 - the time you can get in with your party ticket - and line up early for 7 dwarfs - or Moana, you can probably get through both of them around the time the party ‘officially’ starts, but that is a lot of waiting in line.
If you are ok splitting up - I would leave one person in line & let the other do something else with the kids for a little while if you are set on those meets.
I would suggest KennythePirate if you want to get more info about characters at the party

If you already have the tickets to EMM, then keep your original plan. Adults could certainly get up that early, but with kids it sounds not as fun. We went to 8am Garden Grill the next day after one of the parties, at the park by 7:30 and it was fine, but we were all adults. Or go to the MNSSHP knowing you only get to stay for half. You can still get a lot done starting at 4 (we were in line for the 7 Dwarves by 4:15- first in line- and were done with them by 6:18 since they started at 6:15). One of the other nights we were first in line for Jack and Sally, they started early as well.