We have two slots at Savi’s for 8:05, but I see that they opened some later times for our date. I remember someone maybe @Jeff_AZ saying the latest slot was great. Should I switch to the latest available time? I think it was 9:05. Thanks! I’m way overthinking all of the Star Wars stuff!

We did an after-hours time, and it was great! (I think Jeff did, too, now that you say that).

My guess, if they’ve opened some later times, is that they’re planning to extend hours. So, if 8:05 was after park hours before, now it won’t be, but 9:05 will be.

The one disappointment, for us, was that there weren’t any photographers when we were done. If you have another day at HS, or don’t care about photos with your lightsaber, late in the evening is the best!

absolutely get the latest you can (or at the very least, try and make sure it’s dark). Being able to walk out of the show and ignite your lightsaber and SEE the blade (and then get photos of it in front of the Falcon or elsewhere) just adds a cherry on top to the experience.

Thanks for this post! I just updated our visit to 9:05pm too

I dont see that park hours extended though, and for that reason my TP will not allow me to evaluate or optimize with the new time added because it is after park hours (and it won’t let me change my plan times to beyond park hours).

i guess it doesn’t much matter since it will be the last thing we do.

I don’t see them extended either. Would they have Savi’s slots available an hour after the park closes? I’ve never had any reservations for dining or anything after park closure, so I’m not sure how that works.

When we went, back in March, Savi’s reservations were extended a day or two before park hours, IIRC. So, maybe hours will be added shortly?

There’s suddenly A TON of Savi’s workshop appointments available. I booked on my ADR day before 7 am EST and got the only time available on July 15th (and I checked multiple times because I wasn’t happy with the time.) Looking now - 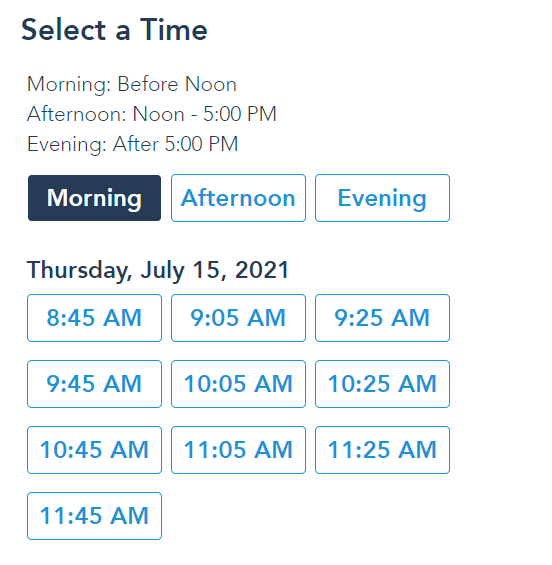 Yep on my date I had my pick of times from morning to night whereas the last time I went to see if I could move it later there was NOTHING available.

I was going to ask if anyone knows whether there are multiple “theatres” in the building (like Soarin, or the Mickey Mouse meet and greet in town square) which they are now able to staff?

They must be increasing capacity. When I went, they had an empty spot between each party, which in most cases was just one person and their guest standing behind them, so 50% capacity. It seemed a little excessive compared to every other indoor location in the parks.

I agree an after hours time is best for low crowds and good lighting after you exit the experience. I agree park hours are probably extending, because I don’t think they would do Savi’s over an hour after park close.

Nope, Savi is just the one spot.

because I don’t think they would do Savi’s over an hour after park close.

Then you can stay in the park all night! Just…whack security with your lightsaber when they get too close.

What could go wrong?

Just looking at the widened availability though, it doesn’t seem that a few extra spots per session (based on @Jeff_AZ’s report of vacant spot between each builder) would account for the totality of the increased availability.

But you’d know better than me so I guess it must.

Because of the way the room is laid out (big oval), 1 space between builders would basically halve the capacity of the room.

So if they are going directly to full capacity (which I think is the only option), that should definitely open up some times.

Yeah it’s a little bit ouchie on the price tag

i just don’t like they increased the price after only 2 years (well, a year and a pandemic). Especially as there’s definitely not a lack of supply for parts and that there’s no new parts.