Thinking about changing plans a bit. So, refresher, trip is for DD’s 10th birthday. We’re a bunch of foodies, she’s fairly adventurous eater and used to sit down dinners. Right now I have all out days planned as RD with an afternoon break and then back to the park. But as I’m thinking about just one scheduled day at AK instead of two, I’m thinking we’ll go the whole day, may or may not do ROL.
That being said, would you do a lunch at Sanaa or Tiffins for a afternoon break/rest? I haven’t been to either yet. I think we’d like the food at both. The idea of eating with animals right there sounds fun. We had originally thought we’d stay at AKL, but are currently booked at the Contemporary. If we did Tiffins, I’d probably get the ROL package. Which would you do?

If you are foodies I do not think there is any choice here. I would definitely go to Tiffins. I have been to both multiple times but Tiffins is a great restaurant.

The food at Tiffins is less adventurous than the food at Sanaa, and so might be better for a 10 year old. But the atmosphere at Sanaa — panoramic views of the savannah — is vastly more suited to a 10 year old than that at Tiffins, which has views of nothing: it’s a more grown-up restaurant.

Sanaa means properly leaving AK and travelling to AKL — which may be more restful in a way. You can slump in the lobby and snooze.

Personally, in your situation, I’d go for Sanaa.

We were supposed to stay at Sanaa and ended up at BC, but my boyfriend really wanted to see AKL and try their food, so we pick Sanaa for our lunch and break from AK! I am looking forward to Sanaa!

Like @PrincipalTinker I’ve been to both. I would suggest that there actually are some very adventurous choices for your foodie family at Tiffins, despite what @profmatt suggests. But I would say that there are more “safer” choices there than at Sanaa, which is very much Indian-inspired African food.

I much preferred the ambiance at Sanaa to Tiffins which, despite some beautiful artwork, felt underwhelming to me. It’s dark and windowless, so there’s naught to see except said artwork. By contrast, looking out on the savanna while dining is just soooo soothing. And with Kidani Village right there and the lobby of Jambo house a short walk away, there are many relaxing and restful opportunities as well as animal viewing. One of my all time favorite hours at WDW was spent all alone on a porch at AKL overlooking the savanna in a rocking chair with a cool drink listening to the African music. No, not the more commonly known-of viewing spots, but a public balcony located down one of the guest room hallways. Serenity now!

And of course, bread service is one of my favorite favorite things at WDW, so there’s that.

I think you can’t go wrong with either one, but Sanaa will be more of the escape/rest that you’re looking for than Tiffins, IMO.

Now Nomad Lounge on the other hand…

I loved the food at both. If the weather is iffy go for tiffins. It was chilly and drizzly even I went to Sanaa, and the animals were nowhere to be seen, and we couldn’t really see the savannah either.

You can’t really go wrong with either - deciding factor for me would be what type of experience your child wants - Tiffins has the feel of a grown up restaurant while Saana is more relaxed and a more fun. Also,Saana would be more of a break, with a trip to AKL and then some time exploring. Personally I would chooseTiffins, but my family would probably split 3:2 in favour of Saana.

Throwing another option in to consider. What about the new Lion King package at Tiffins? If you go for tier 1 you get a personalised Safari with an expert guide, plus seats for FOTLK. Not sure if that would help your plans.

Haven’t done either for lunch. If you haven’t been to AKL, then Sanaa would be good. But I would only do it if I wanted a longish break, to give yourself time to look around the resort a bit. Only a few of the tables are by the window, but the outlook is right outside so not a problem to go out there.

Just a digression to comment on how cute your cat is.

We had to make the difficult, long-distance decision to have our 18-year-old cat put to sleep during the final day of our last trip to WDW.

So we are now petless, but I keep trying to talk my DW into getting another cat.

Oh man! That’s so sad. This little one is a couple of years old, but we also have an 18 year old. It would crush me to have to make that choice while I was gone. She’s my favorite. Meet Willow: 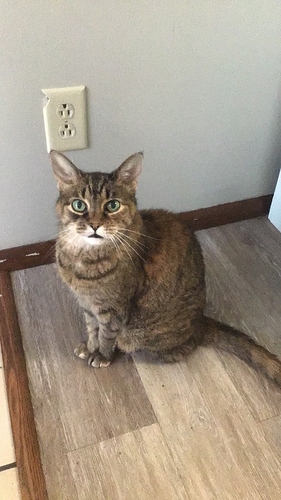 It took me a few months after our other old kitty passed before I was willing to get Scarlett (the one in my profile).

She is very cute too. That is so weird, because our 18-year-old cat who we had to have put to sleep was also named Willow. (We were really into Buffy at the time we got her.) Here is our Willow… 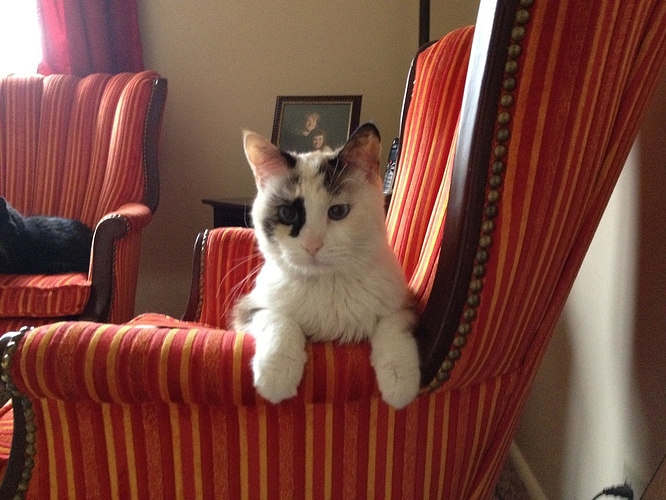 Mine was named for the same reason! My parents had a Xander (who showed up on their porch) as well (he didn’t live very long).
What a beautiful kitty!