ROTR, RD, and the wretched virus

I was thinking about what happens when Disney opens. Let’s say, for the sake of argument, that Disney opens June 1st, but with precautions in place.

This got me to wondering how Disney will plan to handle ROTR. The boarding groups at park opening are clearly not a good idea for social distancing. In fact, large rope drop crowds will be difficult to handle.

It seems that Disney will have to do something to prevent and control large Rope Drop crowds. Any thoughts?

(Yes. This is purely guesswork…but it gives me something Disney related to think about apart from if we’re going as planned or not!)

My guess is it will be a soft opening with limited attractions so something like ROTR just would not open. Or maybe limit the max number of guests in the parks per day which would be kinda nice IF you can get in.

Seriously, not sure there is a way around this one. Not just ROTR… Every park has one every day, and they are all large masses of people huddled together.

Only way I can think of doesn’t make a lot of sense either… Use your parks to spread them out. Get rid of the opening show at MK and for that and every other park, open the gates early and let people line up for their ride. Gets them going straight to the queue’s and somewhat spreads them out that way.

Same would go for RoTR, keep the BG’s… Unless you used this time to get to full capacity… And let them go queue for their RD ride. Will at least break up the mass of humanity into several “lines” of humanity.

One rumor I saw suggested Disney might go to an all virtual queue system…basically, eliminating the standard queue for all the rides.

I would guess it would mean that, rather than getting in line for a ride (apart from FPs), you would queue up in the app, one ride at a time, and when your time is called, you get in a very short line instead. This keeps everyone out of the close quarters of queue lines. Then, once you are off the ride, you can queue up for the next ride. The wait time would still be a standby wait time…except not being forced to be with a bunch of people in the line itself.

I think it is a wise idea…my only contention with the idea is that Disney has generally done a lot to try to keep people IN queues for rides, food, shows, etc. But now the goal is quite the opposite. So, we’ll have to see how well they can manage it (if they were go to that route).

Of course, even if they do pull that off, it doesn’t really help with the RD crowds. Or…does it? Perhaps if they let people queue up for their first ride before even arriving to the gates, it would keep the RD crowd down. There would be no benefit to being there at rope drop if you can’t actually do anything unless you are already in a virtual queue. So, let’s say I get in line for Space Mountain before I arrive at Magic Kingdom (perhaps virtual queues open up an hour before park opening?), then it won’t matter if I get there at 8:00 or 9:00 when the park opens because I already have my assigned first ride time.

Assigned entrance times. Virtual queue for park entry, perhaps? In addition to all rides/attractions having some sort of virtual queue (BG or FP).

The more I think about it, the less I think it is possible for WDW to be open while social distancing is still in place. It is just not possible to stay 2 meters away from strangers and not touch anything someone else touched inside an amusement park.

I do think that when parks reopen, there will be new visible security measures. But they will be mostly for comforting purposes. I am even betting on some extreme measures (like only virtual queueing, you sign up for which rides you want to ride on Disney Genie in the morning and lose all control after that).

With only virtual queues, you could eliminate the rope at rope drop. Allow guests in, they can wonder anywhere in the park, you don’t need to keep them close together behind a rope. You can even allow them to join one virtue queue as soon as they tap in.

Also, maybe to help with virtual queues, they would eliminate FPs for a while?

If parks reopen while social distancing measures are still in place, crowds will probably be low enough that Disney will be able to manage even if people are not in queues.

I think there are bigger issues with Disney attractions. Every time you climb into and out of an attraction you touch metal or plastic. Every single time. I would expect that wiping down surfaces will be something that will need to be done and that too will decrease the attraction capacity and could decrease attractions offered?

That’s a good point…although, I don’t know if honestly Disney could manage that. I think the thought is to have hand sanitizer immediately as you get off so that even if the ride itself is contaminated, you would kill it afterwards.

What that would mean, of course, is no putting your fingers in your nose, mouth, or eyes while you’re on any given attraction!

I’m not sure people realize that some of the “sanitizing” efforts we go through aren’t as effective as they should be. For example, I was looking at the package of sanitizing wipes we have in our house. It explicitly states that in order to sanitize for viruses, etc., you need to wipe it down and keep it wet for 4 minutes! Who actually does that? We wipe down the carts at the grocery store, for example, and about 10 seconds later are happily pushing them around the store.

What that would mean, of course, is no putting your fingers in your nose, mouth, or eyes while you’re on any given attraction!

Oh good. We can still do on-ride photos

We can still do on-ride photos

Maybe I should have clarified that you also shouldn’t put your fingers into someone ELSE’S eyes, mouth, or nose!

but photos that WE take ourselves with our own phones and cameras while the ride is in motion doesn’t require putting fingers anywhere so those are still good right?

Yes. That’s acceptable. (Or wait. That was a trick!)

A-HA! So you DON’T think it’s wrong to take photos with your phone while the ride is in motion!

But how would you avoid people not even planning to be in the park from doing the virtual RD queue? Technically, I could hog a spot from home.

They burn a day of their park ticket if they no-show? Or charge them a no-show fee?

I read somewhere something about virtual boarding groups/ lines. Maybe not opening headliner attractions at all. Will there be a shortage of trained CMs?

But your rope drop question is right on. I haven’t read any thing about that.

People are going to clump at bag checks and tap styles.

6’ x 6’ taped blocks on pavement? One person per block.

Phased opening of resorts? Keeping the numbers down.

Family were discussing attractions. Maybe the ones requiring the most hands on entering and exiting won’t be opening in early phases .

But attractions lines could have hand sanitizers every few feet going in.

Is it possible to have some sort of air sanitizers in line queues?

My personal thought, and it’s reaffirmed reading some of these responses is that Disney will NOT open until we are past the social distancing thing. There will simply be no way to enforce and maintain it that won’t involve reinventing the wheel (or the mouse, in this case), and even then, sadly, people just don’t exercise common sense. I have no doubt that Disney will come back and be as popular as ever, but I suspect it will take some time.

Maybe I should have clarified that you also shouldn’t put your fingers into someone ELSE’S eyes, mouth, or nose! 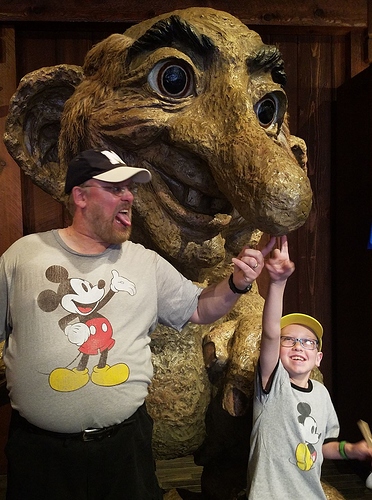