We’re currently planning on heading to HS on Dec. 27th (yes, I know the crowds will be insane). We’re staying on site, so we’ll be taking advantage of early entry. Even with this extra half hour baked into our trip plans, we’re seeing a 111 minute wait time first thing in the morning, which completely takes up our morning. I understand the park will be at a level 10, but this still seems somewhat out of line with all of the trip reports I’ve read, which seem to gravitate towards half an hour to an hour (vs. two hours).

Does anyone have any insight one way or another? If this is accurate, we can definitely shift some things around to make the best use of the early morning. We’re going to be walking in from the Dolphin, and the plan is to be there about a half hour or more before opening (depending on how fast DS9 and DS8 will walk).

The Touring Plans predicted wait on your date is fairly ugly: 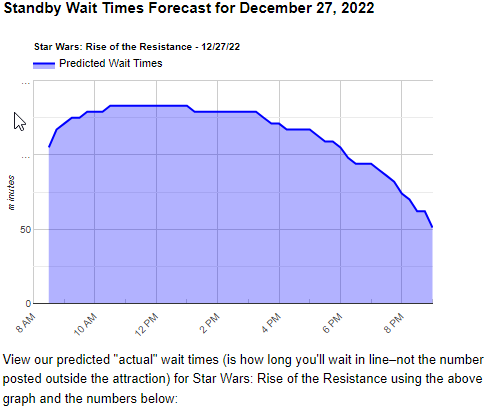 Compare that to today’s projection: 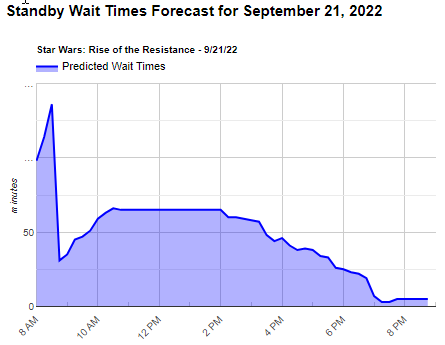 Unfortunately I think the Holidays are nothing like what any recent anecdotal evidence you’ve been seeing of late. I guess someone has to be first in line for Rise, so there’s always hope, but also know thousands of folks will be vying for that top spot as well…

Yeah, I’m definitely not trying to compare it to mid-September or anything, but every other trip report I’ve seen on the blog or forum doesn’t show anything like these wait times.

Thanks for the link, I’ll definitely be playing around with those individual ride charts.

Unfortunately you can’t go back to last year’s 12/27 to check, although I wonder if that data is buried somewhere else? But you can pick some other high attendance days to see how they look. Looking at 7/4 this year: 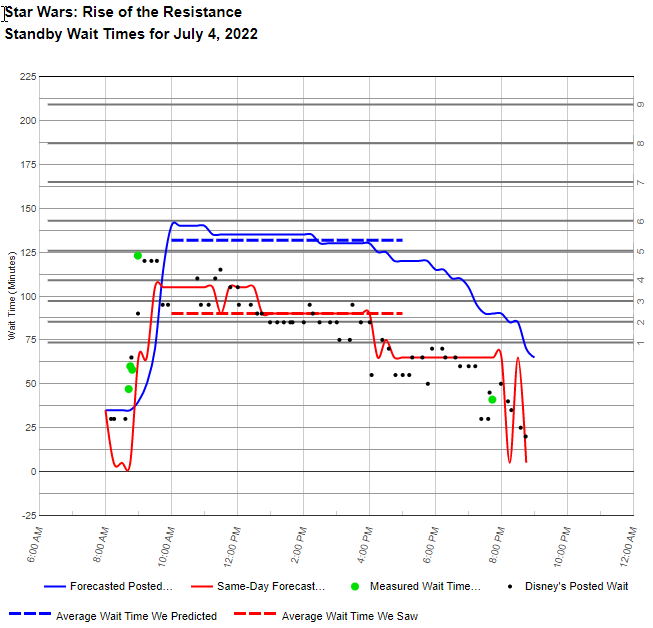 image653×628 25.5 KB
Normal Open was 8:30 so early was 8:00 AM - not sure how much that skews things, but those actual results do seem much more optimistic for you as that first half hour seems fairly reasonable…

Although paying more attention to those green dots, that curve is real steep - you need to make sure you’re on the front edge of that wave…

I was able to just type in the date and got to last year’s data. I went back another day to find a Predicted/Observed crowd level of 10/7, respectively. Looks like they also had a full hour of early entry, which could probably skew things. 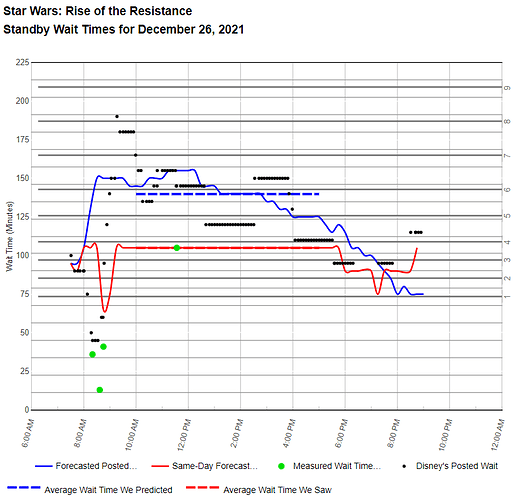 Looks like there’s a few measured wait times, including one 15 min. before actual open at 41 minutes. I’m thinking I’ll just have to come up with several plans and switch on the go.

Thanks again for the help.

If getting on and off rise early makes your day, I would suggest the party suck it up and go earlier than you might want.

Did it in August. 830a normal open. 8a ee. Was staying at BC. Got up at 6a. Left hotel at 630a. Walked and got to the corner of the parking lot by 650a and was held there by security. 1 family ahead of us there. At 7a they let us through security and we made it to one of the park entry taps first in line. They let us in at 745a that day. We walked on and off rise. We walked on and off falcon. We were headed to toy story land by 830a, getting there just before regular park open.

It does sorta all work out evenly. Spend time waiting for park open vs waiting in queues.

I like getting up and getting going early. Just sets the day up nicely and allows for more flexibility later on.

Spend time waiting for park open vs waiting in queues

Even if you’re still just waiting in line at the front of the park vs. the ride queue, I would think spending the extra time in the morning and getting to the head of that line has a pretty solid impact on subsequent lines, like you mentioned for MFSR.

I think this is definitely the way to go; our boys can definitely get moving in the morning if there’s something exciting to go do. And since we’re staying on site, it should be easier to head back to the hotel for an afternoon nap or at least a little down time.