It looks like we will probably be taking the Skyliner from Pop to Epcot. We’ve never rope dropped from the International Gateway. Do you walk through UK and Canada to get to Future World? Are you held up at the gateway or do you get to go further along before park opening? And if so, where do you wait?

We rope dropped from IG last week. They held us on the bridge where you go straight to UK or right to France. About 5 minutes before 9 they let us go and we did a fast walk through UK and Canada pavilions and headed straight to frozen. There were only about 30 people at the IG for rope drop. We did meet up with the crowds coming from front entrance but still managed Frozen as walk ons. Glad we did because Frozen was then down almost the whole rest of that day

Thanks for the information.

Has anyone tried to do Soarin’ from the IG? Do you wind up stuck behind everyone from the main entrance?

I’ve found that the ride for Soarin goes fairly quickly. It’s a short walk from the IG - just past the UK, Canada, and the building with Figment. Im trying to picture the layout and I’m thinking it’s probably about the same distance to IG to Soarin as it is from IG to Norway/Frozen.
If you had to do one or the other, I’d pick Frozen and get that out of the way first thing.
We’ve also rope dropped from the main entrance and found that a lot of people bottle neck before Spaceship Earth for pictures and then head towards test track and frozen.

Anyone there now? Curious with the skylines how the lines were at IG?

Today is the first day. I am currently stuck high in the air on the way to Epcot (and yes, the buckets heat up quickly when stopped). Will let you know - assuming we ever move and are not evacuated.) It seems that a lot of people are riding just to ride.) 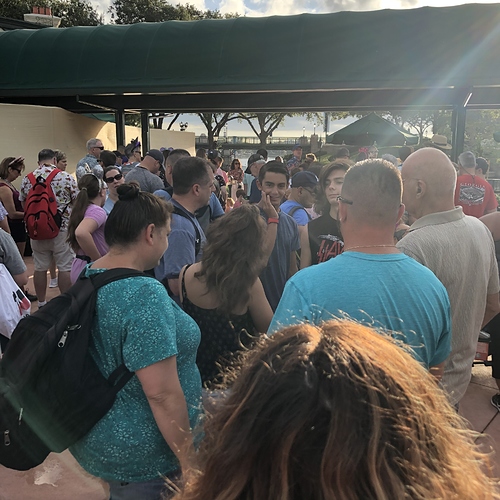 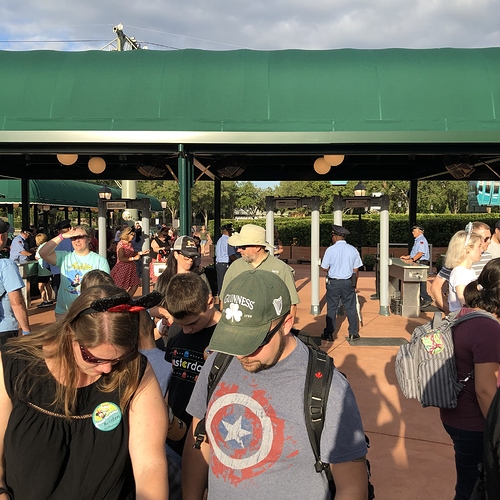 Also note, there are NO restrooms until you are allowed into the park.

I wonder if that’s what a normal crowd there looks like or if more. Never Rd from there but will next trip.

Not sure. They did seem to let us through about to Rose & Crown when it got packed. So they seem to be aware that it will pack if they don’t do stages.

Also you could at least use the restroom at R&C once they let people to there.

Thanks for the report @lizzieanne771 Glad you made it to Epcot on the Skyliner. It will be interesting to see how they affect the rope drop crowds and procedures at IG over the next few months.

We RD’d Soarin’ from the IG on our trip in May and it was fine. TP has done an analysis of the walk times from each entrance and in general there’s no difference.

Great to hear! I thought I had seen something from Touring Plans that suggested the times were similar from both entrances but wasn’t sure.

Yes, and they had some construction walls up, it made it seem longer but it wasn’t. I don’t know if that wall is still there, it did throw us off a bit as it didn’t look like the main way down to Soarin’ anymore, but it was. Stay to the left and you will be fine.

what times do the skyliners start running. how early can i get to epcot for RD . planning to go from HS to epcot.

I don’t know how early. I would imagine in time for the parks to open. I have no interest in Studios and they were already going when I got up.

Epcot line was not running at 7. They said 8 when we asked, but that seems late considering they do 8am ADRs. We went to Studios and walked to Bon Voyage Breakfast.