I know this might sound crazy, but has anyone gone to R&V first, and then to Soarin? ( I’m thinking about capacity–i.e. 10th in line at R&V could mean 20 min wait. )

We have a PPO for GG at 8, so it seems logical to go right to Soarin, but if we are early, we would be first in line to meet R&V and maybe Soarin waits would still be low because we would be done at like 9:02? Versus if we do Soarin first, we are not getting in line for R&V until 9:20 and line could be longer by then.

We rope dropped Test Track (from the middle/back of the pack) and then went to Ralph & Vanellope and barely waited 5 minutes. I think you would be totally find to do the first Soarin ride and then go see R&V. Their waits definitely don’t build very fast because nobody knows they are there! Plus they are kind of far back in terms of Future World.

Ok, I’m looking at time stamps on my pictures. I have pics in the TT preview center from 9:26, then actually Mickey & Friends at 9:46 so we didn’t even get to Ralph until 9:58am. I think they might not even start until 9:30? But again, we waited behind 2 families.

If you do Soarin right after GG, you may even be off the ride before 9! I don’t have any pics from that morning, but we must have ridden Soarin’ around 8:45!

Go to Soarin’ first. That queue will grow much faster. You should be off Soarin’ and be able to stroll over to them at 9:20am with no real wait. Most who want to do M&Gs at RD will be over with Anna & Elsa and riding FEA

FYI - Ralph & Vanellope start meeting at 9am - 6:55pm inside ImageWorks most days. 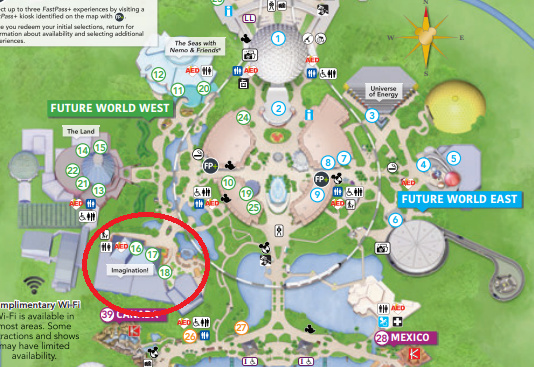 Oh, that’s a good point. Soarin could open early and R&V could easily open late. (We met Gaston once at his start time of 10 am and he was 5-10 min late).

Thanks! Soarin first it is.

With an 8am GG you will be off Soarin before 9am. You can easily head to meet Ralph and have a very short wait.

That seems to be the consensus so I’ll go for that-thank you!

Is this a new character meet and greet? Will it still be there first of March?

R&V has been there for a while; it’s not on the TP app and does not have FPP.