Questions About Breakfast at CP

I was reading about how wonderful having a pre-RD breakfast is at CP, so I thought I’d take a chance and see if a reservation happened to be available. I was able to find one.

It’s on a day that doesn’t have EMH. The information I was reading advised to get a reservation for 8:05 am, but the earliest I could get was 8:20 am. We probably won’t do much character greeting or photos - maybe one or two. So we’ll primarily be focused on getting some food and getting out to the park when it opens.

So for those who have had a pre-RD breakfast there before, I was wondering…

I don’t think 8:20 will be too late for a 9am opening. We do this every year and while I wouldn’t make a reservation later than that to be in the park by opening, I think you’ll be ok with this time. They will let you in earlier than your ressie. There is a special entrance on the left for people with reservations at CP and CRT. They may even seat you early if you arrive at the restaurant earlier than 8:20. I can’t speak to the question of bus vs. taxi because we usually have our car. Enjoy a nearly empty Main Street - it’s always one of the highlights of our trip.

I think 8:20 is perfect. I had an 8:20 reservation and then found an 8:00 one, and in the end, I wish I’d kept my original reservation. It was rather stressful getting into the park and then through the line at CP to give them my name. I didn’t have any time to really take photos or look around before needing to be at the restaurant for my 8:00 ADR. I think 8:20 would give you time to do that. It’s a trade-off because you’ll miss a bit of the early touring time, but it’s nice to have the empty-ish Main St. experience before your meal. The food was very good!

8:20 should be fine. Last trip we arrived early, had magic bands problems (stacked tickets, so an unusual problem) and still made it on time.

We stayed at POR, and used the bus with no problem. However you can check with the front desk to confirm the time of the earliest bus

Thank you for all your replies. This does help to set my mind at ease about the reservation. I’m really looking forward to experiencing a near-empty Main Street.

We just did an 8:05 pre-RD CP ADR on Jan 13. We had to check our name off of a list, then they let us in about 7:50. Since CRT was closed, the line was rather short. We did feel a little rushed getting to the restaurant, but we still had time to get some pictures. The people who checked in ahead of me had an 8:20 ADR, but we were still seated ahead of them. If you don’t mind missing some of the characters, then you should be fine. We had good luck seeing all four of them, so we were done by 8:45, just as the park opened (sometimes they open the park early). When we left the restaurant, we could see the CMs with the ropes walking the guests down Main St toward the castle. Most people were headed toward mine train or A & E. We went toward Frontierland, and we practically by ourselves.
We had no problem getting there by bus from POP. We hopped on about 7:10-7:15 but someone said there was an even earlier one. We were there in plenty of time. 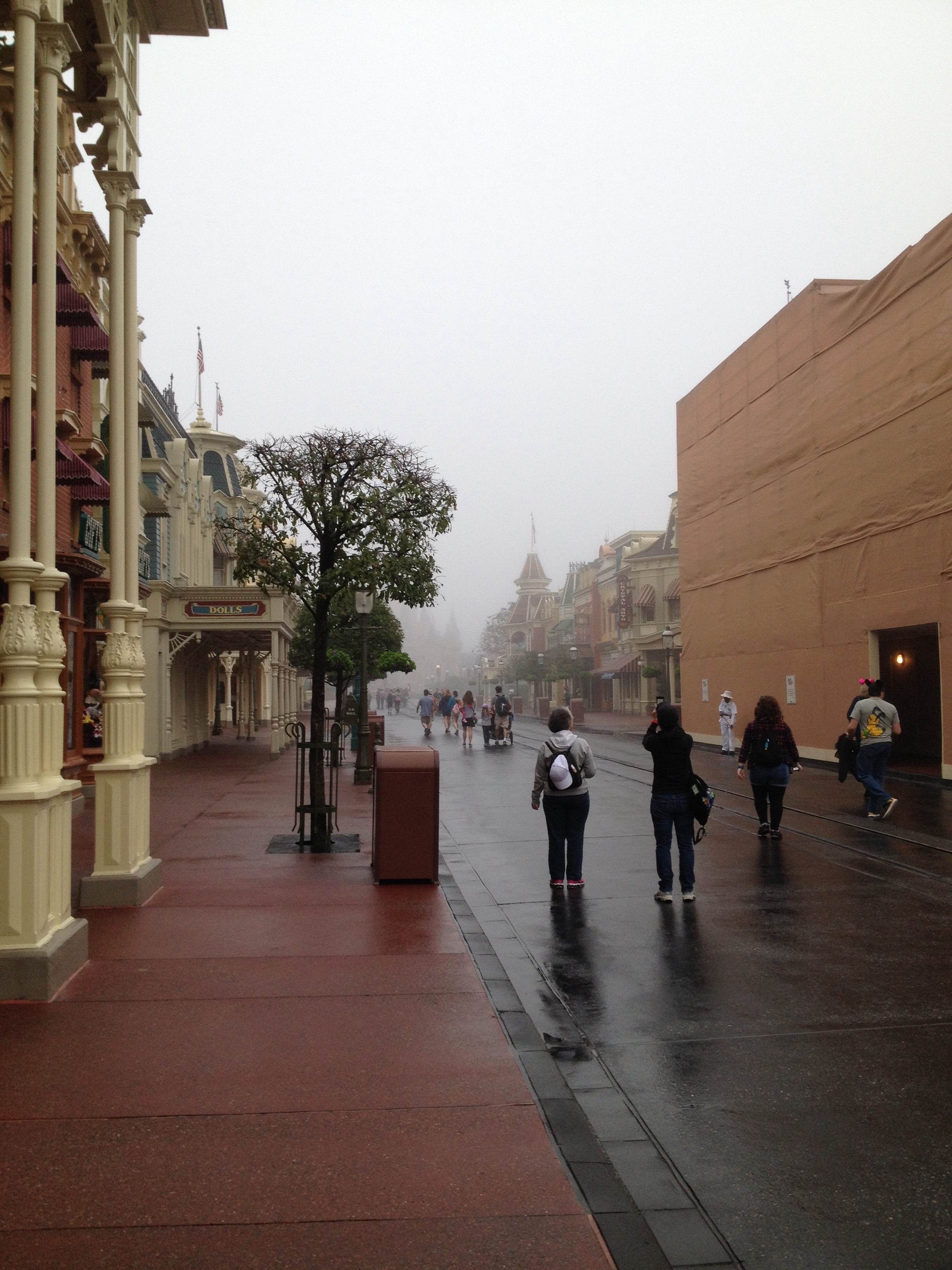 I got a bit of good news/bad news. The RD on the day we have our ressie for CP was adjusted so now the park opens at 8:00 am, but I still have my ADR for CP at 8:20 am. So now I’m debating on whether to cancel the ressie so we can have more time for touring or if I should keep it, since it is a bit difficult to get ADRs for CP and we’ve never been there.

I would move it later if you can. You can do quite a bit of touring between 8 and 10 or 10:30, and then stop for a nice brunch. This same thing happened to @Outer1, so he might have some input.

I would definitely say move it. In our case though we took the opportunity to not be in such a rush to get to the park. We weren’t getting the benefit of getting in early and we’d been pushing things pretty hard. We showed up a little after rope drop, did a few b list attractions and then went for a nice breakfast and were then ready to really tackle our day. We’re not really rope drop kind of people though so if you are use that time to your advantage. Thanks for the tag @SallyEppcot

ETA: The food was delicious and the characters were a lot of fun.

Thanks for your input. I checked the site last night and the only ressie available for CP that morning is at 9:50 am, so it would still be during the best time to tour. (I checked it again this morning, but the WDW site won’t bring up CP at all for some reason.) We’ve got a FP for 7DMT at 10:40 am, so I’d probably want to move that too.

I copied my TP for the day and played around with adjusting the ADR to 9:50. If the TP magic is working correctly, it looks like we would have slightly less free time (15 minutes less) with the earlier ADR, but we can still get to everything either way. Plus we’ll be at MK another day and possibly on two other evenings to catch anything we missed.

I’ve got to discuss this further with the DW. I can deal with little later breakfast, but she tends to get a little cranky if she doesn’t get hers relatively early. I don’t even want to think of having a snack before the late breakfast because we’re on the DDP so we need to take advantage of a CS that day, plus we have ressies at BOG for dinner. That’s going to be a lot of food.

It’s so annoying when a plan has to be redone! Would you be interested in CP lunch? The characters are still there for lunch.

I will say that we were very full and that easily became breakfast and lunch for us so if you are also planning a lunch and a dinner I’m not sure i’d wait until later.

But if they’re only doing one big meal a day, then lunch would work.

Oh. Duh. I just saw the BOG part. Don’t do CP for lunch before BOG dinner!!!

I have a feeling that my scale won’t recognize me by the time we get back.

Next time I don’t think I’ll do the DDP. I’m finding it quite restrictive when we want to make sure to get our money’s worth out of the program.

Are you doing a signature 2 credit meal? After what we paid at CG one of those could probably help up your value from the DDP.

We did the dining plan for our first trip last year, and we won’t do it again. It caused more stress than it was worth. If you can manage to shift your thinking, maybe give up the need to get good value and just enjoy your vacation. That money has already been spent. Use your credits, but don’t worry about squeezing in meals where they don’t fit or making your family eat when they’re not hungry.

We’re actually doing 3 two-credit meals - YS, HBD, and CRT. It’s the CS meals that we’re having a difficult time using up. I’m sure we’re probably losing some money on this one, since I now understand that the signature meals are not always a good use of the credits.

We used up a lot of credits on CS breakfasts from our resort food court. All the walking made us wake up HUNGRY. I got up early and walked over to the food court while the boys were taking showers and brought back trays of food for everyone. They’d devour every bit of it while I took my shower and then we’d be out the door and on our way. They were hungry again within a couple of hours. If you do breakfasts, don’t forget to get a bottle of OJ or milk for each meal/credit, even if you fill your refillable mugs with coffee.

When I started planning out trip last year I was totally wrapped up in having to get the Free Dining promo and wasn’t sure what to do when it happened that we fell in the blackout dates for last years promo. I’m glad we didn’t though. I see the stress people have over making good use of their credits and it is nice not to be so tied down to a certain meal structure. Plus when we got home i added everything up and we were nearly $200 under what we would have spent to get the plan. Having said that though, if money weren’t a concern I’d consider it just for the convenience of swiping my MB and not being concious about what I was ordering.