So the wife and I made an impromptu visit to WDW last week and had great time. I won’t bore you with the usual trip report stuff, other than to say that we encountered two unexpected things … swimming in the middle of February and an amazing housekeeper at our resort. 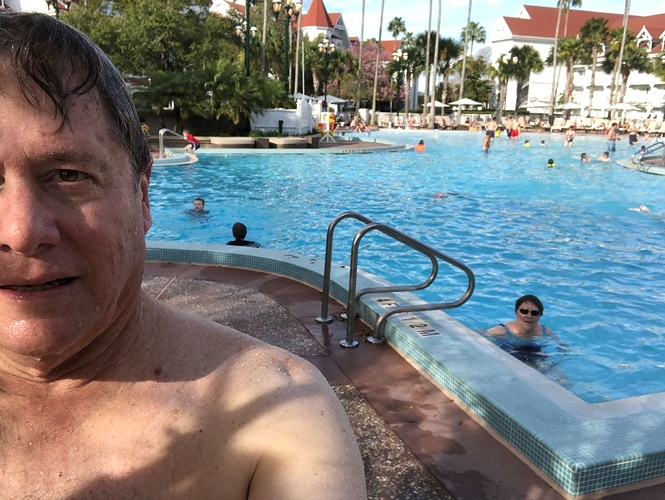 Sorry for the funky photo above, but this is the 1st time in my life that I’ve ever gone swimming in the middle of winter in the month of February.

And then there was our stunningly creative housekeeper who made-up our room ever day. Every day she entertained us with an entirely new creation made out of bath towels. I’ve never seen anything like this before. Pics tell you what I can not write. And she was a joy to talk to. 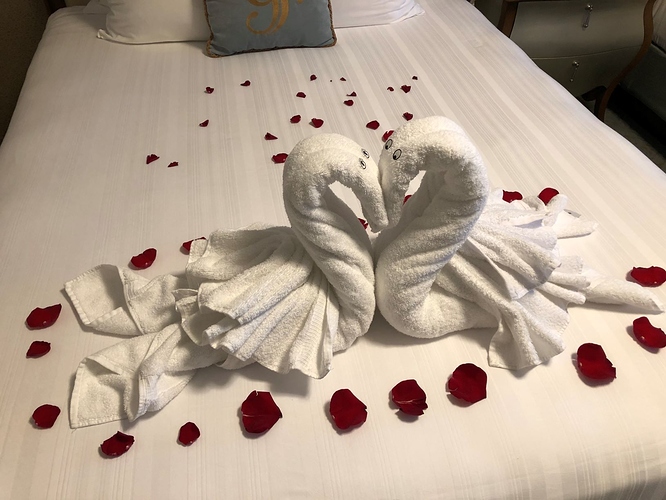 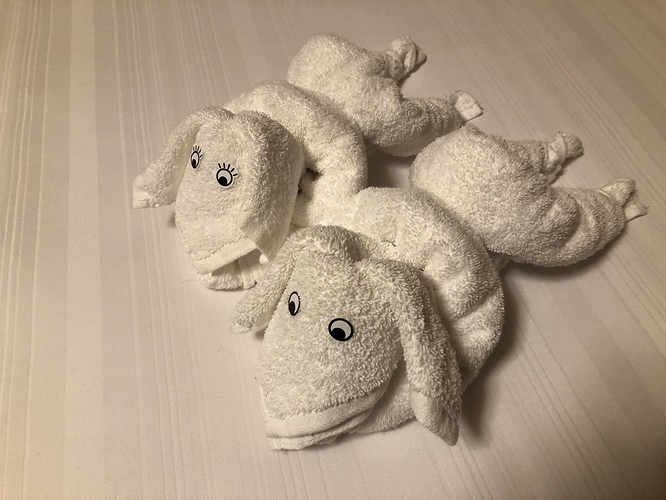 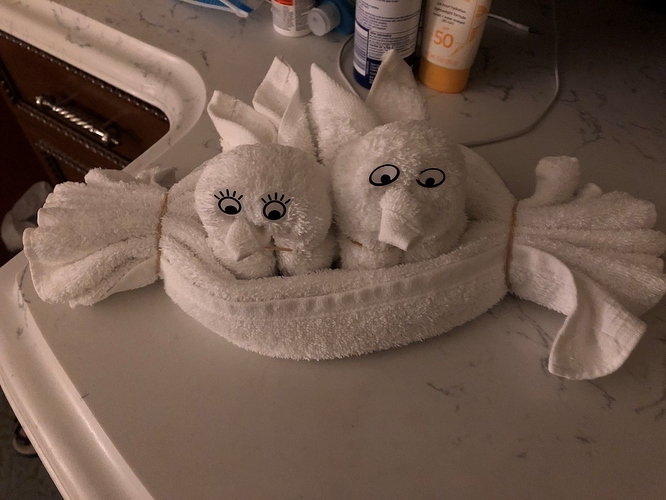 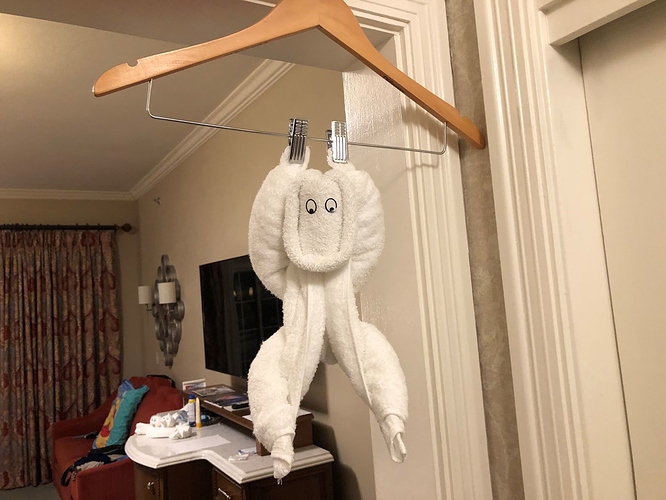 Nice! So glad the weather cooperated for your trip. Where did you stay? The pool looks amazing! Housekeeping does amazing things with the towel animals. I like the added touches of flower petals and eyes.

We were at the Grand Floridian

Staying there in the Spring, how as your stay? Any tips?

The resort itself is very nice. We find it very relaxing compared to the others. The only thing that caught us off guard was boat transportation back and forth to the MK park, which we enjoy using sometimes instead of the monorail. In the past there was a dedicated boat between GF and MK, and another dedicated to the Poly. I don’t know for sure, but it looked to me like preliminary ground work has begun on the new GF/MK walkway along the shoreline parallel to the Monorail, and that work has closed the previously used boat dock at MK for the GF resort. Now a single boat services both the GF and Poly. So travel time can be longer. Plus, the GF/Poly boats now use the same docks as the Wilderness Lodge boats. One day we idled about 15 minutes in the middle of Bay Lake waiting for one of those boats to depart so we could go ashore.