I was looking to see if there were any recent reviews about portable phone chargers, and could find any new than last year. I’ve not needed one in the past, but am guessing it’ll be different this upcoming trip as I’ll need to check my phone more frequently.
Are the ones you can exchange in the park the best option? My hesitation is I don’t think there is anywhere but the airport to exchange it here in my hometown. Is it worth it? Is there another option you like better? I’m not looking to spend hundreds of dollars either. Looks like there is a HUGE price range!

What phone are you charging and how often you expecting? Once a day or several times a day?

That would be helpful information!
DH & I both have iPhones. I have no idea how often to expect to need to charge them? On a day with heavy at home use (listening to podcasts or books), I need to charge it once before the end of the day.

DH’s phone is older and doesn’t hold a charge very well any more. I wonder if he’ll have a new one by the time we go? Who knows, he’s a late adopter and resistant to change😂

I love Anker products. I’ve heard good things about their chargers. I bought a charger last year that will charge two phones at the same time, not an Anker, though, and it is a bit heavy.

I have been tempted to use the ones you can exchange in the park, because that would be good if you don’t have time to charge it up again. Just to note, though, you can charge those without having to trade them in.

Anker or Ravpower. I have both and they are great. I like the 10,000 mAh size Anker the best

We take two Anker portable chargers with us Disney. Love them. It’s enough to charge our 4 phones at least once during the day. We have the Anker candy bar sized one so it’s pretty small. 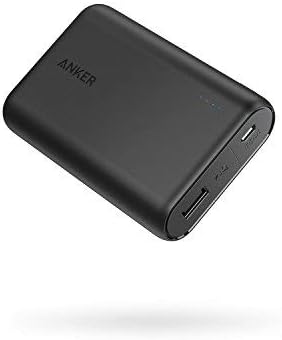 It’s the best small single phone charger I’ve used - good for several charges of an iPhone and not too bulky. We also have their 20K version which can charge 2 devices simultaneously but it is likely overkill for most applications and is far bigger.

DH’s phone is older and doesn’t hold a charge very well any more.

Modern batteries have limited charge/discharge cycles which can be impacted by several factors. For example, if you do “high speed” charging often, it will actually reduce the overall longevity of the battery life, even though you are getting your phone charged faster in the moment. Slower charging will prolong longevity.

There are other factors as well. But once a phone stops holding charge as well, you can either replace the battery (harder to do on most phones these days, though not impossible if you have the know-how, or willing pay to have it done) or just replace the phone. There are so many good budget smart phones out there (I’m partial to the Motorola G series of phones) that sometimes it just makes more sense to replace the phone if it is an older phone.

In the meantime, the external chargers work well…BUT they will ultimately lead to more rapid deterioration of the phone’s battery since they try to perform a rapid recharge.

Oh. I should add that often times, when a phone appears not able to hold a charge as well any longer, it isn’t actually the phone battery’s fault, but the use of poorly written apps, more apps, features on the phone, etc., that draw more power. Over time, we tend to install more apps without uninstalling apps we no longer use. But each of those apps might have allowed access to, for example, location services, etc., which draw lots of power.

For example, my wife and I recently installed Life 360 on our devices. We like the app a lot. But one of the negative side effects of it is that since it relies so heavily on location services that my phone battery is having trouble lasting the full day. But before I installed it, I would end the day with ~25% charge left.

Unfortunately, neither iOS nor Android devices to a great job of ACCURATELY showing battery usage by individual apps, even though they provide a means to do so. Still, it is worth looking at to see what apps are drawing the most power and making sure you actually want/need those apps. If so, it might be worth poking into the settings to see if you disable features that might draw more power.

Also, some apps are just poorly written. I’ve had some apps that would draw so much extra power for no reason that I just deleted the apps. For example, I have a Samsung Gear Fit Pro 2 that you connect to your phone over BT. But the Samsung software is SO BAD that my phone was losing about 50% of the battery within just a couple hours. I finally isolated the problem to the Samsung software. I deleted the apps from my phone and my battery longevity was restored.

We have an Anker. Awesome charger. Charges our phones pretty fast and the charger itself holds a charge for days. I think we spent around $30-40.

I had a lot of luck on my first trip with an iPhone 6 being charged by the 3,000 mAh filehub by ravpower. It would give me one full (or nearly full) charge of the phone with a near dead battery(like 10% left). Doesn’t look like it exists anymore, but there is this one: 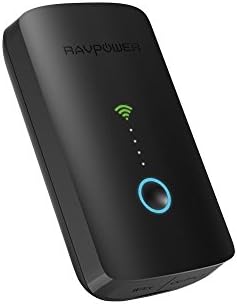 It was easily the best purchase I had made for the trip. What I love about this is that it will also transfer photos and files to USB or other devices via WiFi.

For this most recent trip, I had the iPhone X and was expecting much more power usage(bigger battery, more reliance on camera and GPS, and all my schedules were kept digitally as well), so I ended up getting the 10,000 mAh guy here. Ended up needing it twice for the whole trip, and it easily took care of an iPhone X and iPhone 7+ Battery. Didn’t do anything special beyond a flashlight (never needed it) but for $10, I found it hard to beat. 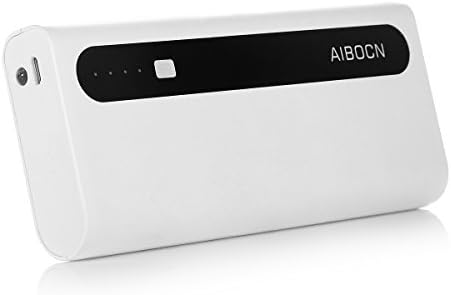 Either way, pretty much every suggestion offered is a solid choice.

Oh, one thing you may want to consider is also size and weight of the charger. These things are unobtrusive when sitting at home or in a hotel room, but if you’re dragging them with you into the park, they can get heavy and cumbersome as you tour around. If a few extra bucks will provide a significant smaller profile to work with, I’d say go for it.

We just starting using this one last year and we really like it. It’s a little more than the Anker’s we were using (which are great!), but this one has built in cables. I can’t tell you how many times we’d head to the park and I would have used the cable the night before to charge the phone and forget to put it in the bag with the Anker when we headed out the door. This one solves that problem and my horrid memory is no longer an issue. 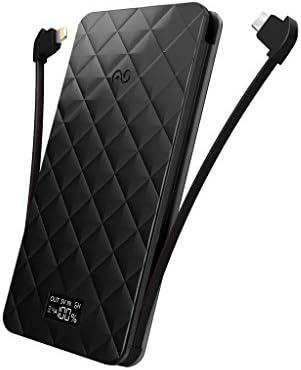 One look at the stylish diamond pattern of Trio's 13mm ultra–thin body will make you want to pair it with your smartphone or tablet. The incredible 10,000 mAh Li–Polymer battery will charge three devi ...

This is the charger I am in love with. It doesn’t do a super fast charge, but it will give 2-3 charges each day. It has enough zubas for me, but my favorite feature is that the cords are all attached. It comes with a lightening, Micro, and USB-C charger. You have to chose between the USB-C and the lightening since both cords attach to the same side. 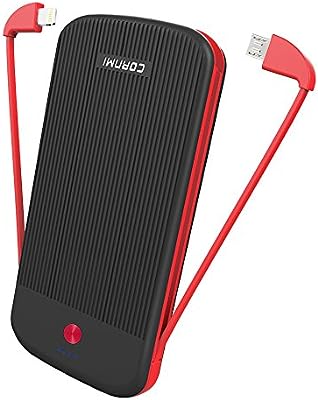