There’s quite a bit of info in this article, but the bottom line seems to be that Disney misjudged the projected attendance at SW:GE Disneyland and also the attendance at WDW over the summer.

I’m not sure if the reasons given for decreased park attendance really hold up.Are people really delaying their vacations to line up with the opening of SW:GE at WDW? Or is it the general rise in prices and change in policies that has decreased attendance?

As for the lukewarm reception for SW:GE, I think Disney may have focused on parts of the franchise that don’t hold as much appeal as other aspects of it. Hopefully, this will be corrected in the immersive hotel experience, that’s our main reason for coming back in a few years.

Just speaking for me, I have delayed my next WDW vacation until 2021 because of all of the stuff that will open between now and then.

What hurt DLR is that they didn’t say we are doing an extended “soft open” with partial attractions until 2020. The promised the shareholders to be open by Summer 2019 and presented it as “open”. Plus, they hyped the “it’s gonna be a madhouse at SWGE for a long time” and actively discouraged / blocked AP from going. If I were a local I wouldn’t be rushing there either with all that.

Price increases have never hurt the parks. Guests grumble about it and then pay it because they want to go to Disney. Maybe some will go less often, but they’ll still go.

I, too, think they should have focused more on the original three movies. However, I assume they are want to expand the brand and that means going with what’s current.

It’s not really even about what’s current. When one actually has to search through Wookiepedia to find out what the heck Oga’s Cantina was, there’s a problem. It’s bizarre that they took the whole concept for the new Star Wars land out of companion books, instead of the movies. It’s a major lost opportunity for visitors to connect with the concept.

Perhaps it’s a small thing overall, but I’d be a lot more excited about it if I thought I was “going” somewhere I’d always wanted to be, instead of a place I’d never heard of before.

I suspect you’re correct about the prices increases, but it’s hard to tease out the cause of the decline when they’ve made so many changes at once. I don’t expect that an earnings call is really going to give us an unbiased assessment of what happened, though.

You do get to fly the Millennium Falcon though… . that should be a nice consolation.

I’m like that with Avatar, although I did manage to see the movie (on an airplane seatback) before we went. I don’t think that IP has held up as well over time, and yet people still really love the rides. Well, FOP anyway

We’ll see how it works out for the hotel- that’s what I’m going to wait for. This type of thing might matter a lot more when you’re paying $1000 a day for an immersive experience. That’s some darn expensive cosplay for a character you may or may not want to be.

This type of thing might matter a lot more when you’re paying $1000 a day for an immersive experience. That’s some darn expensive cosplay for a character you may or may not want to be.

I think my boys would really love the hotel thing, so it’s on my list for the future. I will definitely need to bone up on my Star Wars knowledge beforehand!

Yes. And what makes this even more odd from a decision making standpoint by Disney was that Disney went to explicit lengths to ensure that Star Tours went from being a generic “not really related to Star Wars” ride set in the Star Wars universe, to being EXPLICITLY Star Wars related with the re-do. So, it becomes strange to then purposely make SWGE go the same route as the original Star Tours pattern.

Anyhow, my interest in SWGE, as a Star Wars fan, is only about a medium. In fact, if we don’t even see the land in our May trip, it won’t bother me. Why? Because, for me, other than seeing the MF, it just doesn’t call to me any longer. I watched a video of SWGE from Disneyland after it opened, which immediately dampened much of my enthusiasm.

Still haven’t seen Avatar. Can’t believe they want to make sequels. I say with some moderate re-skinning it to be Marvel’s Black Panther homeland of Wakanda or some other more relevant IP.

Even not being a mega SW fan I’m still interested in the hotel. My question going forward is how long do you have to stay to have a “full” experience / adventure? WDW keeps saying you’ll have encounters / missions. Am I going to want to spend the day there than go into DHS? As much as it’s probably going to cost I’d only want to do it one night.

This really is a good time to be a theme park fan. There hasn’t been this much going on since 2010. We have so much to look forward to through at least 2023.

“not really related to Star Wars” ride set in the Star Wars universe, to being EXPLICITLY Star Wars related with the re-do.

huh? The original ride had you go through the Death Star and Hoth.

Regarding the choice of land, I’m still in the camp I’m glad it’s not something we’ve seen in the movies so far. Cause let’s face it: it’d NEVER live up to it. It’s impossible. No matter where it was set. Endor, Tatooine, Hoth, Yavin… none of it would come close to what you would have built up in your mind.

Going to someplace Disney can establish the canon on is a far better decision. A quick look at Pandora confirms this. They had to rewrite the history from the movies in order for the land to even be accessible to humans.

Ive. Never. Seen. A. Star Wars. Movie. There, Ive said it and feel soo much better. Still excited to see it at Disney.

I know. What I mean is that the “setup” wasn’t particularly Star Wars related. You had a robot (Rex) taking you on a shuttle ride. It was only by accident we end up in those familiar locations. First time I rode it, while it was fun, I was disappointed because it didn’t FEEL like Star Wars to me at the time.

When they redid it, they were sure to infuse as many Star Wars characters into the mix as possible. Of course, this wasn’t done as well as I’d hoped, since they seemed to also decide to include time travel in the mix since we face both Darth Vader and Kylo Ren, etc., in the same ride!

let’s face it: it’d NEVER live up to it. It’s impossible.

This could be true. Then again, as I said, I’m MOST interested in seeing the MF.

On the other hand, I’m MOST BOTHERED by the fact that the cockpit of the MF now has three rows.

So I guess that makes your point!

Yup and after 2 hours in line you’ll have seen it and…that’ll be it. It was cool, sure…but now what? Yeha you can keep repeating that for any future trips, but eventually you’ll have the “been there; done that.” feeling.

Then that feeling expands to the whole land. Disney wouldn’t be able to really add anything too outrageous to the land it because [comic-book-guy voice] “IT WASN’T IN THE CINEMATIC RELEASE AND THEREFORE NOT IN THE UNIVERSE. THUSLY, NOT CANON!!” …unless they send the movies BACK there, which, I think we can all agree is a well we don’t need to keep tapping.

yeah they really should’ve kept it to 4 seats. I don’t see why they didn’t, Mission Space has 4 and that seems fine. I guess their data suggested it was a good idea. Meh, the gunners being in the back seats also bugs me as does there needing to be 2 pilots (1 vertical, 1 horizontal). But…gotta everyone something to do,I guess.

Yup and after 2 hours in line

Oh. Well, to clarify, I only meant see the outside of it in person…not the line. I mean if I get to see the line, that’s fine. But I kind of (hope to) see the photo op in front of the MF being an iconic moment much like seeing the castle or Spaceship Earth or the Universal Studios globe.

Beyond that, I’m just not interested in spending much time in lines there at ALL. I was originally, when it was announced…but no longer, after seeing it isn’t REALLY Star Wars (to my sensibilities).

I watched a video of SWGE from Disneyland after it opened, which immediately dampened much of my enthusiasm.

Me too, which was kind of surprising. I’m a pretty big SW fan, I should have loved it.

Of course there’s a huge danger in spending billions on a land that could become dated, so I understand they’re trying to keep it sort of nebulous, to not tie it to any one movie. But I think this is a big mistake, and it’s a mistake they’ve been making for the entirety of the sequel trilogy.

They don’t seem to understand that the the original story arc and characters are not dated- they have not just survived on nostalgia- they have rather, passed into the realm of classic. Like the Seven Dwarves or Mickey and Minnie, which they’re still building rides around. Perhaps Disney has realized this, albeit a bit too late, and that accounts for the changes with Star Tours.

For Halloween, I’ve got a Rey costume and a Leia costume and when I wear the Rey one, some people think it’s from Dune. But no one gets confused about the white dress and ear buns.

I think Disney was perhaps a bit arrogant about the entire SW project to begin with. They could not improve on the original, but they couldn’t accept that, either.

My question going forward is how long do you have to stay to have a “full” experience / adventure?

I’d pay for that.

But no one gets confused about the white dress and ear buns. 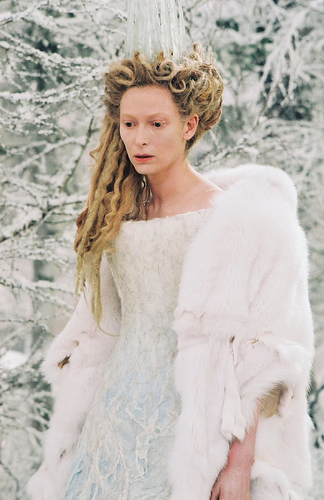 I had to do this too and had the same thought. And I think this is a big problem for WDW. Other than the MF and meeting Vader/Chewbacca, Star Wars land is not really Star Wars to many fans.

I think WDW’s lack of focus on Episodes IV-VI will go down as a huge blunder. And the indications should have been clear that those were (and always will be) the most popular of the series.

Of course, what I really want for a hotel is a mock-up of the Discovery One from 2001: A Space Odyssey, complete with an AI that’s trying to kill me. That’s immersive!

No buns, man. No buns. That’s an updo. Get with the program.