With the fresh paint on the Monorail lines at the TTC, it begs the question, When will the EPCOT Monorail reopen? Selfishly, we are there in mid June so my fingers are crossed. Not seeing anything much with regard to news and/or speculation.

Someone on social media suggested that the holdup is the construction mess. For whatever reason that didn’t ever occur to me until I read it but that makes perfect sense.

I think it’s going to be closed longer than we would like it to be.

Which mess are you referring to? The old Innovations site? Don’t want bloggers posting daily pics?

Yeah the whole of future world is still a disaster.

I actually have hope with the 3ft guidelines. I am hoping it will allow them to not have to install those shower curtains . I think that might be a factor?

Looked up the most recent aerial pic from Bioreconstruct on Twitter

I see your point completely 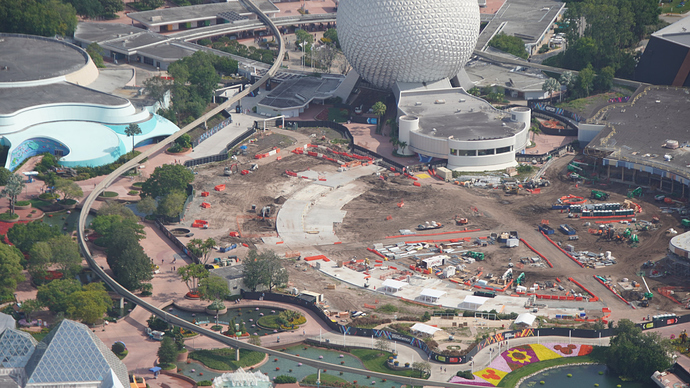 Yeah that is terrible. Def don’t want people looking at that. And that’s a long long way off from being done.

Maybe they will aim for Oct 1 like everything else?

Yikes! That’s a huge mess. Nonetheless it is interesting to see, but yea probably something they don’t want to showcase.

yeah someone on the forum had the same suspicion….

The Depiction of a Trip Report Walt Disney World

The railroad being down is definitely due to Tron, but the monorail is not. I think the Epcot monorail is down more likely due to lack of demand to go to Epcot and that you’ll be able to see ALLLLLLL the destruction it’s currently undergoing. AP holders now get pink rings? Before it was just the standard green. That’s nice, but it should be orange or something… c’mon disney, these are wholly customizable, make it different!

I just wish I could remember who it was…. They were a certified genius, I’ll tell ya that. 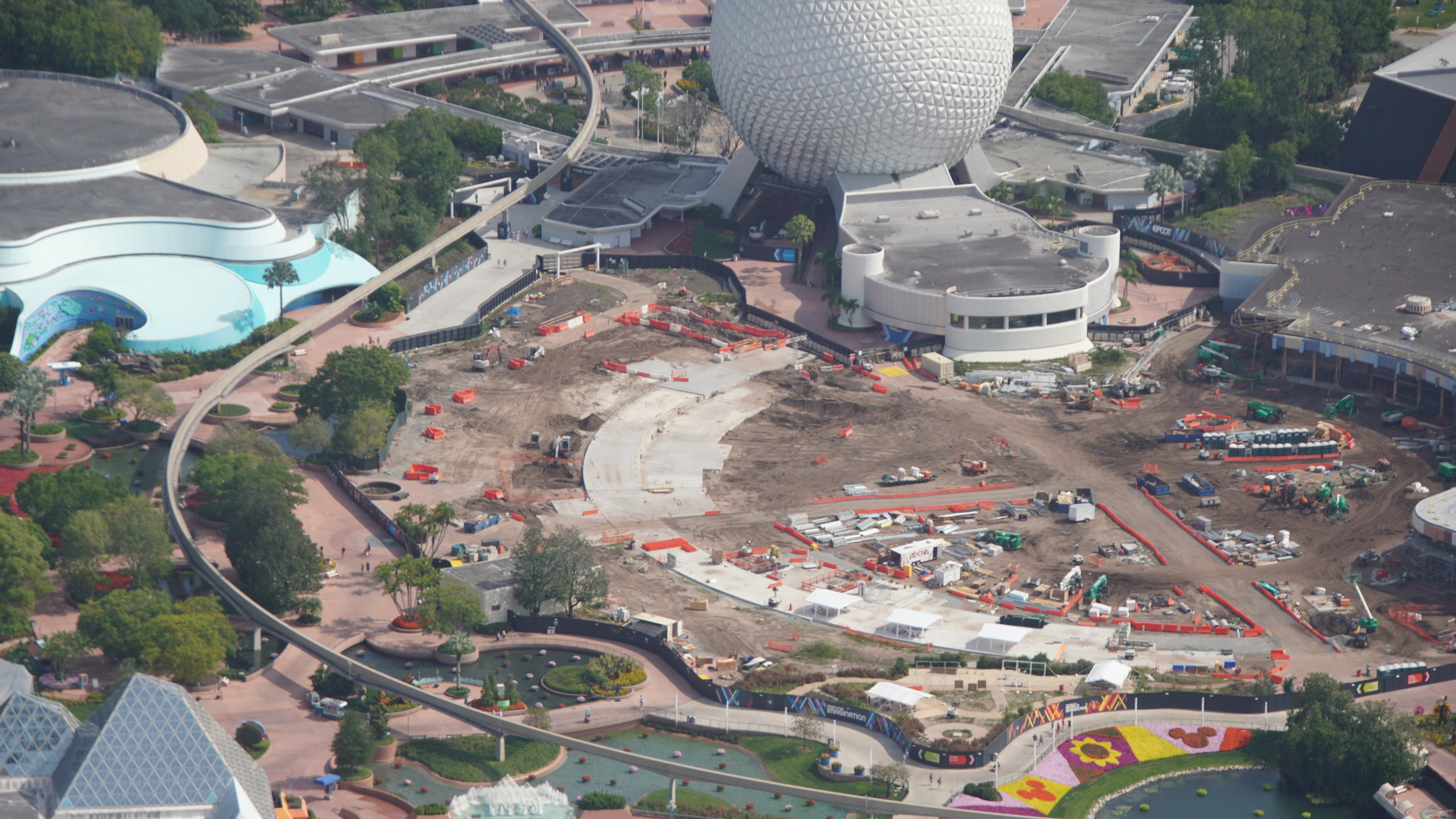 YIKES I had no idea it was that bad. Yeah way cheaper to keep the monorail offline than to erect a skrim for that last ….1/2 mile? (Not snark. I agree with Disney’s decision here as much as it pains me and the waiting for a bus)

Wow! I haven’t really been paying attention to the progress, but that is way more torn up than when I was there late 2019.

On the plus side, I do like that quick little path from SE to the Seas. Do we think that is there to stay?

I just wish I could remember who it was…. They were a certified genius, I’ll tell ya that.

Shame you can’t give credit where it’s due.

Sorry - honestly did not recall you had mentioned same

Read it yesterday on a FB page I follow.

But you definitely said it first. My apologies!

Haha - don’t be deceived. There is nothing quick or little about it.

I found getting around FW to be such a hassle last month that I would be keen to just skip it altogether come June. But we will probably hit SE and the Land and Sea and call it good. Won’t bother with the other side.

yeah. One day I’ll remember who said it. In the mean time… I guess we just keep shuffling along.

If you remember who it was, can you see if they have any insight on fireworks for 7/4? Asking for a friend. Thx

Hopefully that construction will be at least somewhat further along when I’m there in late August. Nowhere near completed, of course, but some noticeable progress would be nice.

We were just there, and walking through front gate of Epcot definitely has a different feel. As you walk through labyrinth of construction walls and make way towards Mexico the monorail track appears again and you definitely get why it is shutdown. That loop around spaceship earth where normally you look down on flower and landscape perfection is definitely in transition. Don’t want to leave that image in any guests mind.