Our daughter hated Avatar, can anyone guess how she'd feel about smuggler's run?

We are currently in the world (trip report pending) and considering rope dropping Galaxy’s Edge tomorrow. Our DD 8 almost puked on her banshee yesterday, but she did just fine on star tours. Could anyone here chime in on how motion sick smuggler’s run gets you? I don’t want to steer her wrong!

From what I understand it’s calmer than ST. Interesting that she was fine in ST because that’s usually the worst ride for motion sickness. Might not be worth the risk and wait though.

I think it’s easier and less jerky than Star Tours in that I didn’t feel like I was sliding out of my seat at all like I do on ST. And the interactive nature kind of takes your mind off the motion. All that being said, I don’t get motion sickness except on Mission Space Orange so I may not be a good barometer.

She might like it. I rode it twice at Disneyland. I get a bit queasy on Star Tours but not at all on Smugglers Run. (except I get more queasy at WDW Star Tours than the upgraded Disneyland version)

You have to push buttons, I was a gunner both times. (I gave the good spots to my husband and kids) and it just seemed like a lot of button pushing. lol

Here’s what I said about it in my SWGE review:

I was concerned about motion sickness because Star Tours makes me quite sick (though I usually still ride it once per trip). I don’t get sick on Soarin’ and FoP is somewhere in between. The first ride on SR in the gunner’s position did not make me sick except just a very vague queasiness, but nothing that prevented me from fully enjoying the ride. I would say it was worse than Soarin’ but better than FoP. Let’s rate it 2 out 5 barf bags with 1 as Soarin’ and 5 as Harry Potter and the Forbidden Journey. The second time through in the pilot’s seat was a little worse, but still in the 2-3 range, but after two times through I decided I was done with the ride for the day.

I think you and your daughter should give it a try! My ranking from worst to least motion sickness of the motion simulator rides:

I get motion sickness but I have done smuggler’s run at Disneyland and had no problems. I would not have her be one of the pilots though. I was an engineer which is in the back of the spaceship, I think because I was concentrating on pushing the buttons…got a 100% on my score haha I did not look to much at the screen. If she can do Star Tours she will be just fine. In 23 days will be my first time on FOP I will be taking a motion sickness pill that morning just in case.

I"m curious about Smuggler’s Run. I’ve watched videos of the ride and it looks like Star Tours with buttons and levers to push.

I’m more interested in getting some pics right before you get on the ride.

How much before you ride? 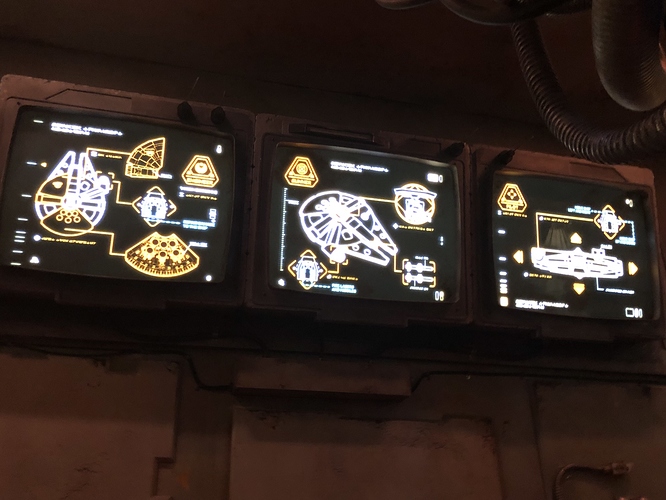 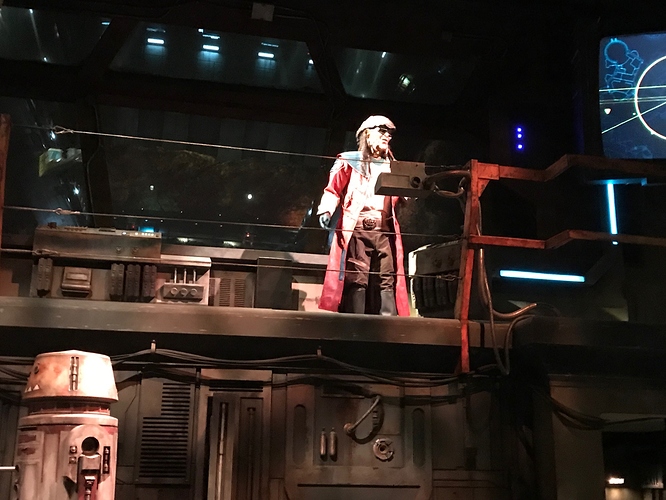 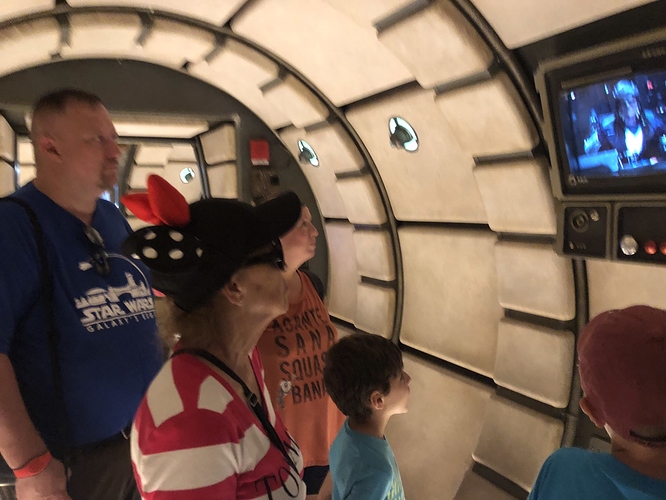 Awesome thanks for sharing!

I’ve watched videos of the ride and it looks like Star Tours with buttons and levers to push.

I think this description doesn’t do the ride justice. MFSR is lightyears ahead of Star Tours. It feels much more like you’re boarding an actual starship (and the Millennium Falcon, no less) and the cockpit is much more intimate. The ride is a simulator, yes, but the interactivity and responsiveness of the ride to your actions make it much more satisfying - and thrilling.

Thank you so much for all your advice! After a crazy busy day yesterday (almost every ride in MK and then walking through Batuu) we decided to stick with our original plan of an Epcot day today. But, thanks to your advice, our DD8 was willing to try Soarin’ and she deemed it her absolute favorite ride. We’ll have to ride the millennium falcon on our next trip.