After 2 RD days at EP and AK, I had scheduled another RD day for HS. Albeit only a 1/2 day and a return at night for Fantasmic. However, It was clearly evident on day #2 while at AK that we all were a bit cranky and that a 3rd RD day in a row wasn’t going to suffice.

On the bus ride back to SSR on day #2 I switched all morning FPP to afternoon for HS. Not an issue at all. Got times starting at 2pm for all the attractions we had previously had scheduled for A.M. Neither DW nor DD13 wanted to do ToT or RnRC so the FPP were for TSM, Frozen, and Fantasmic. Thought it would be best to sleep in and just start the day at 2pm and go through the evening. That turned out to be a great decision. It’s definitely OK to change a plan on the fly. I didn’t originally schedule 3 consecutive RD days but with the Pandora offerings to AP and DVC members starting on 5/13 I felt it better to switch the days as the CL prediction for our original day went up to a 9/10.

So on day #3 we opted to drive over to BW and park there. Having never stayed in a Disney resort before, in past trips we would always drive to Boardwalk and spend some time there. We would then boat over to HS and walk back at night after Fantasmic. We really enjoyed the evening walks back to BW. So we decided to to walk to HS and showed up around 1:00pm. As we entered the CM at the gate noticed our pins (21st anniversary) she congratulated us and handed us 3 anytime fpp. Thought that was nice. Saw the stormtroopers March as we entered and we headed for the FPP kiosk and secured 3 sdfp on the old tickets we had (I know, a sore subject around here lately) so we started the day with 7 fpp. ( 3 pre scheduled, 3 sdfp, and the anytime one given to us by the CM) not a bad way to start the day.

I honestly don’t remember the order of the attractions but the ones we did hit were Star tours, Muppets, Frozen sing a long x2, TSM x2, Great movie ride, voyage of lil mermaid, and fantasmic. Didn’t get to Indy or Beauty and the Beast based on show times and what fpp we had scheduled. Honestly, I abandoned the TP for the most part as the sdfp’ s saved us so much time we didn’t really need one.

Favorite attraction was Frozen sing along, hands down. Didn’t expect it to be. Saw the movie a few years ago with our younger niece. Nice movie but it isn’t in our collection and DD13 is a bit old for that sort of thing. But we had a great time at the song a long. The 2 storytellers were freaking hilarious. The improv they added was so comedic and sometimes borderline risky but without crossing the line. We laughed our ass off. So much so we decided to grab another fpp for it later on. To our surprise the 2nd show had 2 different storytellers. Still a good show but nothing like the first one. The first 2 storytellers had chemistry that worked well together. 2nd show, not so much. Still enjoyed it though.

Funny moment, as we exited the first showing it was downpouring outside. Nobody wanted to exit the overhang because of the rain. CMs were desperately trying to move the exit que but nobody wanted to budge. I reached into my bag and pulled out 3 ponchos. DW and DD13 just looked at me like “How did you know?” and " what else do you have stashed in there?" We put em on braved the elements as we searched for different shelter. Found it at Star tours just in time for our fpp. Nice!!!

Other than an hour’s worth of rain, in which we rode Star tours and had a meatball Sub and some pizza for lunch the day was great. DW finally outscored me at TSM. (The highlight of her day btw.) DD13 loved the museum of Walts life. We did miss the attraction where we could draw with one of the animators. We had a great moment there last trip. Overall we loved HS even more than in past trips.

So to cap it off we ended our night with Fantasmic ( front row and center in the splash zone ) but we hardly got wet. I can’t say why but this show is always the highlight of our trip. We enjoy it immensely. It didn’t disappoint us this time either. It’s got a little bit of everything. Not too short, not too long, a little action, a hero, a villain or two, lots of characters, etc… I can’t say enough good things about it.

We exited F! & were lead through the backlot exit to the main gate. We are not big SW fans and although the nighttime show intrigued me a bit I didn’t see a point I’m trying to battle the crowds to catch a glimpse. Instead we made our trek along the canal back to BW and stopped to watch the fireworks part of the SW show from outside. It was a beautiful night. The earlier rain had brought some cooler air in for the evening. ( it was 90’s everyday we were there & the only rain we saw all week was today at HS) . Made it back to BW before the first boat, hit the gift shop, walked around a bit, then grabbed a funnel cake for the walk back to the car.

Another great day. Only thing I noticed is other than F! We didn’t see a photographer so I don’t have many pics to share. My MM share is not up yet so I havnt downloaded the pics. I’ll post a few via screenshot just disregard the watermarks. I’ll update the post once the download is complete. 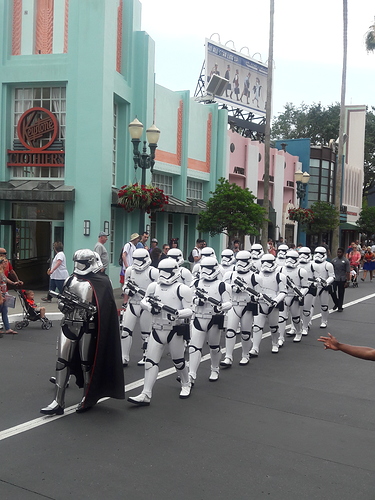 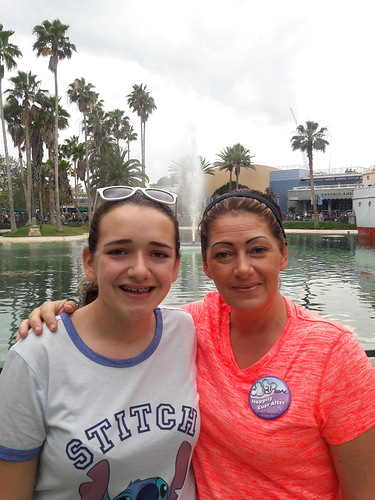 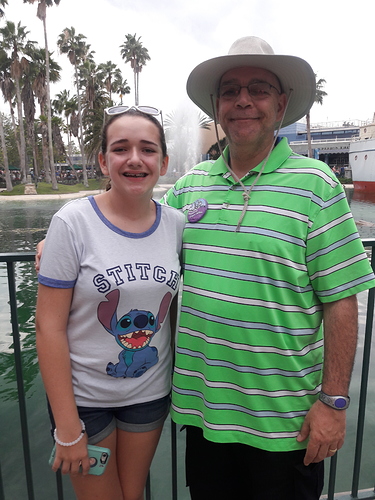 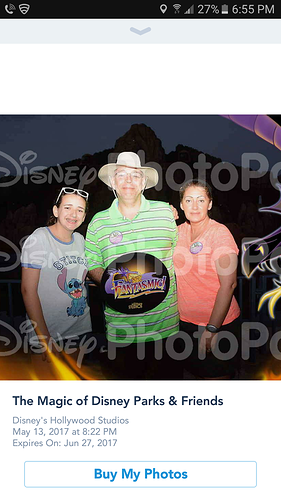 Great pictures and another trip report! Isn’t it funny when you really enjoy an attraction like the sing along and you didn’t expect it? True magic !

Sounds like a FANTASMIC kinda day! Glad you had fun and the pictures are great.

I loved the sing along so much!

Sing a long is a must do. Great report, keep it coming.