Went for RD at AK on 5/12 but ran a little late. Was able to catch the macaws flying off as we crossed the bridge. Headed straight to the fp kiosk to grab the extra 3 since it worked so well on Day 1. Stopped for a photo along the way.
I’ll begin by saying AK has always been our favorite park. Just love the scenery, the architecture, the ambiance, and Kali River Rapids is our favorite family ride.
We ended up going to KRR as first ride and ended up riding 3 times before a line started to form. Couldnt believe it was that easy as it was hot and we were late for RD. Really didnt want to ride KRR that early as we had 10:30 ADR for TH and didnt bring change of clothes. But it didnt matter. Was hot enough that we dried up pretty quickly.
Headed to EE next. I never rode it and neither did DD13. DW rode it on last trip but not on her itinerary for this trip. DD13 and I loved it.

Headed to our TH ressie for 10:30. Another first for us. Loved TH. Breakfast was great. Character interaction was great and because our ressie was 10:30 we got to sample lunch as they were switching out breakfast. At about 11:00 they start bringing out small area of lunch and breakfast is still there. As time goes they start eliminating more breakfast options and replace with lunch. Never thought mickey waffles and curry chicken would go good together. But they do.
We did RoL dinning package so we got a free lotus popcorn bucket as part of the package. Also received actual tickets to enter the RoL show for those who were wondering how it worked. We planned on TS while at park so RoL package was an added bonus.

Wont bore you with ride by ride detail. But we did KRR again, EE again, Dino, FotLK, FoW, Ttbb, KS, and ended with RoL. Only thing we didnt do that we wanted was Nemo. It was extremely hot. (in the 90’s) and by the time 1pm came along the CL was about an 8 vs. the 6 that was predicted. So hot and crowded we switched out our 1pm fpp for KRR because the fpp line was so long. We kept walking and walking and asking “is this still the fpp line” ? Kept getting. “Yup” as the answer. Didnt matter, we had our fill and srill ended grabbing another for later on in the evening.

So around 4pm we decided we wanted an afternoon break. We had 2 hours to kill. Not enough time to take bus back to SSR. So we decided to go to AKL. Never seen it and we wanted to stay there for this trip but there was no availability. So we were scoping it out for next trip. Love the Lobby. Great interaction with a CM at the outdoor viewing area. Had dinner at the QS (Mara i think is what its called) not impresed. QS at SSR was much better. Walked through the TS area off the lobby. Seems beautiful. Lots of singing and dancing going on as gueats were being seated. Not sure if pool area by the Mara is the main pool. It looked OK. I wasnt wowed. Overall the entire resort (or what we saw of it) reminded me of Poly Jr. Similar type theming but not as nice as the Poly. Didnt get to see inside any rooms. Did see the rooms facing the Savannah from the outdoor viewing area. The Savannah only had a few animals in it. A giraffe and a small deer and maybe something else. Probably because that part of the day they are not as active. Just not sure im sold on the whole resort yet. Especially knowing the time i spent in the resort this trip was minimal. I’d be paying for savannah views for my DD13 and grandchild 2 and not sure theyd really benefit from it. I have plenty to think about for next trip. I absolutely loved SSR. Especially the golf with DD13, the QS artists pallete was great, the pools have 2 super long water slides and were never crowded even though it was in the 90’s all week long, but we loved the walk and boat ride to Disney Springs.

Anyway, back to AK. Literally!!! After our tour we hopped the bus back to AK. Did KRR again and then to KS for our first time before the RoL. Have to say wasnt impressed with the safari. Chose a 7:30 fpp for it so we could go at dusk hoping for more activity and being sumset time thought it would be a little more special. Not much activity. Guess its hit or miss. Maybe next time we’ll try it at RD. Hear theres more activity in morning.

Final stop was RoL. Heard mixed reviews. Some say one and done. Others say they loved it so much they cried. Im in the middle. Definitely not a one and done. And It did not make me cry. But we all loved it. Im just so glad AK has a nightime show like the other parks. Having a nightime show and the opening of Pandora soon definitely makes AK a full day event. Maybe not a 2 day park like MK or EP but much closer now.

I will end by saying i now know what people mean when they say AK is the hotter of all the parks. Not sure why since there is so much more shade with all the trees. Must be the airflow is blocked. It was 90’s for all our park days but AK seemed hotter than the rest. Mini misting fans and cooling towels were a blessing. But it was the only time all week we got a little cranky. I think next time i will devote more time for the afternoon break. I will bring the rental car vs. the bus and we’ll head back to resort for pool and nap. We had originally planned it that way on an EMH morning but the Pandora previews for AP and DVC members fell on that day changing the predicted CL to a 9 or 10. I opted to move our day to an earlier day with a predicted CL 6 that ended up being a 7 but felt like an 8 or 9 by the time the afternoon came along.

I will be adding some photos to this post as well as my day #1 Epcot trip report as soon as I can. 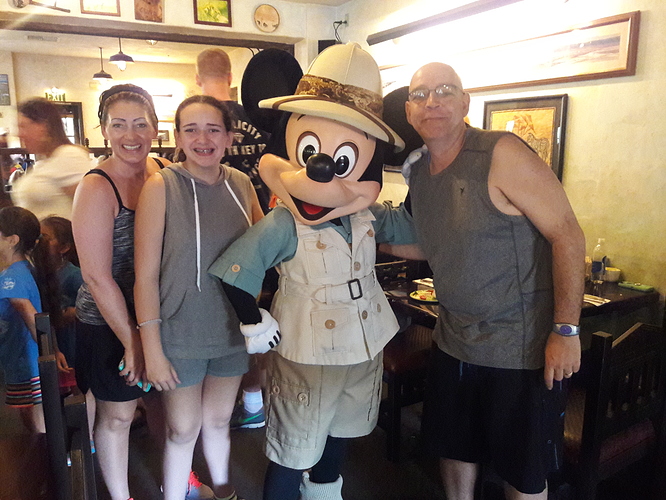 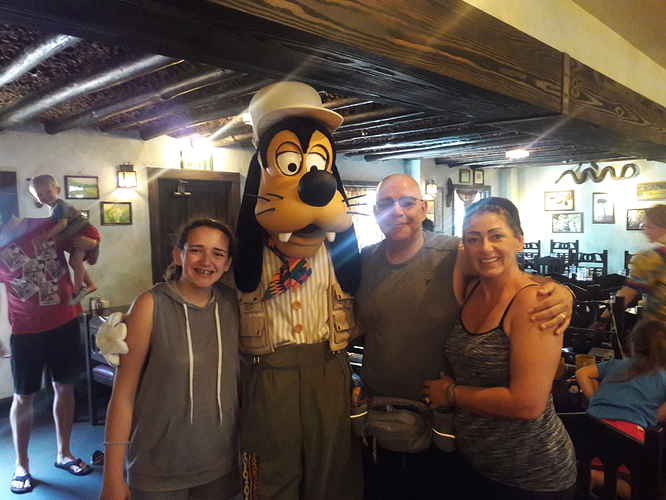 Great report! I look forward to seeing your pictures! Do you remember what you had at Mara? I love the mixed tomato flatbread so I was wondering what you had.

I had the Braai chicken flatbread. It was good. I guess I was just being picky that day. And as I said it was hot and we all got a bit cranky that day. Probably skewed my judgement a bit.

Thanks for sharing! Lotus popcorn bucket…did you know about that, or did they just give you a coupon with your tickets. We reserved ROL dining package at TH, and I hadn’t read that was included. Thanks

So when you are as old MB to book same day FP do you have to do something to the old ones to make them capable to book the FP?

@cervonil , they gave us bucket before seating us . I did know they were giving them with the RoL package based on other Liner reviews. However, don’t believe it’s advertised. I think it’s a while supplies last kind of thing. The waitress have gave us our tickets to RoL when she took our drink order.

This is a great report. I need to go read day 1!