I’m into soundtracks so you bet I noticed that! (It also popped up earlier in the episode when they crossed paths with the other timeline). It made me very excited.

Disclaimer - I’m still behind on Boba (only seen first episode).

However, we’ve been bingeing The Big Bang Theory because there was always a couple of the later series that we hadn’t seen.
Just watched Sheldon and Amy’s wedding for the first time and thought that this was an appropriate place to say that I fucking love Mark Hamil. He’s such a good sport and so funny.

While I was watching it, I was thinking about that time he surprised a pod on Star Tours! Love love love him!!!

Pretty random but just saw this pop up in my suggestions (again): recently the danish national symphony orchestra played a concert called “Galaxymphony”, which includes various space/scifi movie songs, a large part of it is Star Wars. They did this some years ago but did a new one this fall, and had switched up the set list a bit. Nw ones included at least The Rogue One theme, Mando theme and Rey’s theme. 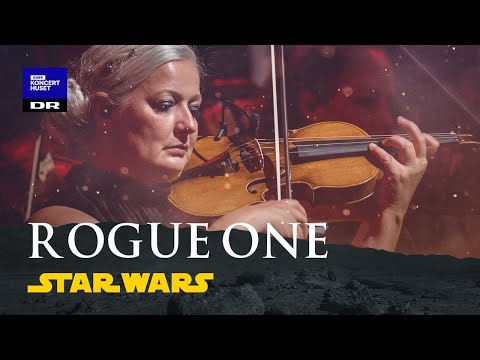 I’m sure some might’ve seen some of these. They are seriously all amazing, here’s what’s on youtube: https://www.youtube.com/playlist?list=PLysPxrQwj2Yc9S0MKanflJA8cDuZPNtU3 (link to playlist)

And of course they’ve done a ton of other movie music too.

Thats awesome! Definitely will give a listen/watch later!

I’m just listening to Duel of the Fates, so much chills!!

Just re-watched Star Wars this weekend.
(What you beatniks call Episode 4 apparently)
Anyway, just thinking how Harrison Ford carried this movie. His swagger and attitude not only defined Han but also made the whole flick into a fun caper story

Some of the other actors… well, they did their best.
But honestly, I don’t think the movie would’ve worked so well with a lesser actor in the Han Solo role.

Today’s episode of Book of Boba Fett was incredible! There was so much fan service but it was done in the perfect way so it was very fulfilling. Directed by Bryce Dallas Howard, whose episodes have been some of my favorites (she also did the one on the estuary planet with the shrimps, and the one on the ocean planet where we met Bo Katan).

Yes, today’s episode was great. I wonder why?

I really did enjoy this episode. It was like we never left Din Djarin and the familiar characters that are around him. We got a huge hint as to where the next season of the Mandalorian is heading. I can’t wait.

As for Book of Bobba Fett… It felt like this was a “hail mary” to try and pump some excitement into the series. I feel bad for Bobba…

I’ll blur my thoughts in case I mention spoilers:

I think the creators think of Book of Boba Fett as Chapter 2.5 of The Mandalorian. We are stepping aside from the Mandalorian for 7 episodes to find out a little more of Boba’s story. But the last two episodes are going to involve both of them together. So it made sense to step aside for a moment and catch back up with Mando before bringing him in.

I do wish we had more time with Boba, and maybe we will. But I’m very happy with the episode we got today and it actually made me more interested in going back to rewatch the first 4 episodes.

DH and I just watched today’s episode. I agree with what you two have said.I didn’t expect Mando so soon, I thought he’d be in the last of this group. I was a bit sad that there was no Boba at all. There was a lot of interesting backstory, in case viewers needed it. I think there’s still plenty of unfinished business/loose ends in Boba’s series, and look forward to seeing how they all come together.

I hope the rest will make sense and come together as Jeff described it… because right now, the series seems like a mess to me.

This episode was weird. I loved seeing Din back, but the whole thing how he met up with the mandalorians was poorly written imo. So there’s 3 of them left and they decide to fight? And then out of nowhere, this “have you removed your helmet”. It felt like they really needed to somehow expel him from being a mandalorian and this is the best they came up with to quickly do it.

Oh I love all that. It parallels how the Mandalorians and the Jedi are both dogmatic to their peril.

I might have to start watching this Mandalorian.
Do I have to watch Clone Wars at all to follow… anything?

No, but having seen Clone Wars and Rebels will help you spot Easter eggs (and appreciate some elements on a deeper level).

But I’m very happy with the episode we got today and it actually made me more interested in going back to rewatch the first 4 episodes.

I was very happy with yesterday’s episode, but you couldn’t pay me to rewatch the first 4. They moved so slow I’m pretty sure I got it.

Now rewatching the last season of the Mandolarian? Under serious consideration today!

Man, I just love The Mandalorian so much

I said exactly this to DH during that scene!!

(I’m almost caught up with Boba, so I’m reading all the relevant blurriness now

First he has to pay a visit to a little friend

Episode 6 of The Book of Boba Fett was released today. All I can say is Wow.

The introduction of so many known characters from the Star Wars universe was amazing!

They redid the de-aging technology for Luke Skywalker and it is so much better than what we saw in Season 2 of the Mandolorian.

It was so cool to see R2D2 make the leap to Disney+.

Ahsoka was as cool as ever. I cannot wait for her series to begin.

GroGu is as cute as ever. What will Grogu choose…Chainmail or Yoda’s lightsaber?

I loved the call back to Vanth in “freetown”. He was a great character in season 2 of Mando. I was sad to see his outcome at the end of the episode. Hopefully that shot was not fatal.

But the most amazing introduction was the live-actin version of Cad Bane! Cad was one of my favorite characters in Clone Wars. They did a great job bring that character to live action with the mannerisms and voice. It is a smooth transition and a great addition . I can’t wait for the chaos Cad will bring.

I love the expansion of the universe, but am troubled that this is the second episode with Boba. They seem to have lost their way and lost confidence in the main character.

Indeed! I totally agree with all of your thoughts, except your last one, which I will address below. I thought last week’s episode was amazing, but my scale is now officially broken.

Regarding Vanth, remember, “No one’s ever really gone.”

Regarding lack of Boba (he was in the episode, but only briefly). When Book of Boba Fett was announced, it was called “the next chapter in the Mandalorian” and has been referred to in media as “The Mandalorian Season 2.5.” Obviously this was all mapped out over a year ago when they wrote and shot the episodes, so I think saying they “lost confidence” is off base.

If you look at the first 4 episodes, that is a huge amount of focus on Boba, and they told his whole story from his time in the Sarlaac pit until the “present.” So now we rejoin the rest of the crew as they face the big bad. I don’t think there’s anything wrong with that, unless people were expecting all Boba all the time, in which case it’s just an issue with expectations. Most people don’t follow the news as closely as I do, so maybe Disney should have been clearer. But the last episode should be much more focused on Boba.