I feel like there needs to be some plan besides a straight 9AM opening if SW:GE still won’t have FP.
I’m hoping for continued EEMH. Maybe they’ll sneak in a EMM or two.

I really just need me some TSL love.

You still need to head to TSL first - particularly SDD. Those queues are slow, get longer all day & they are outside / barely shaded.

MF:SR has a larger capacity and is able to get more people through much faster. Plus a good portion of that queue is indoors.

I think that will definitely be my plan. I remember the sad attempt at shade with those umbrellas at SDD.

I remember the sad attempt at shade with those umbrellas at SDD. 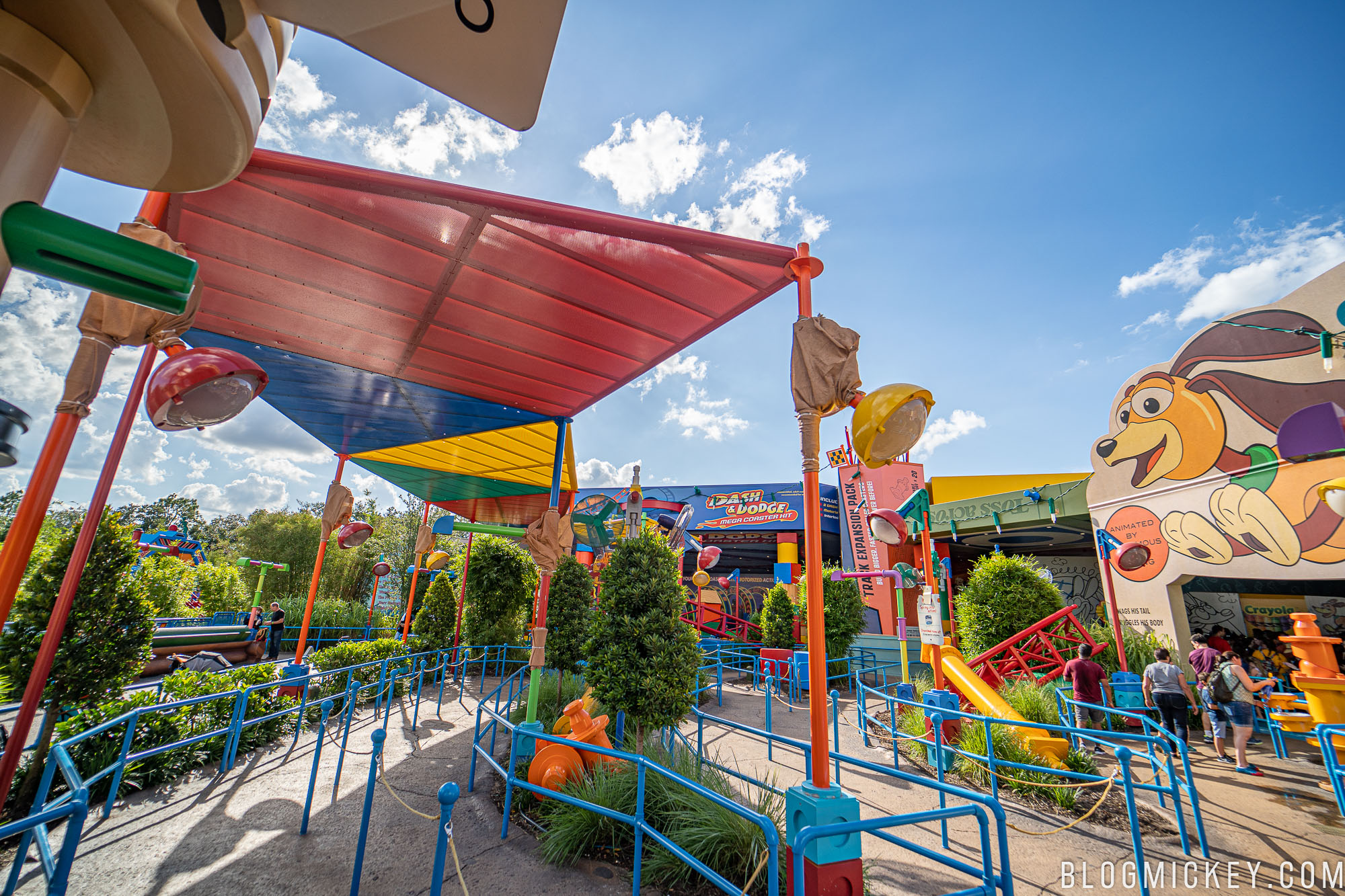 It’s been written about endlessly at this point, but Toy Story Land needs some shade. Disney has been using umbrellas throughout the land from opening day as a means to keep guests cool in th…

Yes! I wish they’d just make an announcement about November already so we could plan accordingly. I don’t expect it at all parks by then, but I could see them maybe adding a few extra 1 hour EMHs at HS. I’m worried that abruptly going from EEMH at 3 parks a day to nothing at all will lead to noticeably longer waits. We’ll see–at this point I’ve already made FPs for our early November trip, so we probably won’t be willing to change HS days even if that means missing out on any EMH they may add. But an earlier opening could definitely change our dining or FP plans if it happens on the day we’re already going to DHS.