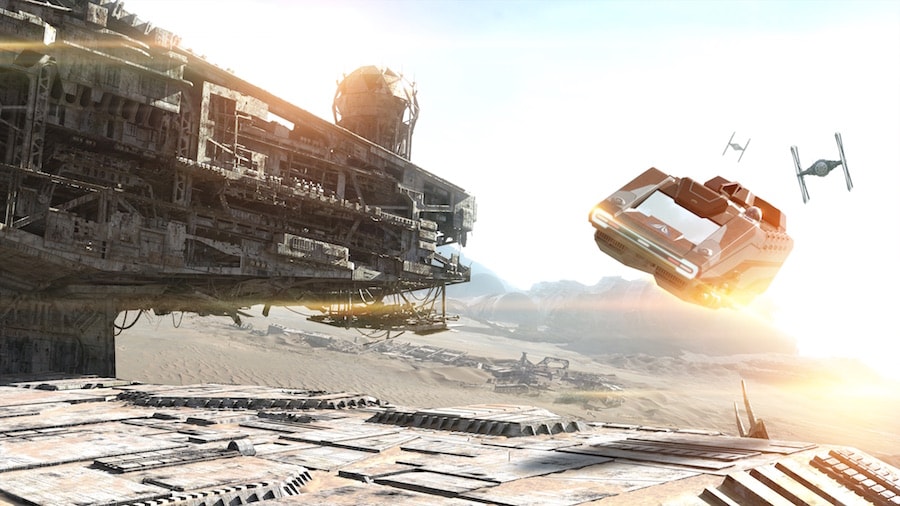 You heard about it first during the 2015 D23 EXPO, and now we’re excited to share more details. Very soon, guests visiting Disney’s Hollywood Studios will have the opportunity to experience Star Wars in the park in an all-new way – every day!

Should we change our plans to go to HS on 12/2? 12/1 isn’t an option because we are already are going to MVMCP that evening.

Really depends how “into” SW you are. The Launch Bay will no doubt be packed (MIGHT have FPPs), and ST will have longer than usual lines. If SW is NOT that important to you, I guessing the crowds at DHS might be a little lower on the few days preceding the 1st, as others may be rearranging their touring days to be at DHS on or after the 1st…

My husband and 8 year old son are REALLY into SW.

In that case I would probably rearrange things to be in DHS on the 2nd. Keep your ear to the ground for any FPP announcements…

We are in the same boat… We had planned 2 days at DHS but after all the closures shortened it to 1 day. That 1 day is Nov 29th… All our reservations and fastpasses are for the 29th. I am debating on switching and risking the reservations or not… Or hope for a soft opening… Or just enjoy less crowds as previously stated that everyone is switching their plans… Ack. So confused. And we are rabid SW fans… But am going to DL in Jan so I can see a lot of the same stuff there.

Curious to hear about your Star Wars experience at HS!!

We were slightly underwhelmed. The ~10 minute movie was cool - teasers on the new movie and talking to lots of people working on current projects about their love of Star Wars. Enjoyed that. We skipped the 2 character meets as the lines were long & we just aren’t that into characters, or at least not if we have to stand in line to meet them.

The array of props was kinda’ neat - they had stuff like Han’s blaster, some guns from the new movies etc. Nice array of stuff, but it’s a walk-thru museum type thing. The Cantina was very underwhelming & basically a small picture opportunity. Then of course there’s a store - had some very nice (and expensive) CosPlay type stuff - Boba Fett, Stormtroopers etc. that were quite impressive, but priced in the 4 figures. Although overall I think the Star Tours store offered more I was really considering buying.

It’s an OK addition, glad we checked it out, but I wasn’t bowled over by it at all. Our 2nd day at HS, we didn’t end up going back for a 2nd run through, but our next trip I’d visit at least once again…

We loved all the Star Wars stuff. We got to the park early to sign up for Jedi Training Academy and then headed to the Launch Bay. My son met Darth Vader, which was definitely different than all the other character meets we went to throughout the trip. The Launch Bay was pretty cool - lots of memorabilia and the little film was interesting. There was a Jawa in the Cantina while we were there that had a little bag and would run around and trade things with people. My 6yo daughter loved that. Jedi Training Academy was a little frustrating because my son’s session was rained out, so we signed up for another and the rain actually stopped, but they said the stage was still too wet. So they did a meet and greet with Darth Vader that was a little more interactive than the meet and greet he did at the Launch Bay. We all loved Star Tours. For many of us it was our favorite attraction of the entire trip.

Thanks for the info @Damavs & @lisahealy!!