This is really random but saw this in the explore tab on Instagram - this is Jasmine’s new look?? The one on the left is supposedly at MK right now and the right is what she’s been wearing up until now… People are not loving it, lol. I have to say I agree, it looks nothing like her outfit from the movie, why change it all of a sudden?? If it’s for modesty reasons I have to ask why all of a sudden, and on that same note, what are they going to do with Ariel’s meet & greet (in her grotto, when she’s in mermaid form)? I actually thought it was maybe a guest’s costume for MNSSHP before I read that it was actually the Jasmine CM. 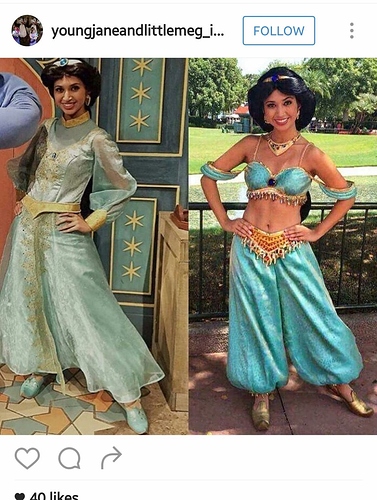 Hmm. I’ve got to agree. I am not loving the new look - if that’s indeed what they’re going with now. At the very least, they could have kept it the same color, 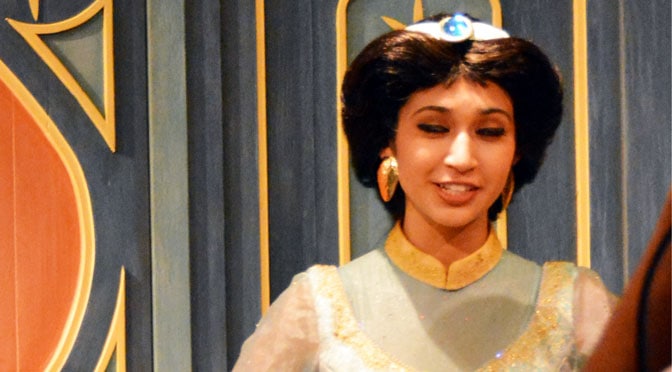 I’ve gotten a lot of people asking me questions about Jasmine’s new costume that debuted at the first Halloween Party.  Here’s a few responses for you.

Is that a winter costume. They could have done better.

I have no idea but it is indeed what she’s wearing now…a supposed “redesign”. I think we need to protest lol. As @RobertSch6 - at least keep the same color!

It certainly need some help.

Wow that’s horrible. If she’d worn that in the film, fair enough, but there’s just no reason for it.

Wow that’s horrible. If she’d worn that in the film, fair enough, but there’s just no reason for it.

Poor CM who had to debut that look, she’s now in everyone’s IG pics with all the terrible comments.

I’m a former cast member and on the Cast Member Alumi page on Facebook this discussion has blown up today. According to current CMs, the reason for the change is that Disney has been making some of the costumes more culturally appropriate. It’s also rumored that this isn’t a final look, but not sure if that’s true. I’m also told that it looks MUCH better in person. Some of the photos I’ve seen on the FB page are far better looking than those above.

Good to know @BeckyCostello, thanks for the info!
I really hope that is accurate about this just being for the Halloween Party, although it seems unnecessary to change her for that…perhaps they’re “testing it” to see how guests react?
Would love to see better photos if you have one to post because what I’ve seen on IG looks so bad. And she’s just not very recognizable unless she’s next to Aladdin. And the weird pieces of fringy bangs??? That was a weird touch, lol.
As for making the costume culturally appropriate…I feel like that’s unnecessary. Nobody goes to Disney expecting 100% culturally accurate depictions of everything, but they do expect to see the characters as they (and their kids, who are the ones who are character obsessed) know and love them from the film(s). I think that is more important than maintaining complete accuracy.

Totally agree with you. I also think they could have made the original costume more culturally appropriate without changing the entire look of it. Simply put semi-sheer fabric between the pants and the top would have made it less revealing. Or even raising the waist line of the pants some to cover her belly button.
I would love to share the better photos I’ve seen, but the FB group is private and run by Disney. I’m sure you understand that I don’t want to do anything to get kicked out of it. As it is, I’m careful what info I share that I learn from that group - there’s some pixie dust secrets CMs never divulge

Totally understand!!! I thought of that after I asked lol.

Simply put semi-sheer fabric between the pants and the top would have made it less revealing. Or even raising the waist line of the pants some to cover her belly button.

Aside from the puzzling design, why isn’t it the same color as her outfit from the film?

Thank you @jeffinatx! I was wondering the same thing myself…whyyyy change the color? And if they wanted to put her in a dress, then why not at least the purple dress she actually wore in the film? I feel very strongly about it, obviously, lol.

It’s a really bad picture. The color is better, closer to the color in the film. And it is actually still the same style pants, but now with an overlay. The overlay looks like a skirt there but it’s split in the center. Like this… 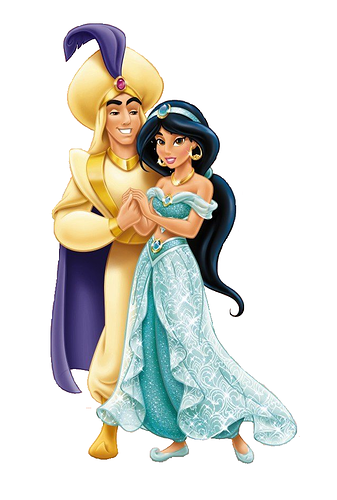 Since this is a forum, that means everyone wants my unsolicited opinion… I usually try to be positive about the changes Disney makes and I know a lot of people (fans) don’t feel the same way. When Disney closes a ride to add something new, I get excited because I know change is necessary and while we have nostalgic connections to attractions, Disney is a business that has to keep in mind the current guest as well and that includes a lot of kids who have never been to the parks before as well as older first time guests… We may have attachment to Mr. Toad’s Wild Ride for example but new guests see it and feel like they can get the same experience (if not better) from their amusement parks at home. The same goes for Mickey’s new face. I had a very strong attachment to his old face since it’s what I grew up with but I can admit that this new change looks MUCH more like the cartoon Mickey and I’ve grown to love it over the last few months. That being said, I’m struggling to see the positive in this change. So far, I’ve liked or at least been okay with the new princess looks but this one seems like a stretch. I want to give Disney the benefit of the doubt but I’m really not feeling it and from what I can see, it doesn’t look like many others are either.