Well, Universal is growing!!
Not much to see now except a logo, map and a concept art piece that is tiny and doesn’t really say much but it’s so cool!
I’m kinda disappointed about two roller coasters. I like coasters but I think they’re the ultimate lazy cop out of amusement parks. Tracks are pre-made, slap minimal theming on it. Boom! New ride. I’d rather see new break the mold attractions. But then, my opinion might change with Hagrid - haven’t been yet.

I like coasters but I think they’re the ultimate lazy cop out of amusement parks.

Coasters tend to be the most popular rides, though. People love them. What is great is when a coaster can be themed well, however. Space Mountain is ho hum as coasters go…but when you throw a bunch of space theming and run it in the dark, it still is a fan favorite, etc. I’m also interested to see Hagrid’s, since it is one of the most heavily themed coasters I’ve seen. (I expect that, despite the actual arguably silly name, most people will end up just calling it Hagrid’s or Hagrid’s coaster for years to come!)

I am disappointed that the announcement didn’t include more details than, essentially, a piece of concept art. But I get it…they don’t want to show all their cards now. And without actually announcing an opening timeframe, they hope to keep people from delaying trips in the nearer term.

After our 2020 trips, I don’t expect to be back to Florida/Disney/Universal until possibly 2024…so hopefully the new park will be open by then.

What is interesting is that the parcel of land that Epic Universe sits out appears to be larger than both IOA and UOR combined, so they have plenty of room to grow into.

I rode it twice last month. It’s very good. And unusual in that there’s a theme — you whizz from scene to scene.

But the second time I liked it less than the first. The repeated bursts of acceleration gave me some minor motion sickness.

And they got one thing wrong that really bugged me both times. The Hagrid animatronic is not synchronised to the audio of him speaking. So his lips just move randomly. Disney wouldn’t have messed that up.

Disney wouldn’t have messed that up

True. Of course, if they had, they know how to fix it. Disco lights!

We are planning to go back again in 2024 as well and the first thing I thought was that I hope it is open by then.

I spent way too much time zooming into the image. There is definitely an HP section. Another section looks like a Mario but that may be wishful thinking on my part.

Another section looks like a Mario but that may be wishful thinking on my part.

It is not wishful thinking. The layout matches these previously leaked pics: 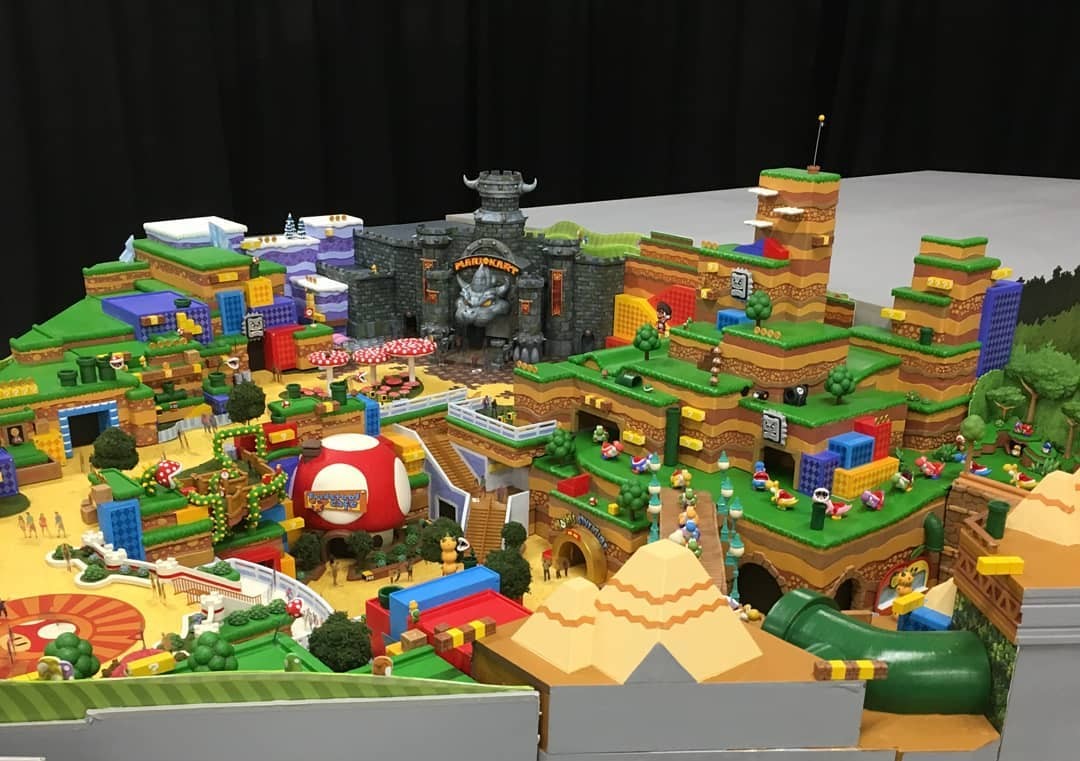 Leaked photos show many of the details for Super Nintendo World, coming to Universal theme parks around the world.

It is not wishful thinking.

Agreed. There seemed little doubt that Mario would end up at Universal Orlando…the question has been where, exactly…the rumored (now confirmed) new park? Or taking over part of an area in one of the existing lands (most likely Universal Studios).

I think the Epic Universe announcement all but confirms Mario will be in the new park.

Let’s cut them some slack. I mean, people already complain that UOR is simulator central and that MK has too many carnival-type rides and dark rides. I would be disappointed if they did’t have coasters.

I have my reservations about the 'how to train your dragon" land. The franchise is nice but I don’t think it has enough pull. Of course, I thought the same of the minions ride and I never saw the lines go below 45 minutes (even at closure) when I visited.

True. Of course, if they had, they know how to fix it. Disco lights!

That is a white glove slap if I ever read one. Touche. Well earned, sir.

That is a white glove slap if I ever read one.

I have NO idea what you’re talking about!

And they’re so good!
But let’s be honest, Hulk can be a green goblin coaster or a lizard coaster or a ultra gecko coaster if they just change the logo and the queue cartoon. Excellent ride. But sloppy wishy wash theming all around.

Ouch, you may have turned me away from riding it. I got very disablingly nauseous on FJ… how does this compare Matt?

I’ve ridden FJ a few times and never particularly enjoyed it. I rode it this summer and felt pretty queasy during the ride, but it passed very quickly. Other people in my tour group felt very queasy and took five or ten minutes to recover afterwards.

No-one complained about feeling motion sickness after riding Hagrid. I didn’t particularly notice the feeling the first time I rode it, but I did the second. It is very smooth, but there are seven (?) launches, which means seven very strong bursts of acceleration in about a five minute ride. Plus the backwards section, plus the drop. And the generic rollercoaster-throwing-you-around stuff.

I only ever rode the motorbike. The sidecar experience may feel different physically. You definitely feel like you have to hold on tight with the motorbike.

It would be a mistake not to give it a try.

Did it have to do with which side of the ride you sat on? Or, did you sit on the same side both times?

I rode the motorbike both times, which is always on the same side. You’re higher up and you have to hold on to the handlebars. It feels like if you don’t, you might get thrown off. (I’m sure you wouldn’t, but there’s a fairly realistic feeling of the need to hold on tight.)

This may well feel different to sitting down, lower, in the sidecar.

The drop on Hagrid was a pleasant surprise.

I rode bike and sidecar, both were great! Preferred “safer” feel of sidecar, which was perfect bc daughter loved bike for the next 2 of 4 rides.

How did the acceleration feel in the sidecar? My DS7 doesn’t love major acceleration in rides but does like some coasters. With the drop and backwards bits I think it’s likely we’ll be doing child swap if we do decide to line up for it, but I’m curious about the sidecar experience.