My ATTEMPT at a Live trip report

I say attempt because yesterday I forgot my phone in the room so I’m starting off a little late.

Yesterday (day 1): The day started off with us waking up in Dothan Alabama. We were going to surprise my daughters with this trip. I had a mini scavenger hunt in the hotel room. After they found the last clue, they read the page that told them they were going to Disney World. One of my daughters was really happy, while the other was very upset. See, she is on the spectrum and really doesnt like surprises. I wanted to try it because she has been to Disney before and liked it alot. So, she fussed. A lot.

So we left our hotel around 10 AM CST to get to MVMCP. I had planned to leave around 9 or 9:30 but we were a little late. So we were set to get there around 4:30 EST. We would be pressed to get to our first fast pass, which was Haunted Mansion. But, we got stuck in traffic and were 2 hours late. By the time we got to Wilderness Lodge, we had missed all of our fastpasses. We got there and tried frantically to find our room. I must have parked in the wrong section, because the walk to my van is probably half a mile. As we got in, a manager named Joseph saw us struggling and asked if he could help. He took some of our bags, walked us to our room, and made sure our magic bands worked. He had an air mattress delivered to our room. I tried to tip him, but he absolutely refused. I told him I really wanted to, but he still wouldn’t take it. I am calling guest services to recommend him.

So we went to MVMCP, got on my daughter that was upset’s favorite ride from 3 years ago, the tea cups. Then we went to Cosmic Rays for dinner. My wife had to take my daughter home, and went back to the room. I took my other daughter on several rides. We went on 7DMT, Tomorrowland Speedway, Monsters Inc, People mover, Jingle Cruise, Pirates, BTMRR, and got our picture taken woth Nick and Judy. On the way out, we got the ornament I wanted and also a party exclusive coffee mug. 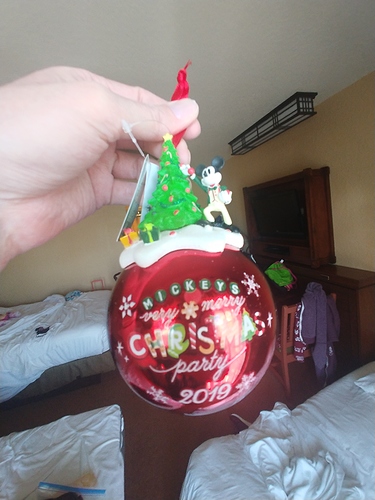 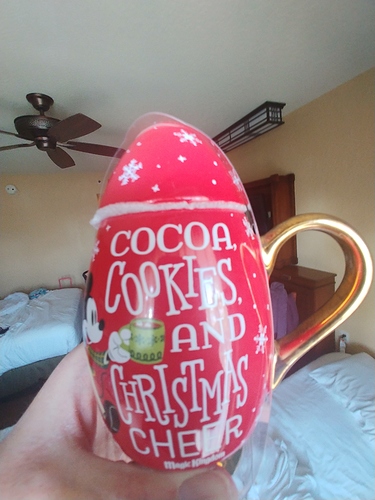 But it really is hard to be upset when you wake up to this view. 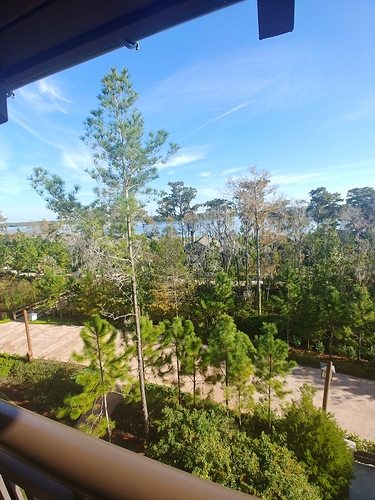 Look forward to following along

After just making our FP for Test Track, we made our way over to Spaceship Earth.

We used our FP for SE and are now heading to Soarin’.

After Soarin, we ate at Electric Umbrella. I thought it was in a different place, so I took us all around the park. It was hot. We finally ate and went to Japan to pick a pearl. I got 2 for each of my daughters and one of them had twins. I had two necklaces made and a set of earrings. I told them they can’t wear these now and one of my daughters got really upset. What they don’t know is that its for their wedding day. We took a break and got a kakigori in Japan. While my wife waited for the jewelry to be set, my oldest and I went to Test track and the Seas.

Pictures will be coming. 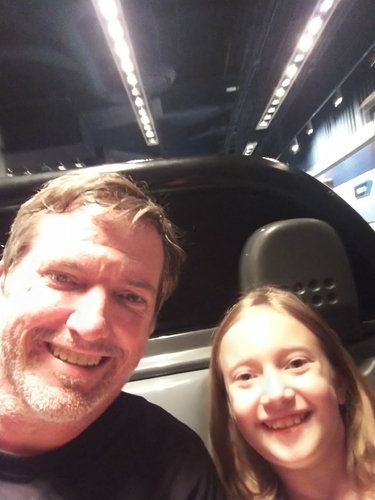 This was my oldest and I on our second test track run. 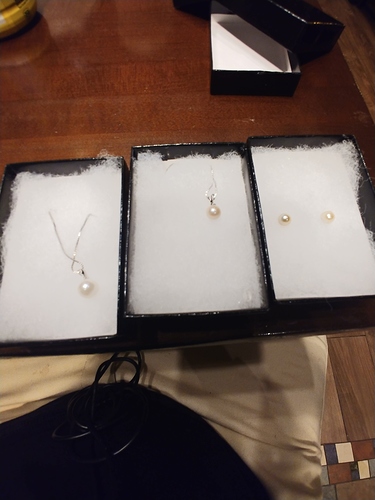 And this is the jewelry we got from Japan.

Thanks for taking us along with you!

Notes from day 1: on our first test track run, the wrong photo showed up in our memory maker. The second run didn’t show up at all.

Wilderness Lodge is beautiful. I could seriously live here if I could afford it.

Epcot was pretty crowded, but it’s a lot of people in the food and wine festival. Ride waits were not ridiculously long.

Roaring Fork is pretty good for a QS. This morning, we ordered my wife a gluten free meal and they didn’t ring it up, so thry never delivered it. The waitress asked and they made it free of charge. I wanted to pay, but they said no. That’s Disney magic right there.

We are off to bed for a long day at HS tomorrow.

Thanks for writing! Pearls are so pretty! 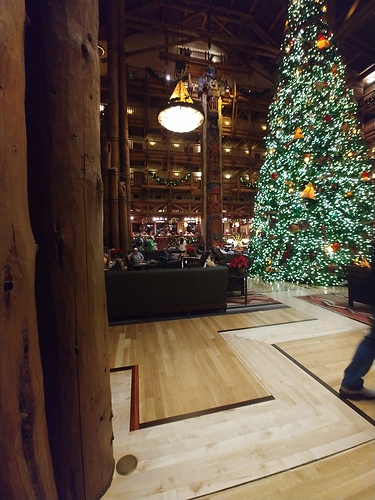 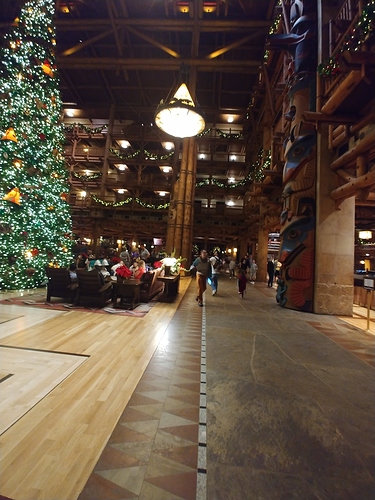 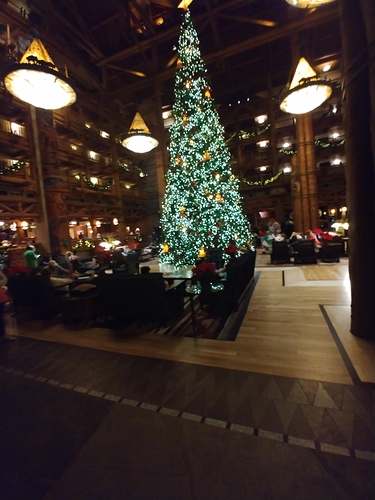 Here are some pictures of the WL lobby. So pretty and the Christmas decorations are done so well. 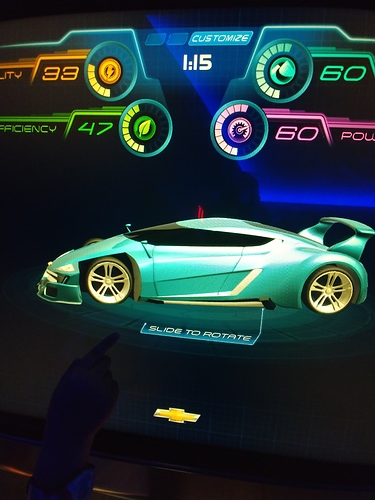 This was the concept car my daughter built at Test Track.

Wilderness Lodge is beautiful. I could seriously live here if I could afford it.

Wilderness Lodge is hands-down my favorite resort. It’s SO. NICE. And so peaceful!

Day 2: we started off using a FP for Star Tours. After that, we got a snack and it was time for our next FP at Toy Story Midway Mania. After that, we went to Millenium Falcon and my daighter and I were pilots. We were horrible pilots. But it was so fun. And the reports about SWGE being vacant? Hogwash. Packed to infinity and beyond. But they spared no expense in buildibg this place. On tbe way out we got our picture taken in front of the Millenium Falcon.

It was vacant last week!

Im SO jealous!!! I’ve been in line for 20 minutes just to order lunch!

I didn’t eat in SWGE… that may have been busier

We ate at PizzaRizzo. The line was ridiculous at 1 o’clock.

So we have done a few things today. I rode single rider for RnRC. We watched Frozen. I love that show. My wife and kids went to BatB. I wanted to go to Indiana Jones, but was overridden.

One nice thing ja that it has cooled off significantly today. Hope it stays this was the rest of the week.