That’s okay I have throwing axes. I disguised them with a crystal overlay.

So . . . I have made some decisions about breakfast.

The rationale is this. I like to start the day with breakfast. At least I know what I’m doing in the morning. Other meals? I don’t know what I’m going to do or where I’m going to be. I may pick out some TS reservations, but I may rely on QS a lot. There are some good QS options and they are, you know, cheaper. (Indeed, all these breakfasts, except Topolino’s, are cheap in Disney terms.)

But also, all (but one) of those reservations are in hotels and I like to visit the hotels. And, with the exception of WL, they’re easy / pleasant to get to. For example, for GF Café I will take the bus from my resort to MK, then walk to GF. No Ubers will be required. (Which is why AKL hasn’t been included.)

I could maybe be persuaded to switch out Whispering C with Kona Café. Maybe. But I’m really not interested in Tonga Toast. It’s ridiculous. I’m an eggs and bacon breakfaster. With a side of Mickey waffle and syrup. (Actually, maybe I couldn’t be persuaded. I just looked at the menu. It’s not very exciting.)

Finally, with the exception of Topolino’s, all of them are new to me. (This is why TAF got the chop. Plus they changed the menu.)

@ninjasherrie tipped me off that they often open reservations 15 minutes early, so keep checking beforehand.

I’m loving this post. Do the chocolate waffles at Ale and Compass. They are better than the blueberry bacon pancakes.

I have also taken on board suggestions people have made. Which is how A&C made its way onto the list, for example. And Primo Piatto.

Everyone seems to slate Whispering C, but WL is nice and I’ll just set my expectations low. I’m pretty easy to please at breakfast.

Now, that makes no sense. That’s the meal the Brits do so well!

Or, is that it? It’s just going to be lackluster in comparison so…meh, whatever?

That’s the meal the Brits do so well!

Well, and tea. They slam tea.

Breaking … I just booked Oga. I don’t know if that’s a difficult one to get, but I got it.

It’s just going to be lackluster in comparison so…meh, whatever?

It’s at Disney World, dude. This trip? I’m not about fine dining. I’ll just be happy and grateful to be there.

Aack! How did I not take more breakfast pictures on our UK trip???

I mean, there’s this… 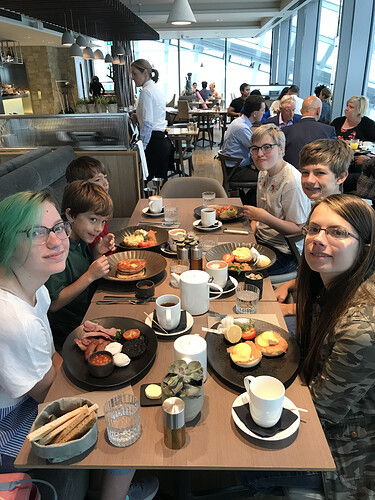 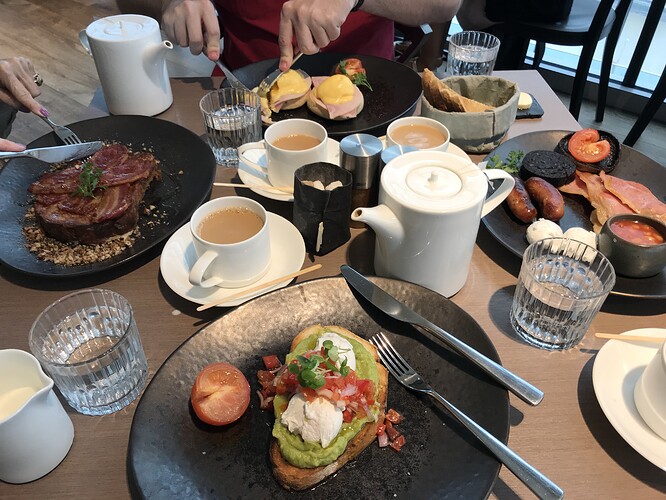 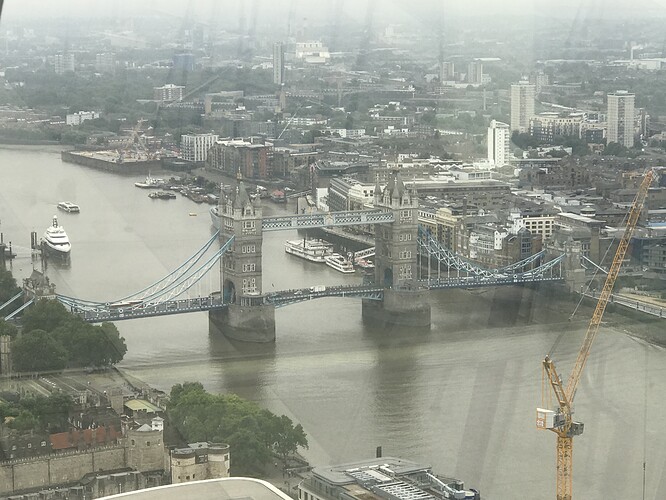 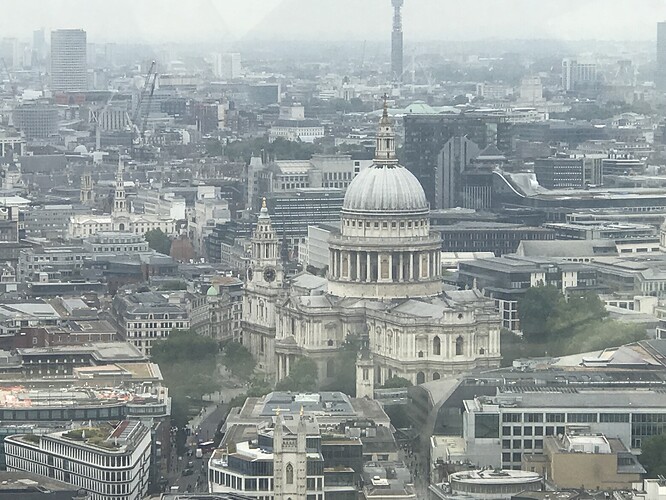 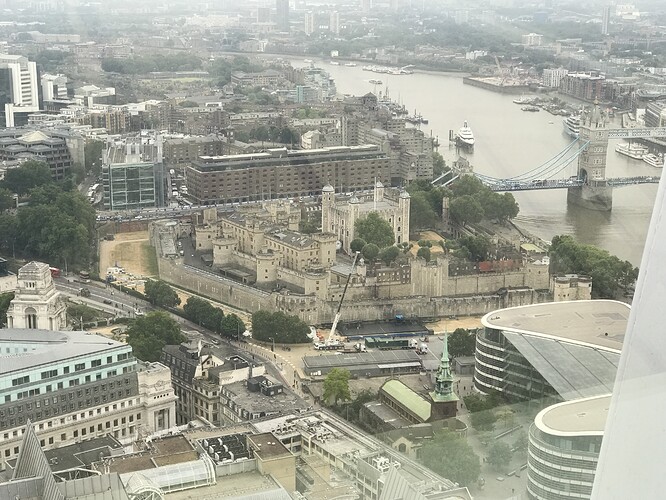 But there were sooooo many just superb “English” and “Scottish” breakfasts that apparently didn’t happen?

Oh, and then there’s this zany wonderfulness… 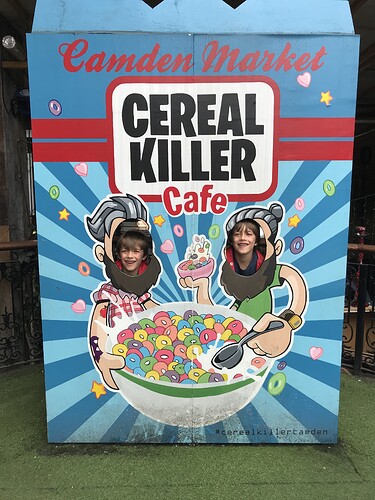 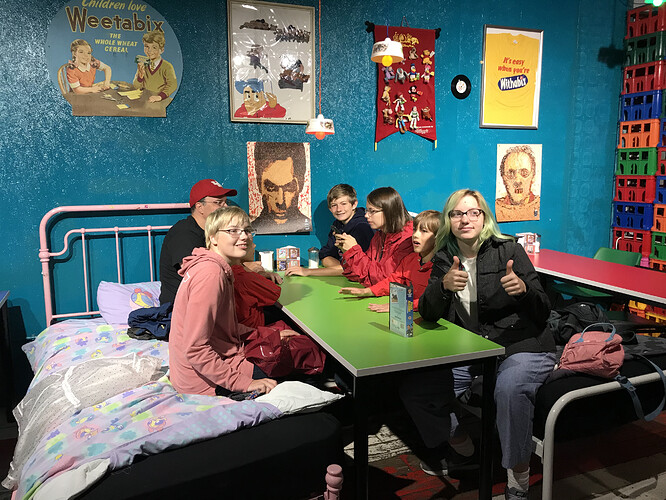 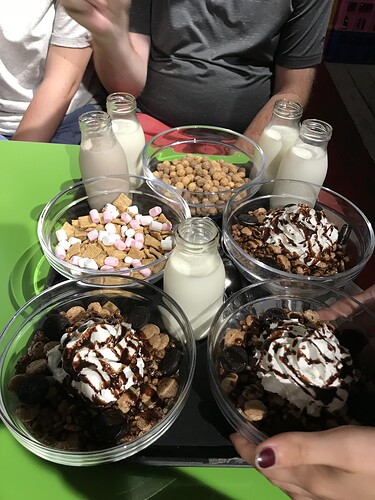 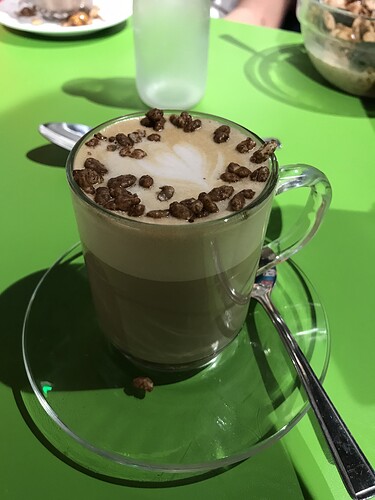 Do the chocolate waffles at Ale and Compass. They are better than the blueberry bacon pancakes

What?!? We probably get take-out chocolate chip pancakes every other Sunday! (And they’re waffles at A&C…) 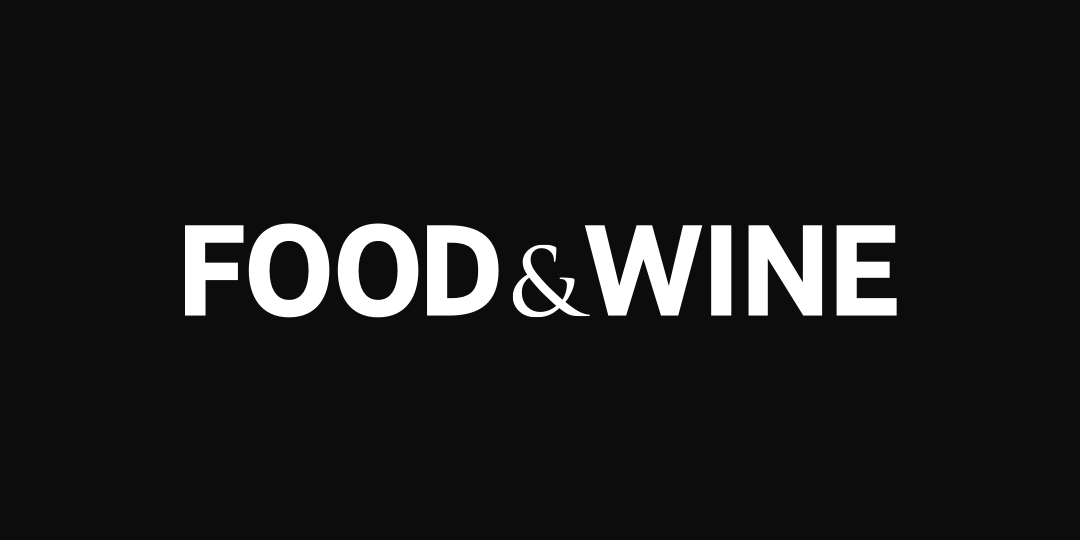 Food & Wine goes way beyond mere eating and drinking. We're on a mission to find the most exciting places, new experiences, emerging trends and sensations.

breakfast pictures on our UK trip

To be fair, that does all look awesome.

The best breakfast I usually have during my WDW trips is at the Radisson at Manchester (UK) airport.

My favourite breakfast at WDW is (was) the one at 1900PF — I do love a custom-made omelette. Also Mickey waffles with syrup and frosting.

Equal favourite is the TAF one — and not just because of Flynn, though it never hurts to have eye-candy while you’re eating. The steak there was excellent the two times I went.

In addition I will try to get a reservation at Steakhouse 71 and Topolino’s Terrace. I’m fairly confident of SH71 because reservations open tomorrow morning at 11am my time and I will be all over it.

Of course there may not have been many people desperately scrambling to book it.

Tomorrow all sorts of temptations open up for booking, specifically dessert parties. Historically these have been a must-do for my trips. However, historically I have let the budget spiral out of control …

My understanding is that Enchantment is designed to offer a wider viewing area, so that hub-adjacency is not necessarily essential.

Harmonious at Epcot doesn’t have dessert parties (yet) but it does have dining packages. I find these less attractive (as I’m not especially interested in the restaurants) and they are probably less “necessary”, given the size of World Showcase.

I think I may hold off on booking until the new shows start and the reviews come in.

Next week Space 220 reservations open. I will be trying to get one of those. I’m not massively excited by the menu but I am wildly excited by the venue. I’m going to aim for the latest lunch they have — it’s cheaper and I can live without desserts. I’m sure Epcot has sweet treats available somewhere.

In terms of planning more generally, I’ve sketched out a structure for my stay.

I have all of my breakfasts booked in (or planned) and these all imply where I’m going to start my day. My TA is moving me to Pop, which is a big part of my planning because of the Skyliner. My breakfasts are all scheduled for 10am, so I’m hoping the lines for the Skyliner will not be as long after park opening. The other breakfasts I can get to by bus then walking, or bus then taking a boat.

I’ve chosen where I want to end my day based on wanting two shots at seeing Enchantment, two shots of seeing Harmonious, being in HS at night for SWGE and TSL (which look awesome in the evening) and being in AK as late one night as I can because Pandora is amazing in the dark. That leaves one open evening to use as a back-up or repeat.

Obviously I can’t plan the detail of each park visit now that FPPs are gone.

I’ve decided to do Epcot on arrival day. I already had tickets for the other days which I got when I booked the trip originally. I added an extra day at the front so I’m buying a ticket to cover it. Normally I’d start at MK, but it’s a Boo Bash night, so MK closes early. I could just do Boo Bash, but then I wouldn’t get in till 7pm and it ends really late. Also, I’m not that excited about it. Oh, and it’s sold out.

EP is open the latest and, of course, has Harmonious. My flight gets in at 1pm, so I figure I could be at EP by 3-4pm. It closes at 10pm, so that’s a decent chunk of time. My priority will be Soarin’ and exploring World Showcase properly, which I haven’t done since my first trip back in 2017. I’m excited to see the extension to the France pavilion. It will be F&W so I’ll have plenty of options for eating. (It occurs to me as I write that I’ll be taking the Skyliner and arriving at IG, so I’ll have to do a special trip down into FW, or whatever it’s called, to do Soarin’. The other EP rides can wait. I’ll be back. I won’t by trying for RRA on this day.)

I’m not sure there’s a whole lot more planning I can do.

Is there a translation for frosting or is it really buttercream cake frosting?

I’m loving this post. Do the chocolate waffles at Ale and Compass. They are better than the blueberry bacon pancakes.

I’m apparently weird. I liked the pancakes better. But I’ve yet to try the French toast which someone said was the best.