If it was completely banned I could see the case. But if they carve out an exception for cocktail cherries?

Shhh…don’t tell anyone. I bought this online from Australia and I think it is technically banned in the US. 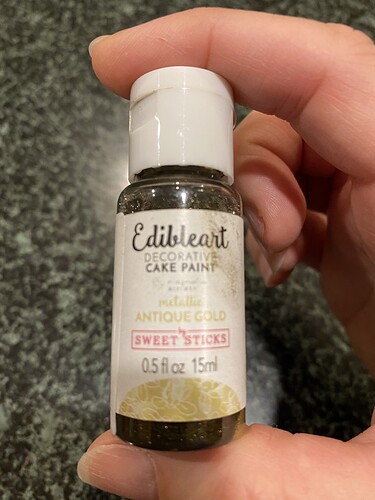 Since their reasoning for the ban is hyperactivity in children, maybe they think only adults will be having cocktail cherries?

Well at least they don’t expect me to garnish my DD6’s martini with an olive.

Shall I provide pictures of my kids drinking “Shirley Temples with extra cherries” in the UK?

I bought tix for the Van Gogh thing this summer. My DD22’s coming home from college this weekend so we can all go. Yesterday I decided to print out the tix…and they’re not for Oct 16 but Dec 11. WTF? Early Onset Altzheimers? Turns out I neglected to open an e-mail from them where they said they were opening later than expected, because COVID, and I’d been rebooked. DD’s coming home anyway.

So, can chocolate covered cherries (which kids also eat) allow The Forbidden Chemical, too?

The Niagara boat ride is great, and they give you waterproof gear to wear, but if you don’t take an extra sweater/jumper to wear underneath it (not to mention a touque and gloves) you might be COLD.

re: the boat ride, you might think “I don’t need to wear this garbage bag, it’s a fine mist” but the fine mist turns into a heavy downpour very quickly so my advice is wear the garbage bag.

I’ve always thought it was a space/design issue.

I believe it’s a venting issue. Condenser dryers don’t need to be vented.

Yes so you can have them on an internal wall.

I am today doing laundry. 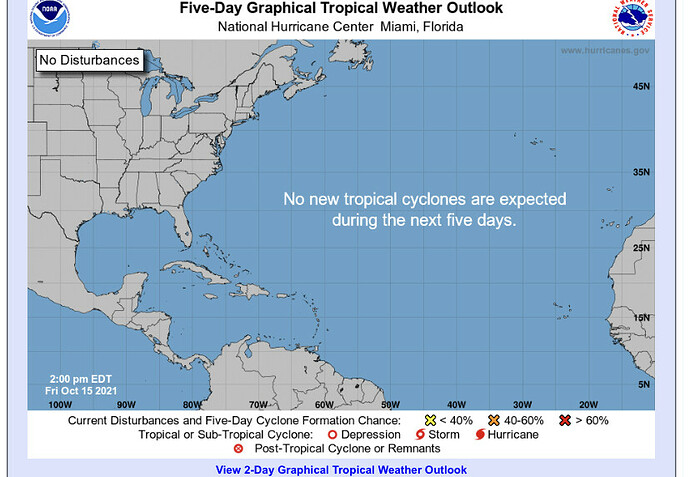 In 1996 I went on what I call my “Grand Tour” of the US. During the first month I was part of an organised tour, which travelled in a 12 person bus from New York to Los Angeles, via the east coast and the southern states. The tour then returned to New York along a more northerly route. However, I left the tour at LA because I wasn’t really enjoying being in the group, and I didn’t enjoy the fact that most nights we camped out at campsites. So I made my own way back, staying in hotels and flying from LA to San Francisco, and then to Chicago, and then back to NY. I enjoyed that a lot more.

Three years later, I decided to cover more of the northern half of the 48 states and I planned a month-long trip. I started in NY and the first stop was Philadelphia. Already I hated it. Because I realised that what I was doing — and was planning to continue to do — was showing up in a city, hitting its galleries and museums, and then moving on to the next one. It seemed kinda empty. So I quit after a week and flew back home.

There is an element of that feeling now that I’m my second week in Toronto. I’ve got my Top Ten things to do in Toronto guide, and I’ve been ticking them off. There have been highlights, notably the Royal Ontario Museum. But it’s also got a bit repetitious. I did the Van Gogh thing, a week later I did the Monet thing, which is basically the same. I did the Warhol exhibit and today I’m supposedly doing the Picasso one.

But here’s the truth. Yesterday I just hung out in the apartment. And that’s not the first day I’ve done that. I don’t know if this suggests there’s something wrong with me, but I don’t like the pressure of having to see all the sights and do all the things. I like being “at home”. I mean, it’s a great apartment. You’ve seen the views. I like views. As you know. And I’ve liked my boring routine of getting breakfast at Horton’s and then getting dinner from there, too. (It went horribly wrong yesterday when they had run out of all the dinner items I like and I spent an hour wandering the streets looking for somewhere else to eat. I ended up at McDonald’s at Union Station.)

So in a hour I’m due to be at the Picasso exhibit. I don’t know if I’m going to go. I feel like I’m being nagged by someone to do something I don’t really want to do. Like I’m being emotionally blackmailed into it.

What have I been doing in the apartment? Watching the entire run of 30 Rock. I like it. It’s funny. I actually spat out some water I was drinking because Tina Fey made me laugh so much. And I guess it’s comforting, too. It’s familiar and predictable. I’ve watched every episode at least twice before. (I’ve read that this kind of comfort binge-watching is a common strategy that people have been resorting to in these never-ending COVID times.)

I’m very interested to see how the WDW leg of this trip works out. We’ve talked before about non-Disney people asking why we go to WDW all the time. There’s a whole world out there, after all. But my recollection is that there really is something different about being at WDW (and UOR). It’s comforting and familiar, sure. And I don’t remember sitting in my hotel room thinking “I really can’t be bothered to go to AK today” in the way that I’m sitting in my apartment thinking “I really can’t be bothered to go to the Picasso exhibit today”. (I’m actually feeling a sense of relief as I realise I’m giving myself permission not to go.)

Because if it is like that it answers a question I’ve sometimes pondered: Given the enormous amounts I’ve spent on WDW trips, why don’t I spend the money instead on going to Singapore, or on an African safari, or an Alaskan cruise. I’m hoping the answer will be: “Because I don’t want to.”

It was only a couple of months ago that I went on that cruise and did my trip to Liverpool. What did I do in Liverpool? Tour the sites. It was fine, but two days was enough. The third day (after the cruise) was more than I needed. I was scraping the bottom of the barrel by then. (So 14 days in Toronto? It’s a lot. Sorry Torontonians.) As for the cruise? I spent a lot more time in my room, napping, than I imagined I would. And too much time drinking things I didn’t really like but which I felt I should because I’d paid for the package.

If WDW is as I remember it, then that’s tremendous news. You may remember that I had a plan to take my two friends, Anty and Stuey, to WDW. For a variety of reasons it looks like that trip will not take place next summer, but will be at Christmas next year. This means there’ll be a gap of 14 months between my visit to WDW next week (!!!) and that trip. The only other thing I’ve got booked for that time is a two-day trip to DLP. I realised that I could actually afford to take a solo trip to WDW in June next year, if I cancel the DLP trip. And that breaks the 14 months nicely in two and gives me something major to look forward to.

And maybe that’s enough for me. I think that might be all that I actually want.

I often get criticism from people who know me that my refusal to leave Calvin alone in the house overly restricts my life. I don’t go to the cinema, or the theatre, or restaurants (except dog-friendly ones). I stay at home with Calvin instead. Well, here’s the thing: I like doing that. It’s a positive choice to do that. It is what I want. Somehow this makes me feel guilty that I’m not having a life fully lived.

Last night I had a series of unpleasant anxiety dreams, one of which featured me getting a positive COVID test and not being allowed to fly to the US. It’s on my mind. The test is on Monday afternoon. The flight is on Tuesday morning. After all these thoughts, I feel even more strongly that I need to go to WDW. Not just for the break I’ve craved for so long, but to confirm that WDW is all I want. Twice a year, if possible. The rest of the time I’ll live my hermit lifestyle with my dog. It’s enough. Turns out, I’m not that fun a person.

I am looking forward to my side trip this weekend to Niagara Falls. It’s one of the wonders of the world. But I wouldn’t be surprised if I take the earlier train home. I’ll see it at night. I’ll see it during the day. I’ll go up the Skylon (twice?) and ride the Maid of the Mist (equivalent). That’s enough, isn’t it? Do I have to do all the other things, too?

I’ve clawed back even more of the expense of the decision to stay overnight at NF by realising that I really don’t have to stay at the Toronto airport hotel I’d booked for the night before my flight. It’s so easy to get from the apartment to the airport that there’s just no need to stay slightly closer to the airport.

Right. I’m not going to the Picasso exhibit. I’m going to Horton’s for an avocado club sandwich and an apple donut. Which I’ll bring back to the apartment and eat while I watch more 30 Rock. Because that’s what I want to do. I know I have other options. But I’m not interested in them. Sorry.

Somehow this makes me feel guilty that I’m not having a life fully lived.

Only you get to decide what is your life, fully lived. Good on you for doing what you want … or, er, not doing what you don’t want? I think staying in, eating food you enjoy, watching tv you enjoy, and reveling in that view sounds like an amazing vacation day!

Your vacation is YOURS to decide what to do! You shouldn’t feel any pressure to have the vacation someone else thinks you should have.

There is a LOT to be said for just being the person that you were created to be. We all think you’re a pretty fab version of you. That’s all we want for you!

I don’t even know who that someone else is. Other than a voice in my head.

who that someone else is

As long as you know it isn’t us!

the vacation someone else thinks you should have.

In 85 we took a 2 wk trip to Europe. Some bus tour that went to cities in the Netherlands, Germany, France, Switzerland and Austria. This Cathedral, that Museum.
In Lausanne for 3 nights, most opted for the additional tours, like Lake Como. DH and I took increasingly smaller trains until we wound up at the Schilthorn, where I discovered that if we took the cable car down, we could walk the 5 miles back to the train station.
Ah! well, not wilderness, but at least country! That was our vacation we should have had . . .