Everyone has been so helpful on this page so a few questions specific to MNSSHP. We will be there with our 4 year old. It will be a LATE night for him, but we plan to rest all afternoon. We will have to do the earlier parade (I know it is less crowded for the later one, but he won’t be awake for that). Has anyone gone this year? Is Frontierland the best place to view? What if we then want spots for the show? My in-laws (age 70) will be there and are also happy to save spots to watch-is there some place we should park them? Any help is appreciated!

I was just there with just DS5 last week for MNSSHP and he did fine. We stayed until 11 pm.

We staked out a spot in the circle by the Walt statue and it was perfect for viewing the parade as well as the fireworks show. Our view of Boo to You & the Not So Spooky Spectacular from the same spot, without changing locations. 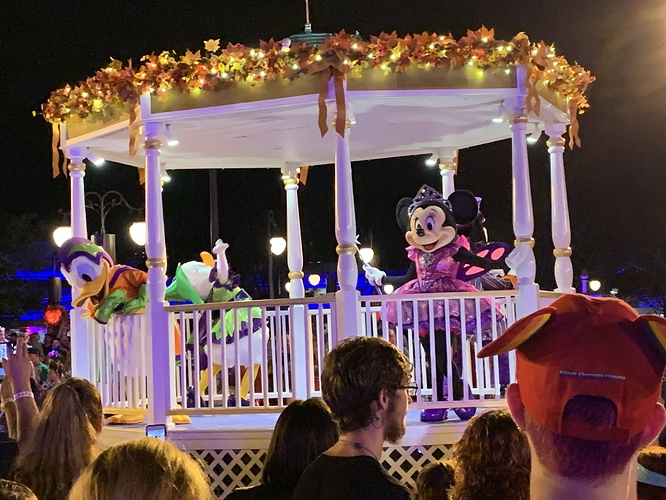 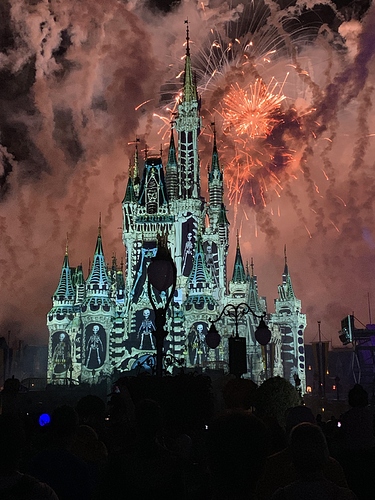 Thank you @terp05. Very helpful! About how early before the first parade did you arrive for the stakeout?

Only about 20 minutes. Most people were crammed up against the parade route. The circle by Walt was pretty empty when we arrived and stayed that way until just before the fireworks show. It filled in quickly for the fireworks, though.

Keep in mind this was an early party. Crowds were high, but they might be worse when we go back in Sept. If you end up going to that spot, we’ll probably see each other there. Look for the 30-something year old parents with a set of crazy 2 and 5 yr olds!

We will be there also… thanks for the helpful info! Look for older parents with a bored 21 year old and an 8 year old dressed as Cinderella or tink depending on how itchy the costume is

We will be there also…

Liner party at the Walt statue!

I’m only half kidding.