In 3 weeks, we will be taking my toddler to Disney for a quick 4 night trip to celebrate his 2nd birthday. I have not yet purchased memory maker and am struggling to spend the $150. I’d appreciate any advice on what I should do either way. Thank you!

I have used the Memory Maker on most trips. It is an added expense. You can have the Photopass Photographers use your camera/phone to take the pictures. With that said, I think it worth it, you get some great shots when doing characters meets, that the Photopass Photographer takes with his camera. This last trip was for 10 nights,we have over 600 pictures that they took. Every park we went to, we had pictures taken at some main spots, also as long as its not a character meet and greet, or getting dark, you can ask (but they might not be able to do it) but you can ask if they can do some extra Magic, which I found most of the time they will do. If this is his first visit, let the photographer know and they might do something special, like at MK and if he has Mickey ears on with his name, might have him face the castle with hands up. If you want a cost break down, I have heard, if you would get 10 8x10’s it would cover the cost. Also they now have the ride photos and videos, along with some beautiful stock photos included. You can also go in and add borders and stickers onto the photos and save those as a new photo.

Memory Maker can be really cool, if you use it. I suggest you read through this info and determine if you’ll actually be at/on any of these places/attractions. If not, it may not be worth it. I’m guessing you will not be taking your 2yo on any of the rides that offer video/pictures, except maybe Buzz Lightyear.

The freedom of not having to worry about carrying a camera (of course, you can use your phone, but nighttime pics are not as good), and to simply walk up to a photographer, have them scan your magic band and your all set, is pretty sweet. I would say, if you get over 10 pictures taken, it’s worth it! 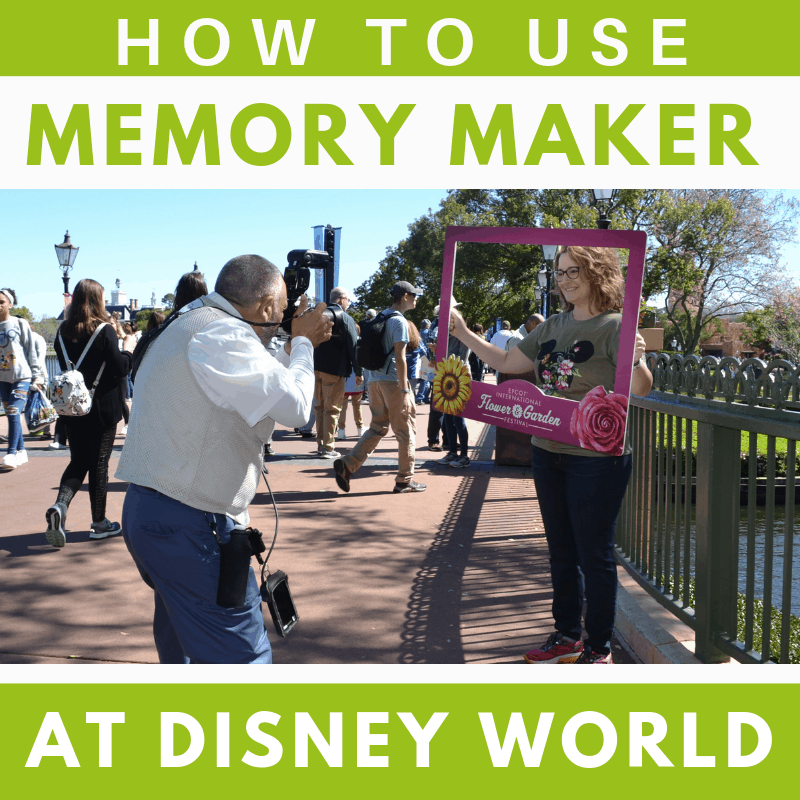 PhotoPass and Memory Maker are not the same thing. Here's info on what each one is and info to help you decide what to do during your trip.

We love MM and it is so nice not to have to focus on “are we getting enough pictures”. It seems like we used to have some vacations where I spent more time looking through my camera than I did enjoying what was happening. It is so nice to not have to worry as much about it.

Three weeks might be a little close but worth checking. Is there a January/Feb Liners Facebook group? There very well may be a MM liner share you could get in on. I did one last July. Basically one liner buys the MM and then creates an MDE account just for the MM and then you all have the login for it and download only your photos. We shared with 2 other families that overlapped with our trip and each paid $50. Might be a little close to get it worked out, but worth a try.

I love the Memory Maker. I love not having to worry about always pulling my camera out and getting the great quality shots in front of the Castle, Tree of Life, etc. The photographers always do fun pictures. We never had to ask them to do extra magic they just did it. We got over 500 pictures for our 5 day trip last year.

As a middle-aged couple with no kids, I would see no reason for us to have it (we don’t need a whole bunch of pictures of ourselves). But if I had kids, I think it would be a great way of getting a lot of family pictures.

I got the MM in November. Youngest person in the family was 17 and we had a blast with it!!! I’m sure little ones would have even more fun. We got more family photos of all of us together than we have in years. It was well worth it. The magic shots are the best part

Just go for it!

Will you be going back to disney in less than a years time?? If so you may wish to buy one annual pass. That will give you memory maker.

If you will not be stopping for a lot of pictures i would not do it. It is fun. I love having it. It is two adukts traveling. But you have to figure what you can do.

Either way enjoy your trip.

Stop contemplating. Just do it! It’s worth it, especially for such an occasion and with kids! You will not regret it. I could go on and on about why but you don’t need that right now. JUST DO IT!!!

The Jan Facebook group has already solidified MM share plans but one new liner just joined and was looking for a late January share. So there’s a chance to work out a 2-way split.

I agree!! It is so worth it for us!! It is so nice to not have to carry a camera around or to worry about getting your camera out all the time.

Thank you! I just requested to join

Do you know who approves the group requests? Still haven’t been added to the group yet. Thanks!

It’s possible the group admin is at WDW. I’ll send a message. Or if you’d like to send me your contact info, I could message it to the person looking for a share.

Thanks! My email is amykarr86@gmail.com

I don’t entirely understand how this works but this is person and I will be at WDW the exact same time. Can we still share?

Thank you for all your help!

I see you got into the group. Sorry it didn’t work out.