Marvel Studios' What If...?

Figured it was time to start a discussion around the new Disney+ Series " Marvel Studios’ What If…?"

On Wednesday, August 11, 2021 the first episode was dropped for all to consume. I do not think it is a spoiler to say that the first episode is around the concept of Peggy Carter being the Super Soldier “Captain Carter” instead of Steve Rodgers being “Captain America”. 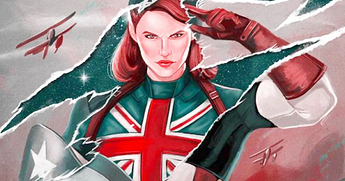 The belief is that this show is educating us on the rules of a Multi-verse and getting us prepared for the chaos that was created in LoKi. Hopefully, allowing us to accept the through line that will be propagated in phase 4 of the MCU through movies like Spider-man No Way Home and Dr. Strange and the Multiverse of Madness.

Trying not to spoil the first episode…

I loved it. That is not a big stretch for me, because I am a huge Peggy Carter Fan! It has encouraged me to go back and watch some of the early MCU movies to see how things are different.

My main complaint about the first episode is that it felt rushed. If you had not watched some of the movies in Phase 1 of the MCU (particularly Captain America - The first Avenger), you may be lost in the story line. I only wished they treated this more like the original movies and slowed things down a bit (stretch it out into 2 hours). Maybe I have just become spoiled with Loki, Falcon and the Winter Soldier, and Wanadvision with them being able to take the time to develop the story a a slower pace.

What did you think about the first episode?

getting us prepared for the chaos that was created in LoKi.

I hadn’t thought about how they’re connected. That’s great

What did you think about the first episode?

Only watched the first 10 minutes so far, but I’ll watch it all with DH soon. Liked what I saw. Loved that there are lots of original voices in it too!

DH and I just watched it. It was fun. It’s great that they’re using so many of the original actors for their voices in this animated series. It was fun seeing/hearing things that were in the original movie version, but maybe with a twist in this new version. Same, but different.

It makes sense that this series premieres after Loki, which got us introduced to the idea of a Multi-verse (if we weren’t already). This series looks like it can explore a different path each week. I’m looking forward to them!

What If has been a long time Marvel comic, and with how the multiverse has begun with the Loki finale, now was the perfect time to introduce the series to the MCU.

Yes, it definitely felt rushed. This episode basically crammed a 2 1/2 hour MCU movie into 30 minutes. However, it did hit all the major plot points that had occurred in Captain America: The First Avenger.

I absolutely love how so many of the MCU’s cast has come back to voice their animated counterparts. And those actors who didn’t come back are mimicked by talented voice actors.

One thing I hope is continued in this series as it was done in the comics is that not every story has a happy ending. Sometimes that small change caused catastrophic events.

not every story has a happy ending. Sometimes that small change caused catastrophic events.

That would fit into Loki canon too. The ending of the series definitely leaves you feeling uneasy. Something bad is imminent!!

I liked it. Curious to see what the next episode brings.

I also wish Disney+ would make another season of Agent Carter.

Ooh, I agree with that!

I agree! There were some haters out there for the show, but i enjoyed it.

I feel the way you said about it being rushed. I have watched all the Marvel movies at least twice and some many times but it’s been over a year since I’ve last seen the first Capt. America movie and I was asking my hubby questions non-stop because I don’t remember any of those details. The fact that I had to do research to watch it actually bothered me tremendously and made me want to bail. It’s also too much like a comic book for me as I’m not a graphic novel fan.

Edit: I mean I even felt the dialogue was fast…like I was listening to Six on Blossom.

And for example with Loki, you didn’t really need to watch the previous movies to enjoy or understand this show too much; just the concept that something different happened from the previous movies which caused this whole new set of events you’re watching now. That is not true for this show. You really need to know what happened before to enjoy it.

Haven’t watched yet, have to sync up with my daughter - we loved the Agent Carter series and have been hoping they’d bring it back for D+. Probably not happening, but one can hope.

I found that the behind the attraction videos were rushed (and too many cuts) as well - some people seem to be speaking at 1.5x or 2x as if I sped them up in my podcast app. Think they need to give the editing crew some yoga and zen classes.

OMG, yes! I was sad there were only 2 seasons. I loved that show!

Think they need to give the editing crew some yoga and zen classes.

or a large drink? or record it in one of the 18 states with legal marijuana? I mean your options are healthier but whatever it takes.

Seriously you made me LOL

Another fan of Agent Carter here! I would love to see them bring it back!

Thoroughly enjoyed it. Still a good bit of the Marvel humour sprinkled through it.

The limitless universe things really keeps you wondering. Was Steve about to become Iron Man, oh no, maybe the Winter Soldier?? Thrilling!!

I had wondered if The Watcher was actually going to turn out to be He Who Remains. The voice wasn’t quite right though. I googled it and it’s Jeffery Wright as The Watcher so I was wrong (I also didn’t recognise his voice at all).

Really really good. Ended up watching with DS10 (DH only half watched it) and he really enjoyed it too

So, he wouldn’t become the guardian of the soul stone in this universe.

If I have to find one fault with it, it’s the initial choice/time branch thing.

So Peggy chose to stay in the room instead of going to the gallery, but why would that mean that the Hydra guy (Richard Armitage’s character) was also on the floor?
Even if he was positioned differently as a result of her choice, why would he blow the place up before the experiment? He originally waited to find out if the experiment was a success before stealing the serum. Why would her choice change his plan of action?

I hope I’ve just missed something and that there’s a good explanation to counter me.

“Time. Space. Reality. It’s more than a linear path. It’s a prism of endless possibility, where a single choice can branch out into infinite realities creating alternate worlds from the ones you know.”

I guess you could relate it to the butterfly effect? Because of Peggy’s new position on the test floor, maybe it made the saboteur a little more nervous? Caused him to get a little trigger happy… That is how I would have tried to reason it through before LoKi.

You could also argue we are being led down a path with infinite possibilities where all the different realities are branching out of the sacred timeline. With every single decision that is no longer being pruned by the TVA and “He who remains”…The possibilities become endless. 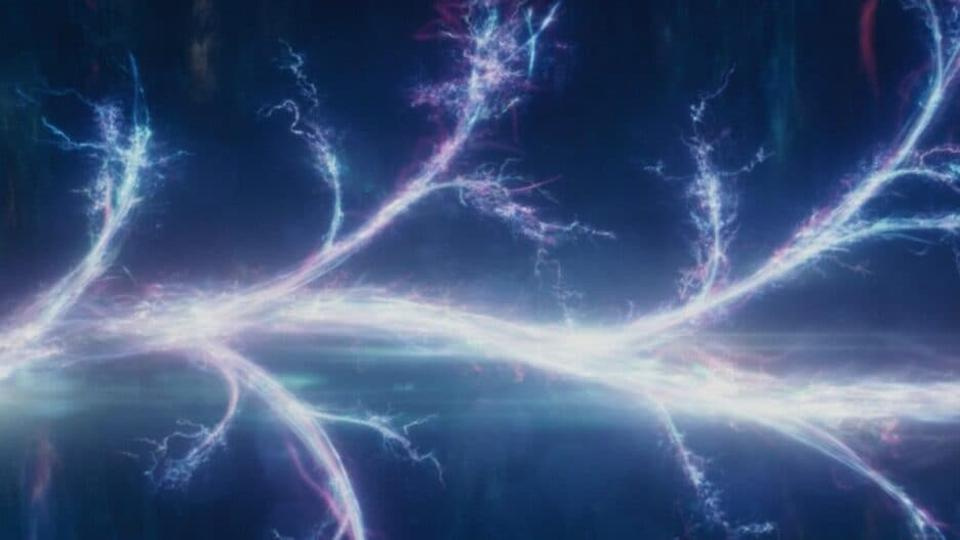 I like to think of it as the moment Peggy stays in the room, all bets are off that anything that happened in a timeline we have seen before. You could even argue we are not even in the same Universe anymore. We may be getting a glimpse into another one.

I did not read many of the comics when I was younger, but what I have picked up is that we live in the universe Earth-616. Maybe this story is not part of Earth-616 (the universe and timeline we have watched in phase 1-3).

It is getting a little confusing.

I LOVED it. Even better than episode 1 IMO.

Loved Captain Genocide and the collector at the end ‘Oh Karma!’.
Did you spot mjolnir (not sure if I’ve spelled that right) and CapAms shield in the archive? Spooky!
And @TwoBits was spot on with the unhappy ending!! Although, I did like how the story we were invested in wasn’t the unhappy ending and that it was just hinted that Ego (is that Kurt Russell name, I’ll have to check) sees his plans to fruition!!

All in all, excellent stuff and I can’t wait for the next episode

ETA Oh and the tribute to Chadwick Boseman at the end

Has this show been in the works that long that he managed to record his part before he passed?? So glad of that. The returning cast was excellent for this episode. I loved that Djimon Hounsou voiced his character because he was so different in this episode than any character I’ve seen him play before.

Loved episode 2 as well. Again, it did feel rushed, but i guess I need to accept that and move on.

…and yes unexpected tear at the end.

Was great, better than the first!