For fun, who would you cast in the various roles? Please ignore all age, race, height and gender requirements in the character descriptions.

Character descriptions can be found in this link.
https://jobs.disneycareers.com/auditions/

Or read them here:

CAPTAIN : Seeking a mature, commanding actor with strong improvisational abilities to portray the Halcyon’s Captain. She is a worldly Pantoran with a rich, diverse history and dedication to her vocation. She is a strong and charismatic leader who has served as a well-respected ship commander for some time and demands the attention and focus of every room she walks into.

CRUISE DIRECTOR : Seeking an effervescent actor with strong improvisational abilities to portray the Halcyon’s Cruise Director. She is a human with the capacity to learn that life is about more than the fun of the moment, and draws inspiration from the efforts she sees being made to bring harmony and justice to the galaxy. A born cruise director who loves travel and adventure, she is a cheerful and harmonious people person.

SHIP MECHANIC : Seeking a friendly and engaging actor with strong improvisational abilities to portray the mechanic. A youthful human with big dreams, his enthusiasm sometimes outpaces his capabilities, and, as a result, he tries to present a braggadocios front to mask the vulnerability of being far from home.

THE FIXER : Seeking a confident and engaging actor with strong improvisational abilities to portray The Fixer. Character portrayed is a well-traveled, devil-may-care human. A convincing and handsome schemer, he uses his charm to his advantage as he seeks out associates to enlist in his criminal enterprise. His calculated and conniving approach is an intellectual dance; a paso doble that leaves passengers wondering… was he the bull or the matador? Actors with sleight of hand tricks a plus and are encouraged to prepare a demonstration of abilities.

FIRST ORDER LIEUTENANT : Seeking a charismatic and engaging actor with strong improvisational abilities to portray the First Order Lieutenant. Character portrayed is human and working his way up the ladder. An ambitious officer of the First Order, the Lieutenant is new to his position of power, and is working hard not to let us know that. He doesn’t see a line between abusing and leveraging power.

SABER TRAINER : Seeking warm and engaging athletic actors with improvisational abilities to serve as Saber Trainers. Character portrayed is Patient and well-composed instructors, Saber Trainers serve as expert wielders of the lightsaber and he/she/they take cruisers through a physical demonstration. Prior sword/saber experience a plus as the role requires the ability to confidently brandish a lightsaber.

THE FIRST-TIME CRUISER : Seeking a youthful and friendly actor/guitarist/singer with strong improvisational acting abilities to portray The First-Time Cruiser. Character portrayed is a Togrutan who aspires to be more than the “alien next door”. This hopeless romantic is a friendly and earnest musician who happily serenades his fellow guests as he aspires to impress the Galactic Superstar. He is a strong rhythm guitarist with a happy go lucky, easy going musical style. A struggling singer/songwriter looking for his big break. Vocal range low C to high A; Low tenor/high baritone.

GALACTIC SUPERSTAR : Seeking an actor/vocalist with strong improvisational abilities to portray our Galactic Superstar. Character portrayed is a Twi*lek who commands respect and flame-roses at her feet. Operating in a legally-dubious world of galactic intrigue while fighting for her race’s integrity and freedom, she is also a phenomenally soulful singer who demands focus in every conversation and performance alike. Her vocal range is preferably that of a Mezzo Soprano and her musical style is a hybrid of neo-soul, jazzy, funk, colored by her extensive travel and experiences.

REY : Seeking a dynamic and athletic actor with an athletic, slender build and strong improvisational abilities to portray Rey. Rey is a survivor, toughened by her life as a scavenger on the harsh desert planet of Jakku. Despite dismissing herself as a “no one”, she learns that her life is being shaped by the mysterious power of the force. Actors with prior experience or knowledge in stage combat, Wushu, martial arts or hand-to-hand are encouraged to attend.

KYLO REN: Seeking a dynamic and athletic actor with improvisational abilities to portray Kylo Ren. A menacing Force-sensitive warrior, Kylo is driven by his connection to the dark side to achieve his ultimate goal of galactic domination. Actors with prior experience or knowledge in stage combat, Wushu, martial arts or hand-to-hand are encouraged to attend.

Well based on the height requirement, I think there’s only one person on the forum qualified to play this role:

I’ve edited post #1 to ignore race and height as well as age and gender from the descriptions.

This part disqualifies me from every role, even if the rest of the description was middle-age and uptight.

Oooo, can I apply? May or may not strike down her students with their own lightsaber…

I nominate @bswan26 as Galactic superstar although he may be a bit too baritone to be mezzo soprano, @OBNurseNH as Captain, @AllmadhereUK as Cruise Director ‘cause she brings harmony to our daily thread. Let me think about the rest…

I tried to get my DS21 to apply - he would be great as a Saber Trainer! He graduates college this month, so really it’s practically fate that these job openings are posted. He’s not nearly as enthusiastic as I am. Claims that a sociology major renders him unqualified. I think his star wars geekiness makes him overqualified.

exactly how many “(late teens-20s)” humanoids are even on this forum?

i’d suggest to remove the ages from this little experiement.

exactly how many “(late teens-20s)” humanoids are even on this forum?

Judging from the typical response on this forum, I would say that most are that age or younger, at least for emotional development.

I’ll be the Captain! 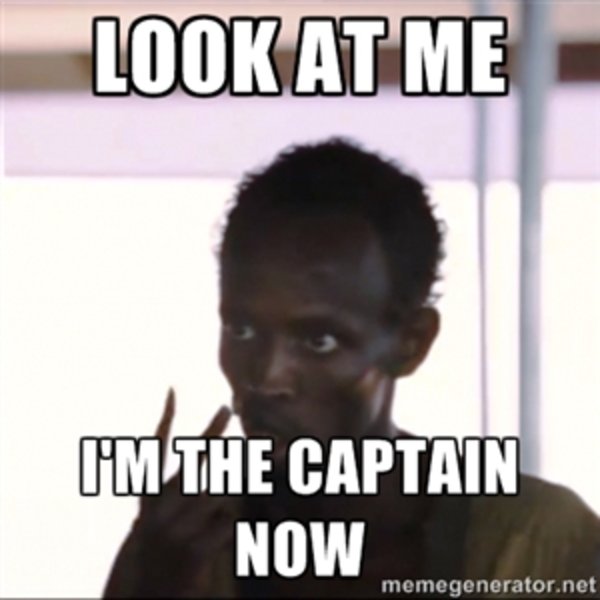 I’ll be the Captain!

Annnd into the first black hole we come across.

And also, all of this is true:
“She is worldly Pantoran (40s-50s) with a rich, diverse history and dedication to her vocation. She is a strong and charismatic leader who has served as a well-respected ship commander for some time and demands the attention and focus of every room she walks into.”

I removed all heights. I am not rewriting it to remove the race (not that many mean anything to me anyway).

yeah, into a black hole. I literally just said that.

all of this is true:

A little too on the nose, actually. Leaves little “acting” to be required.

I would not get into the black hole.