I understand it all depends on the day and the crows, etc. I guess what I’m really wondering is, are there the same amount of FP available every day? Do they offer the same number of FP for a given ride on a crowd level 8 day as they do a 5? I’m looking at my TPs for December and trying to plan for the rides I think I’ll be most likely able to get a 4th or more FP in the afternoons. Most of the days we will be there will be 4 or 5 crowd level. I’m seeing a lot of FP available during the afternoon in last couple weeks with higher crowd levels than what we will be experiencing. Should I be confident that those FP (its a small world, buzz lightyear, winnie the pooh, etc) will be as plentiful in December?

I think the number of FPP per ride or day are likely a secret sauce Disney isn’t going to share the exact recipe for.

But, TP has done some great blog posts analyzing what they know about same day FPP availability - and they just updated it last month. While nothing is written in stone, these charts might help you: 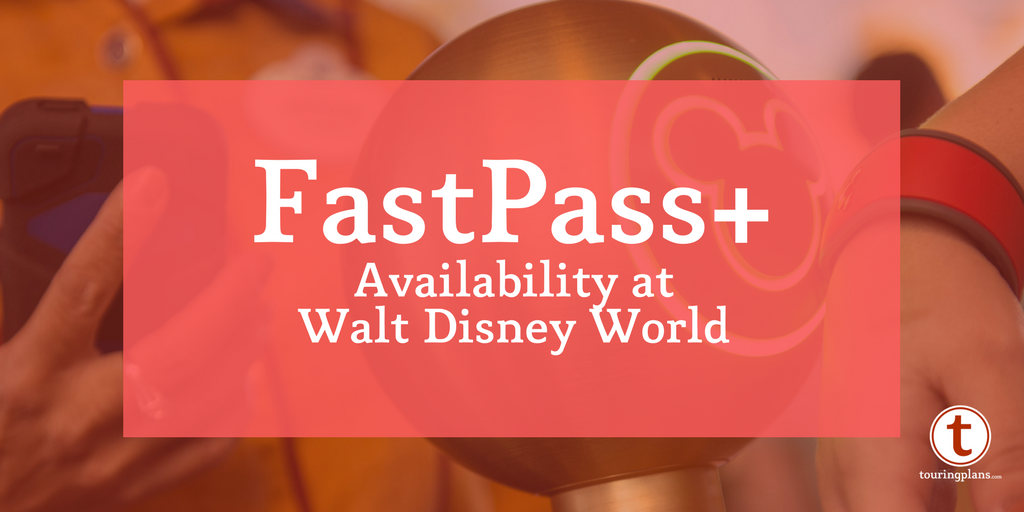 Analysis of availability of FastPass+ at Walt Disney World.

thank you! this is great.

How many people in your party? With just 2 of us for level 6/7 days we were able to get FPP for everything all day long except FEA and 7DMT. We got 12 FPP one day, one after the other.

I also wonder if the above data will change with the crackdown of the SDFP thingie. Folks area already reporting better and more plentiful FPP availability.

There will be four of us. Imagining 12 FPP in one day is too much excitment!

I just did two people across four days. We did not ride standby on anything. CL 4-7. Work those rolling fastpasses!

Man you did better than me…I was able to get 10 in one day in August with a crowd level of 9 for four people.

Have they changed something? Are you allowed to get a 5th FP after you have used the 4th? or are you talking about the phantom SDFP to get these extra?

This week, I had scheduled a Test Track FPP for Epcot and then Figment and Spaceship Earth. We were able to get FEA and Soarin later on and were out of the park by 5:00. Yesterday, we decided to cancel our Epcot FPPs and head to Magic Kingdom and ‘go wherever the FastPasses took us!’. We ended up arriving at 9:30 and did via FPP: Splash, POTC, JC, HM, IASW (lunch at Crystal Palace) and then Space, Buzz and without FPP for my son, Stitch. We were out of the park by 3pm to catch the Tragical Express. This was for 3 people in what seemed to be a pretty busy park. I think we rode standby for maybe 4 rides the entire week we were there.

This has me rethinking my touring plans.