I am trying to help someone. Looking at the Kidani map: 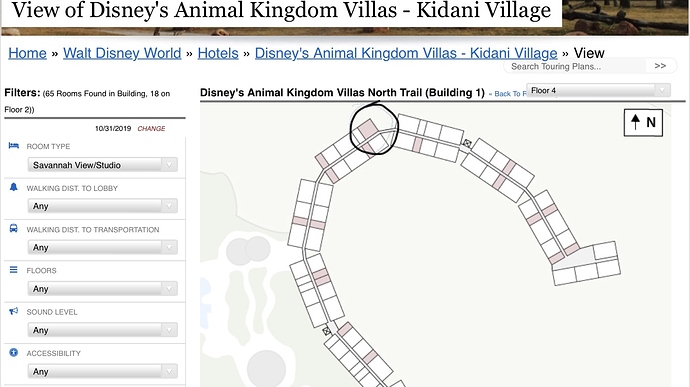 The circled studios seem to be different. There are no notes that I can find that explain this. Are these rooms bigger than the other studios?

I wonder if it’s a mistake - probably should be the one next to it. across the hall from the other studio

Yep, they’ve circled a 1BR, not a studio.

So the map is a mistake? The search is for studios and that shows up.

Are these rooms bigger than the other studios?

All the Value studios are in Jambo House. Some of the existing accommodation there was converted to DVC, which resulted in some rooms being smaller - these are the Value category. Kidani Village was purpose built for DVC, so all rooms in the same category (i.e. Studio, 1BR etc) are identical.