Another reason for you to be in DLR more often.

I’m going to visit DD in SD and DS in Irvine next week. I do have a DLR stop planned for snacks and some gazing!

Thanks! Yes, he decided on SDSU. He is waitlisted at Cal Poly, but doubt there will be much movement there, so SDSU it is. He is thrilled though, knew when we visited last summer that is was likely going to be his top choice.

In recent years, we like Homewood Suites. Specifically, the 2 bedroom, 2 full bath rooms. It has a living room and a kitchenette with 2 burners, microwave, dishwasher, and full sized fridge.

There are other locations in SD County.

Enjoy sun, sea, and time together at our iconic California beach resort, blending idyllic charm with golden-era allure for the ultimate seaside escape.

Imo everyone should stay here at least once.

This is why I loved San Diego

I have stayed there once! My dad took us when I was in high school. I’m worried to look at the prices.

That hotel is exactly why I was married at the wedding pavilion at WDW. Because it has a window overlooking the Grand Floridian which was modeled after the Del. I’ve never stayed at either hotel, but bucket list items for sure.

I was a nanny once a long time ago and stayed there with the family I worked for! Then later spent several weeks on Coronado Island although not at the hotel. I loved it there.

I haven’t stayed there but I did go there for dinner one night almost 10 years ago in December. It was beautiful.

Grand Floridian which was modeled after the Del

And the Mount Washington Hotel in Bretton Woods, NH 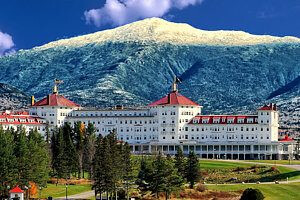 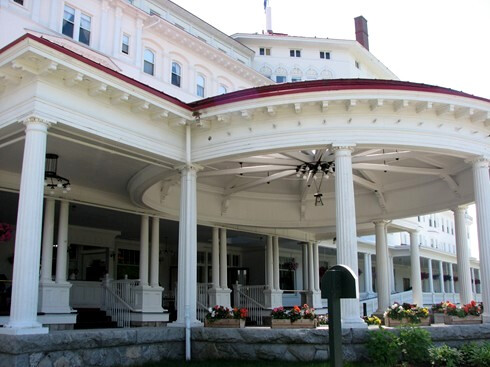 There I have stayed, many years ago. Beautiful outside the rooms were not so much. Just remember being there in the summer with no AC. Hopefully this has all changed in the last 25+ years

the rooms were not so much

Really? My rooms have always been beautiful. Definitely appointed in the older style harkening back to the hotel’s origins, but absolutely beautiful

I wonder if that has been updated? I was last there in the winter so no AC needed

At least that’s what I am remembering from so long ago. Perhaps I was not at an age to appreciate the charm.

When picking a beach for us to enjoy in San Diego we specifically picked Coronado for the Disney tie-in. (Our last trip to WDW we only had 2/4 kids and they were 4 and just barely 3 but one of them actually remembered our last day at WDW going to the GF and eating bfast there our last morning before flying out & thought the hotel in our sight looked awfully familiar to it).

If I were to make a questionable parenting decision and show my boys (5 and 7) either Guardians or Indiana Jones, which is better for prepping them for those rides? I haven’t seen guardians and I haven’t been on either ride.

Are you asking which movie to show your kids?

Indiana Jones and the Last Crusade is the only one of the three (cough, four) Indiana Jones movies that I would show to kids. Even that one has some scary parts (and one love scene that mostly goes over their heads, though there is some passionate kissing, including biting of the ear. Also a scene toward the end is a little gruesome. Definitely don’t go anywhere near Temple of Doom. Raiders is great, but also has some disturbing scenes that might scare kids.

Guardians is very crass. More violence than Indiana Jones, but it’s CGI so kids are more used to that (almost cartoonish). I would go for IJ first myself.

Oh, to answer your question about which prepares for the rides, I would show your kids another Marvel movie that has Guardians in it (Infinity War or Endgame). They just need to know who the characters are generally.

Any of the Indiana Jones films would be good prep for the ride. Again, it’s just about knowing the character and his shtick.

I showed my kids Raiders first, and just had them close their eyes during scary parts, and I may have judiciously fast forwarded once or twice.

This is what i did w jurassic park movies. They dont need to see the kitchen scene lol