Off to Disney for 48 hours in the Bubble!! 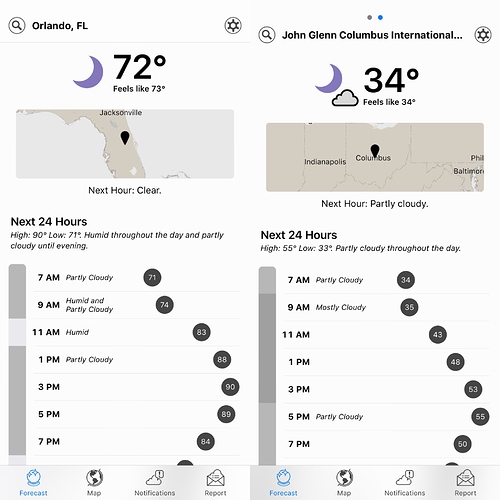 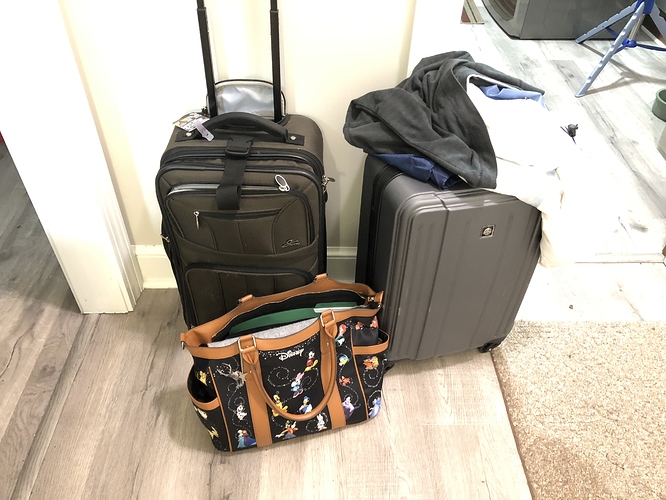 Have fun!
2-5pm looks like a perfect pool break, after lunch, imo.

I’m also in the Columbus area! Have fun escaping winter! (Lol, how did we go from summer to winter? What happened to fall?)
Have a great trip!

Hope you have a fabulous trip!

Have a great trip! Oh & I love that Disney bag!

We are heading to Disney springs to do the Void, then late lunch at Art Smith’s homecoming, then off to MNSSHP…there will be no resting lol

It’s been an awesome day so far. Loved The Void, checked out the new dog treat store at the Co-op and had a great meal at Art Smiths Homecomin. Then headed to Wilderness Lodge and took the boat to MK. In line now for the 7 Dwarves meet & greet! 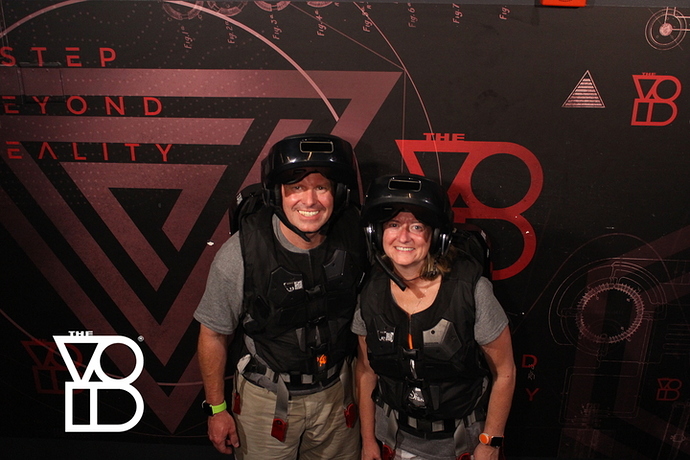 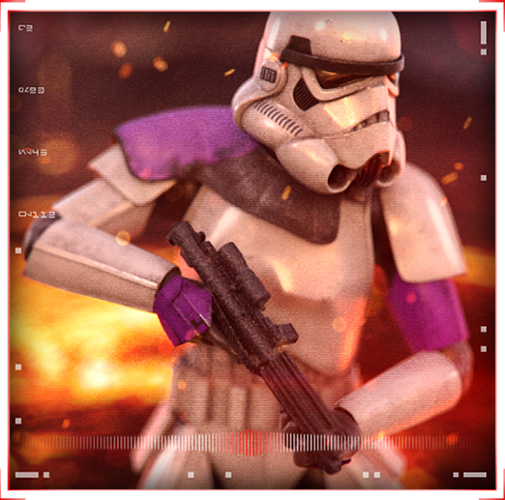 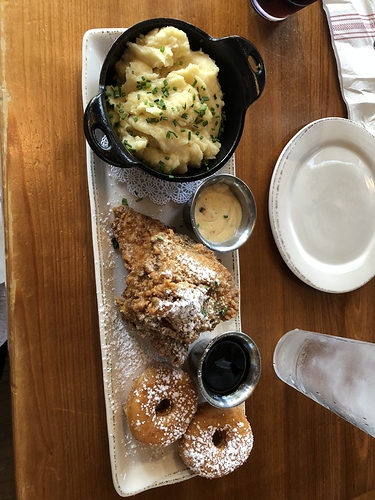 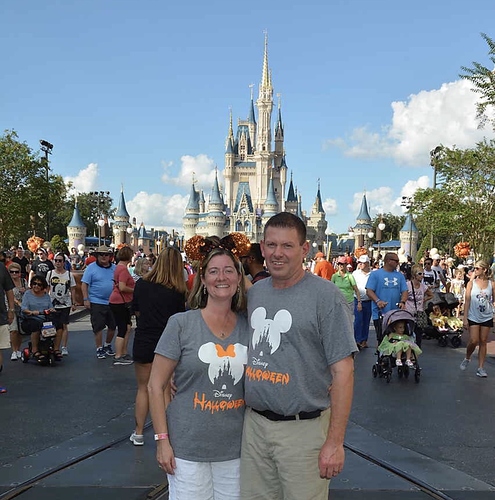 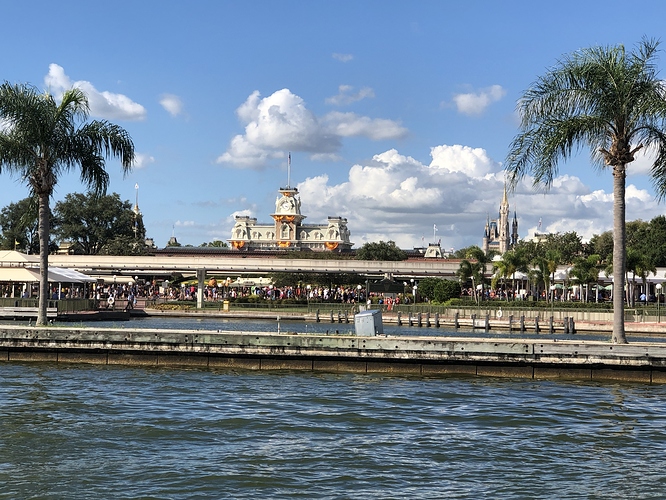 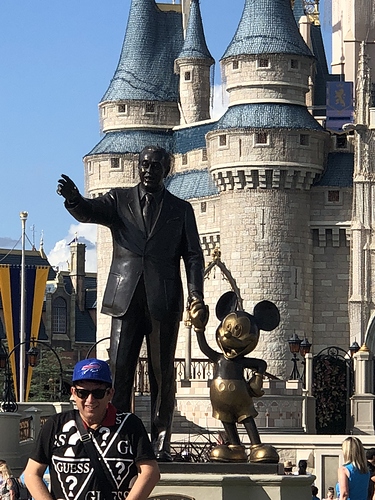 What a gorgeous day! Looks like you’re having a fun time - I want to hear more about The Void. What was your experience like?

The Void was AWESOME!! I have never done anything VR related and wasn’t sure what to expect but my gosh was it realistic. Like, amazingly so. Highly recommend. My fiancé is a huge Star Wars fan and absolutely loved it. If we weren’t going back home so soon, he’d do it again in a heartbeat. I’m short and have a relatively small head so it took some doing to get the helmet to fit me well but it didn’t hinder anything. The battery pack you put on just like a vest and it wasn’t cumbersome or heavy. We had purchased tickets and only had to wait about 5 minutes. Being an party of 2, we had one other person join us (you go in groups of 4). Let me know if you have any other questions!

A few more pictures - loved the magic shots at the Halloween party this year!
And finally got to get a picture with the 7 dwarves! Rode Mine Train for the first time (loved it) and saw fireworks as we rode the people mover. All in all, a fantastic day! 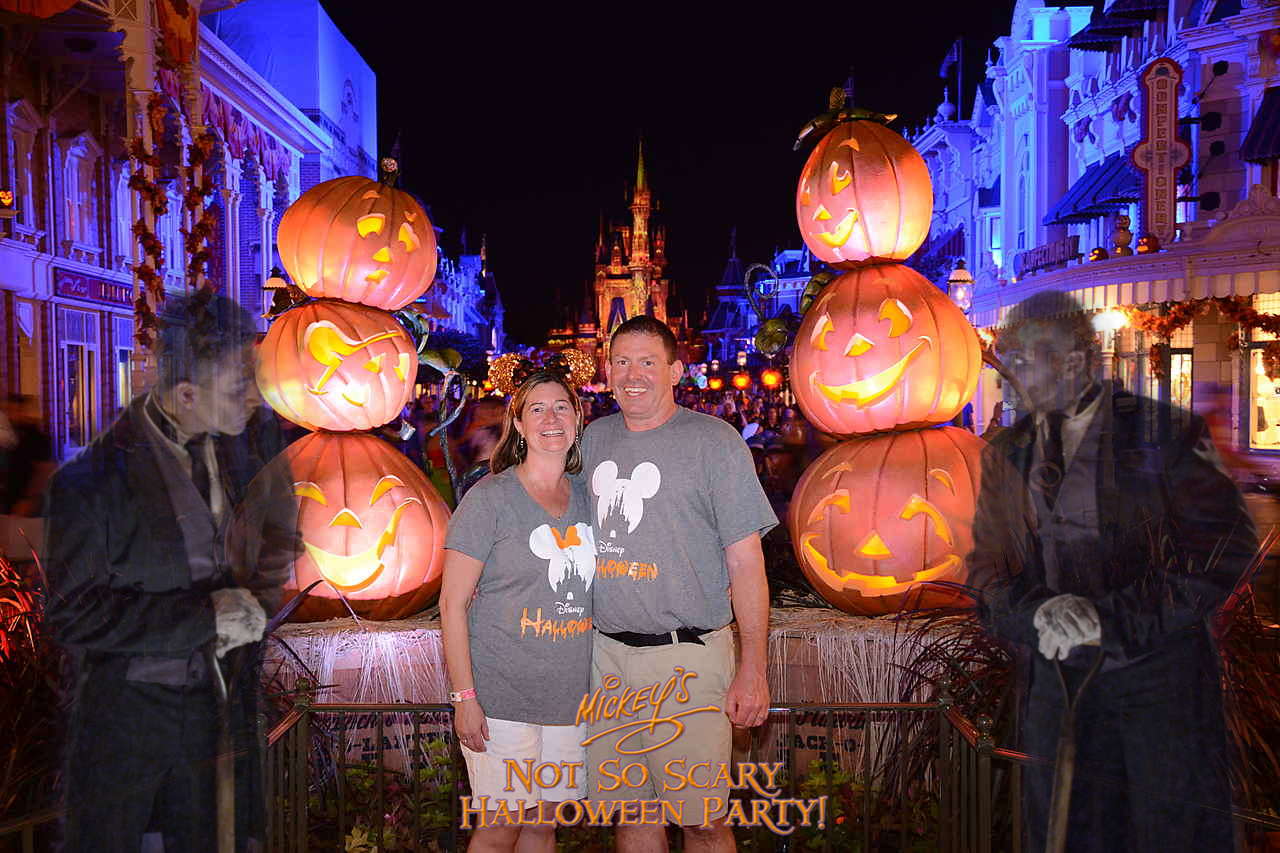 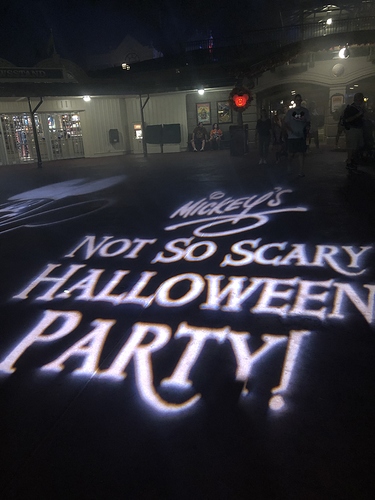 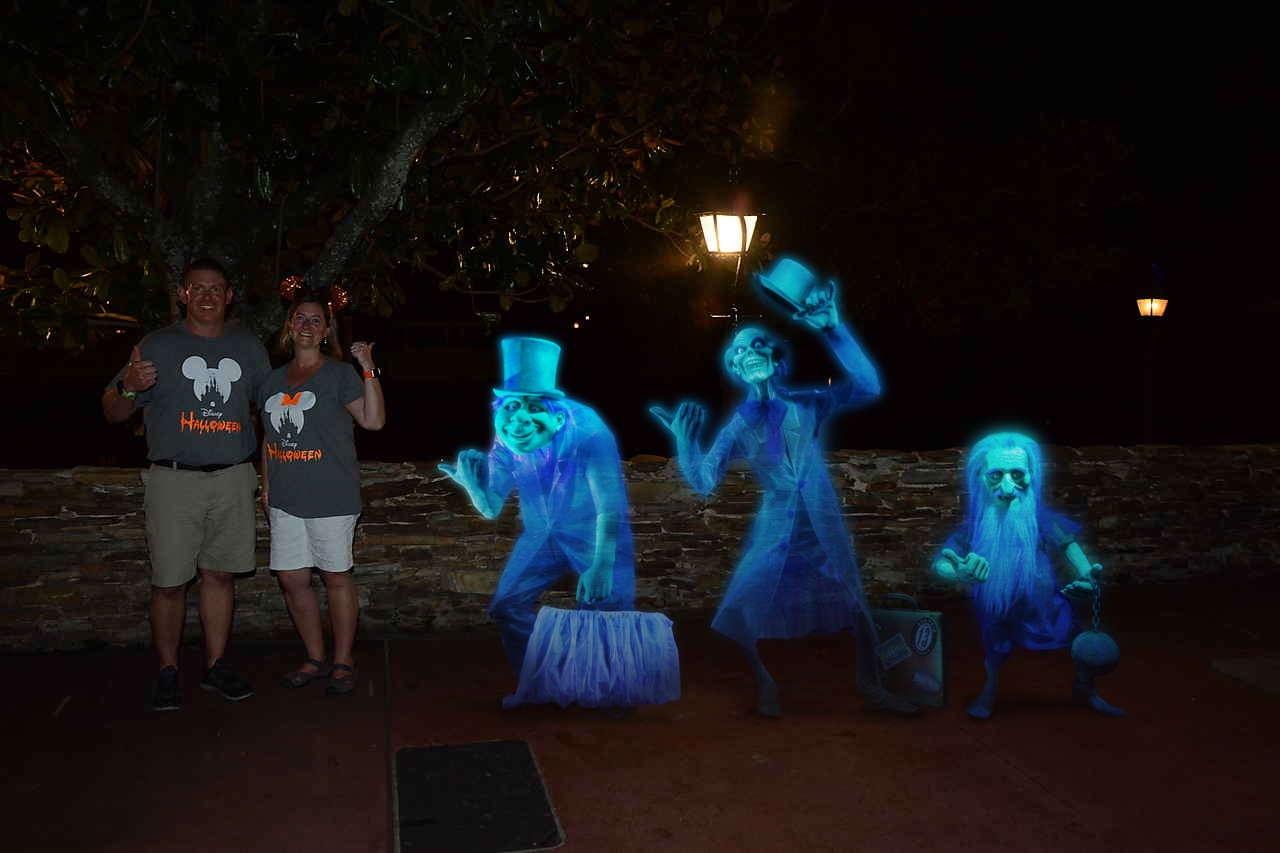 Great pics - looks like you are having a wonderful time.

Thanks for this - I have a feeling I’ll have the same issues with the helmet but we’ll be putting this on our “must do” list.

Our last day turned out to be just as great as the first. We woke up early to head to HS for EMM at TSL. I love TSL! I love the colors, the playfulness, the nostalgia…for us (2 adults), it was so worth it. We had virtually no wait, rode SDD twice and the others once. The longest wait we had was only about 5- 8 minutes for SDD. 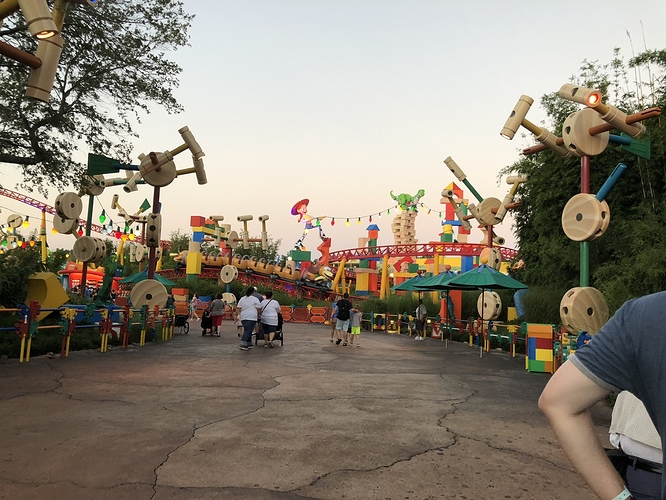 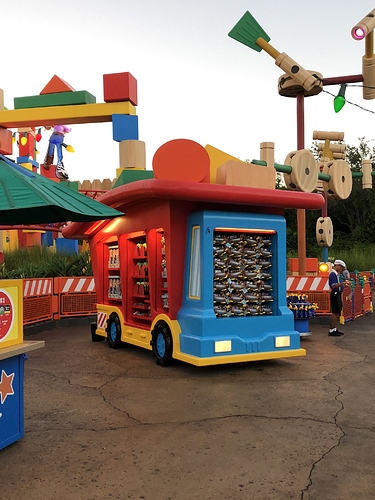 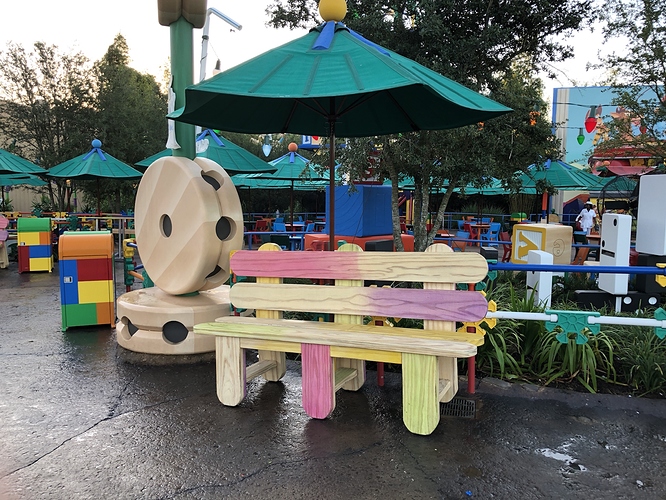 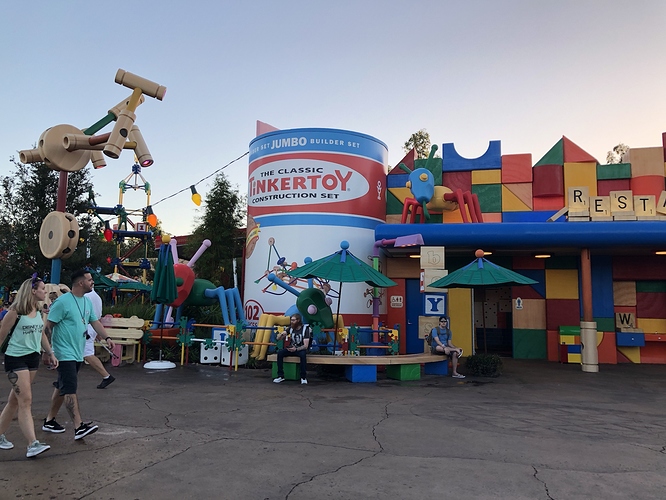 Breakfast was good, I tried the Mexican egg bowl (can’t remember the actual name) and I really liked it. Fiancé tried the chicken strips, donuts and sweet potato barrels and he said they were ok. The pastries, fruit, yogurt and cereal was a nice option too. 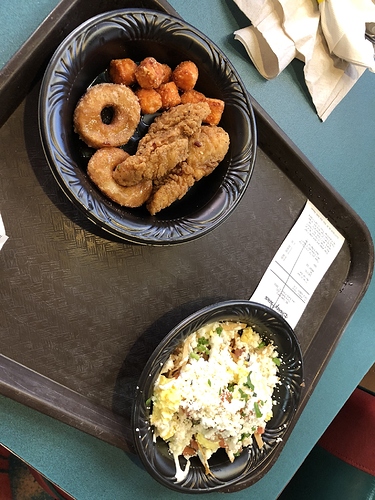 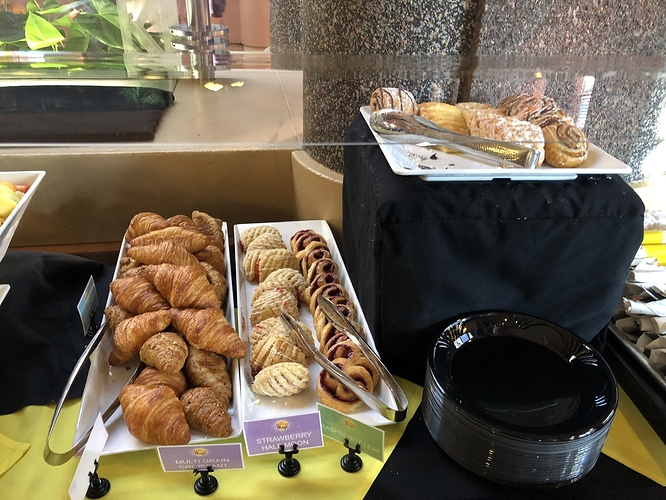 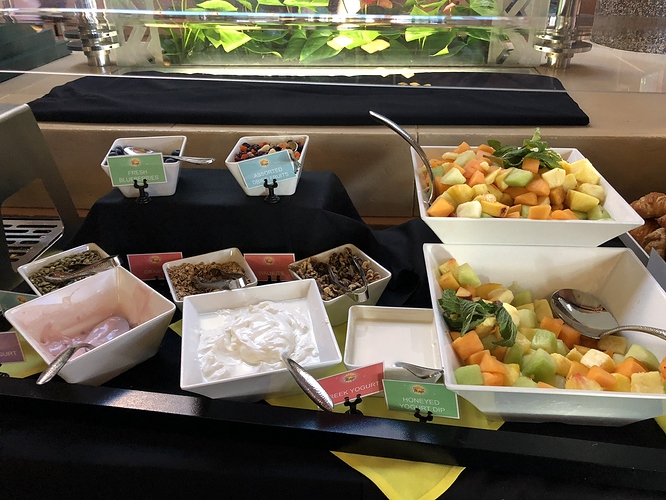 Next we hit Star Tours, ToT and RnRC all with virtually no wait. We were heading out of the park to head to Food & Wine by 10:00. But, I saw Donald Duck so we had to stop. That was our longest wait of the morning, but worth it 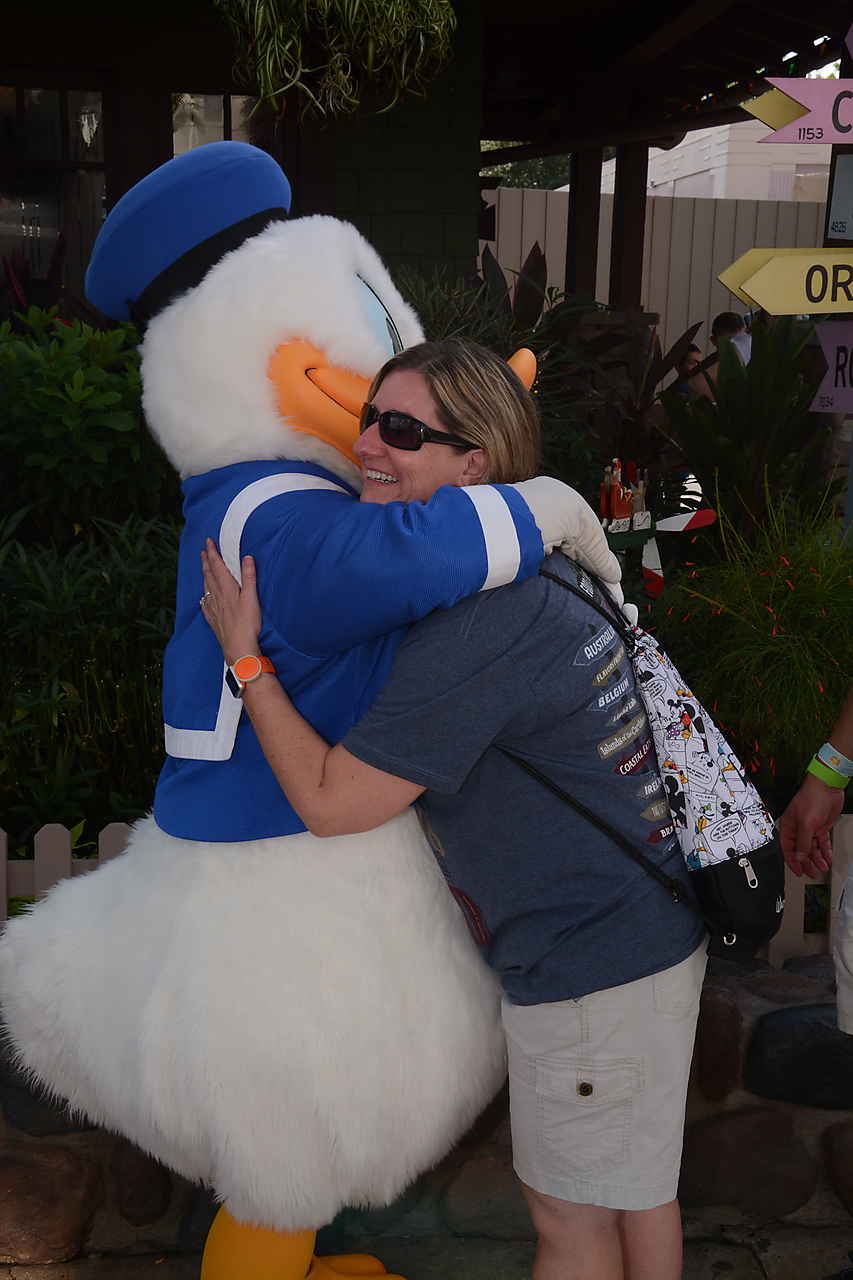 We Got on the boat to go to Epcot (it was so so hot and humid) but got off at Boardwalk to hunt down the Halloween refillable mug (success!) and then walked to IG at Epcot. Then our food and wine tour began. We stopped at Ireland, Canada, and France. 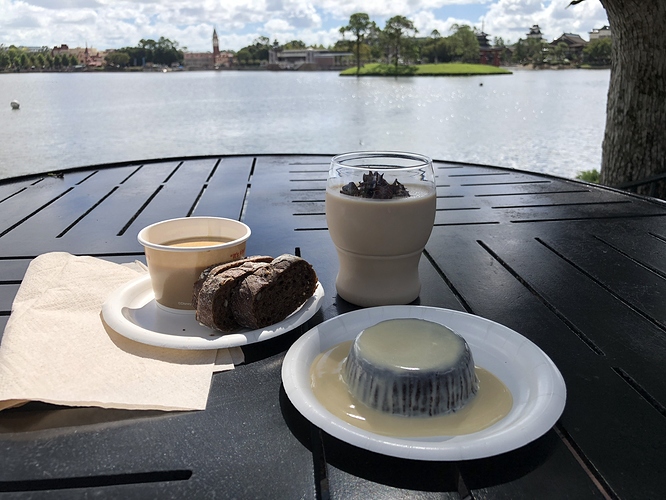 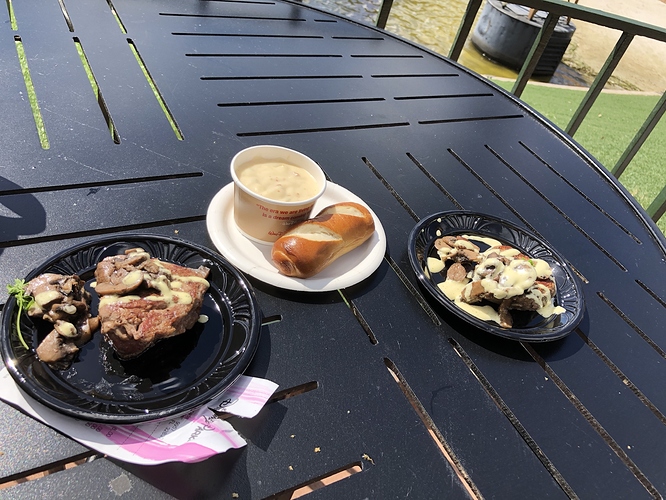 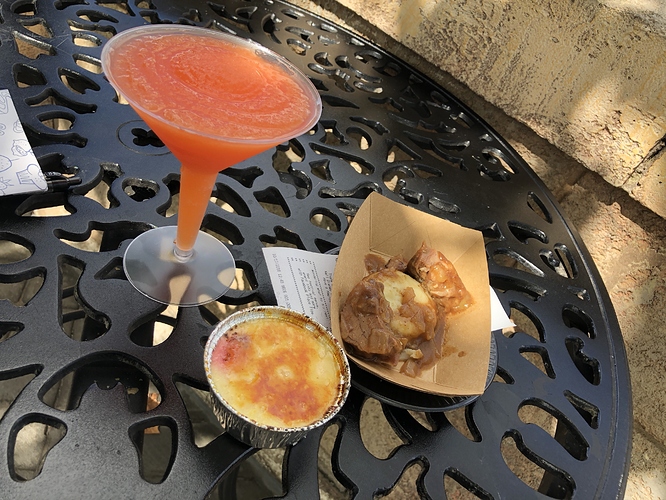 All of it was so good but we were stuffed so decided to head to FS and use our Soarin FP+, the land and figment. Hit up the seas and spent a lot of time at the aquariums. Did SE and went to club cool. By this time (about 4:00) we were exhausted so walked back to IG and walked to Boardwalk and got a walk-in table at Trattoria Al Forno (their garlic bread appetizer is so good). 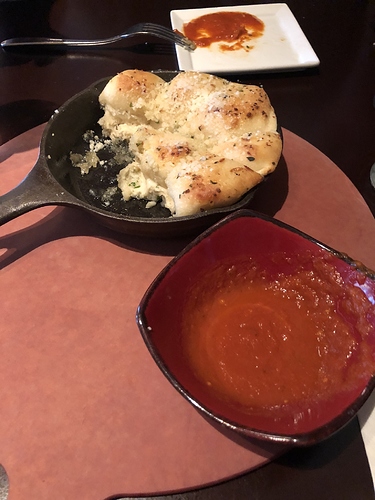 Next we headed back to HS for a FP+ for ToT again. When we rode it in the morning, I saw the amazing views of Galaxy’s Edge but fiancé missed (he is huge Star Wars fan) so we had to ride again so he could see it

Then we headed to the Star Wars Galactic Spectacular dessert party. Came in very close contact with some storm troopers, ate more desserts than we should have, met Chewy and BB-8, watched the show and finally headed back for the long walk to the busses (that walk is no joke!). 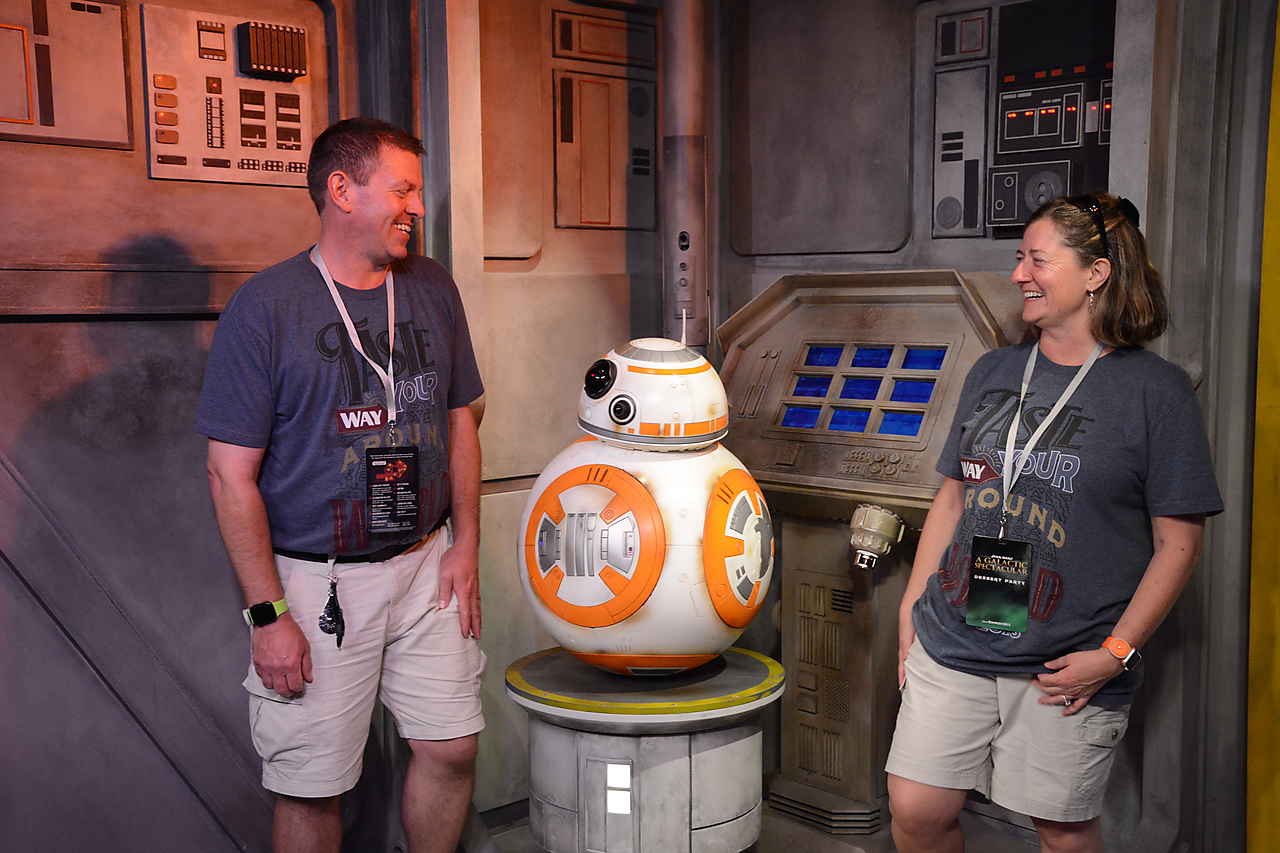 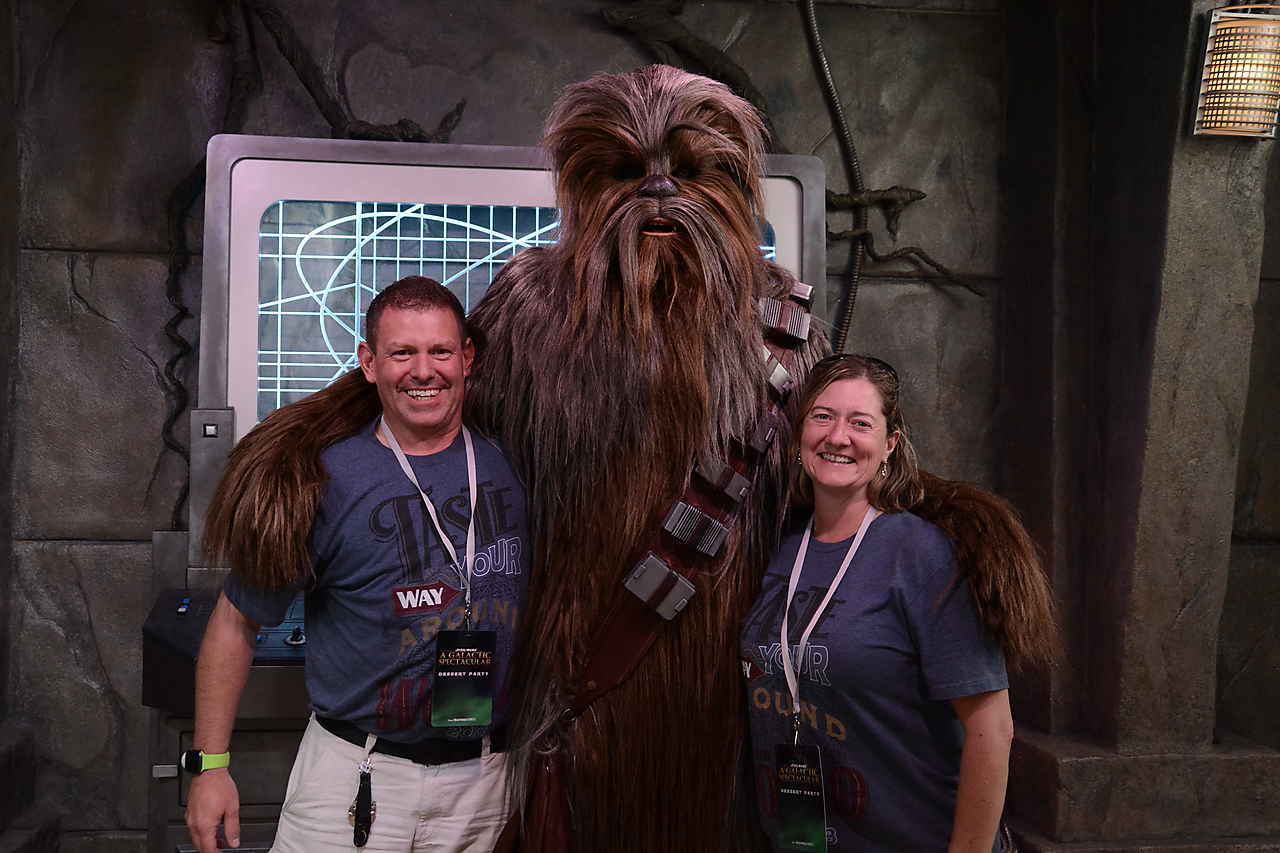 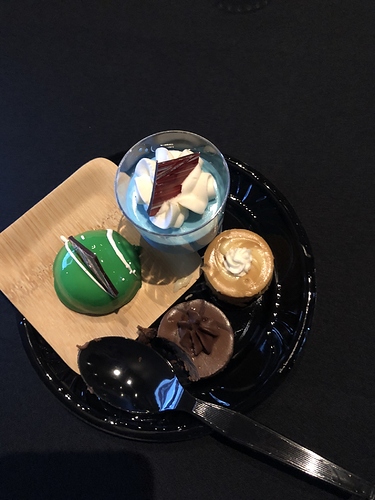 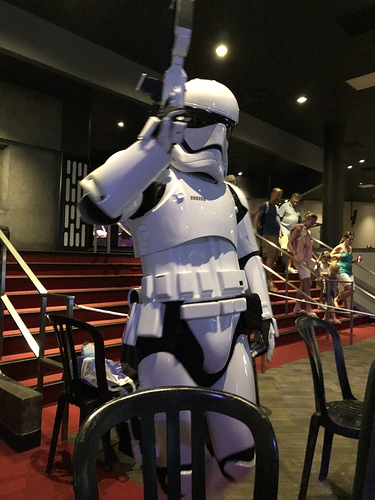 So finally, we are back at the hotel, have to get up in less than 5 hours for the Tragical Express. We walked over 11 miles today, are exhausted but had an unbelievable, magical, awesome time!!!

Thanks for following along!